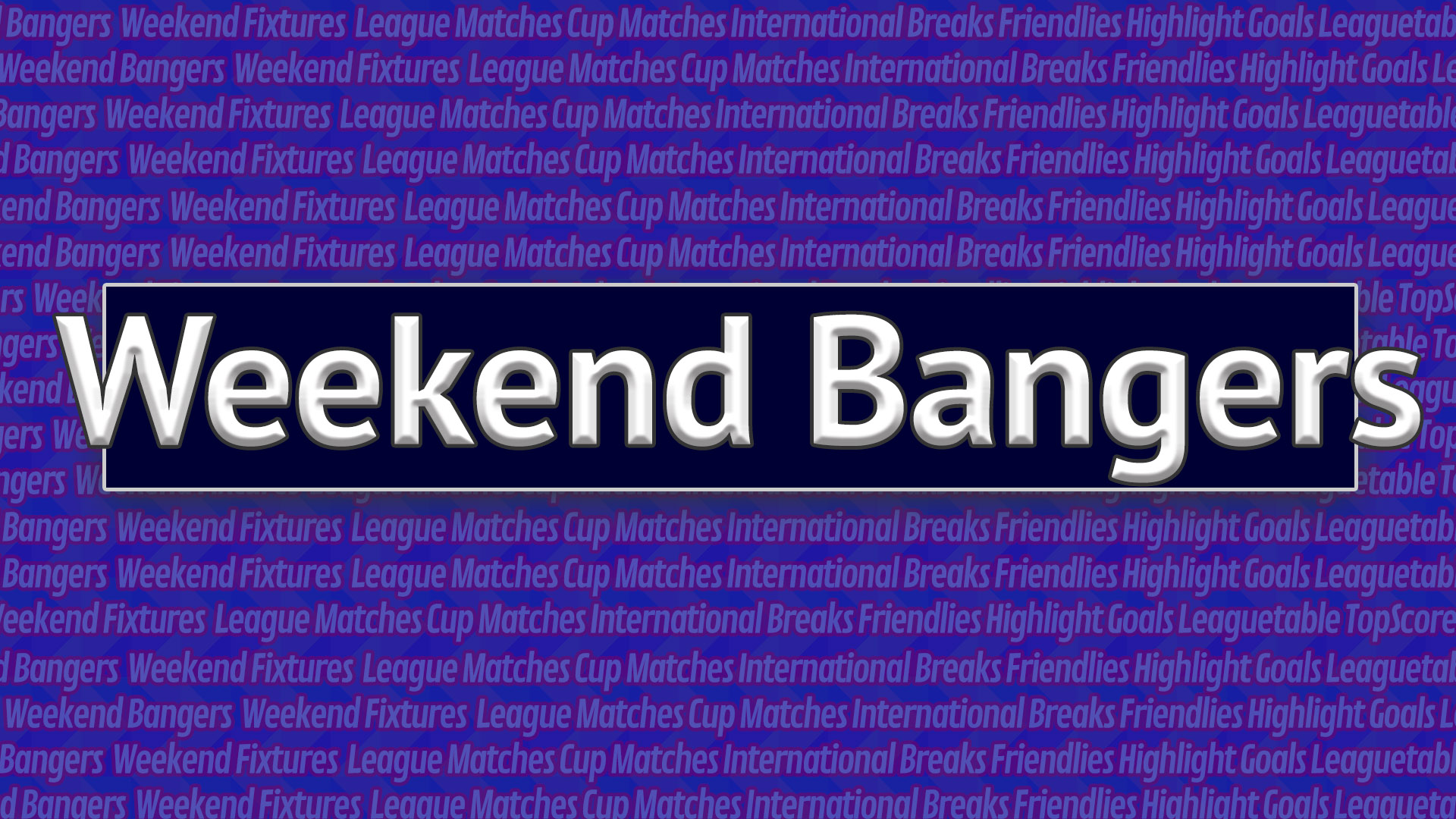 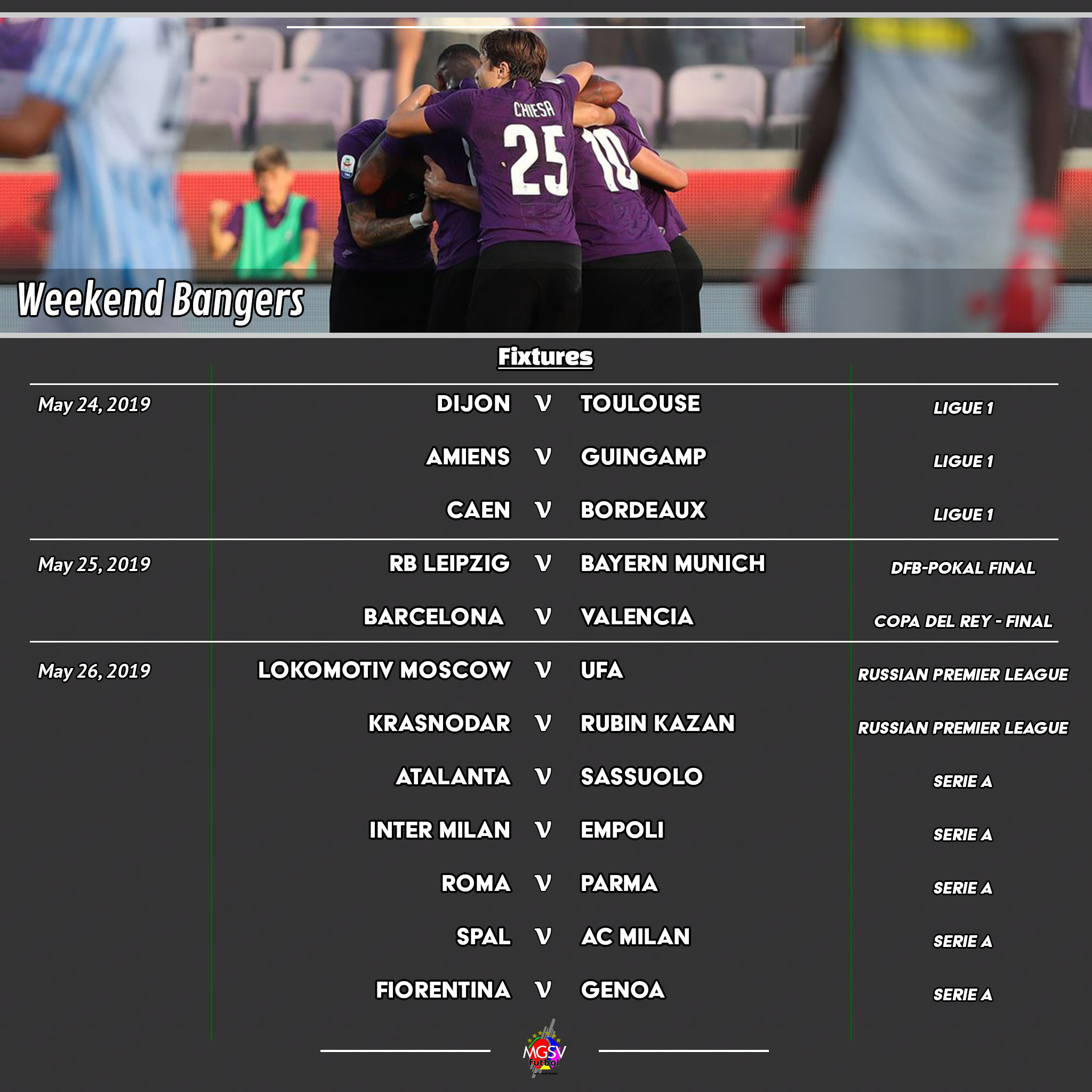 Italian Serie A
In the final round of the season, Lazio and Torino will open the round to see which side finished in 7th, Fabio Quagliarella will have a chance to extend his lead at the top of the goalscorers list when Juventus comes to visit Sampdoria, and Genoa will need to do the necessary to survive relegation.

The final two Champions League spots remain for grabs.
Atalanta did themselves a huge favor by getting a point in Turin against Juventus.

Current Standings at the Top 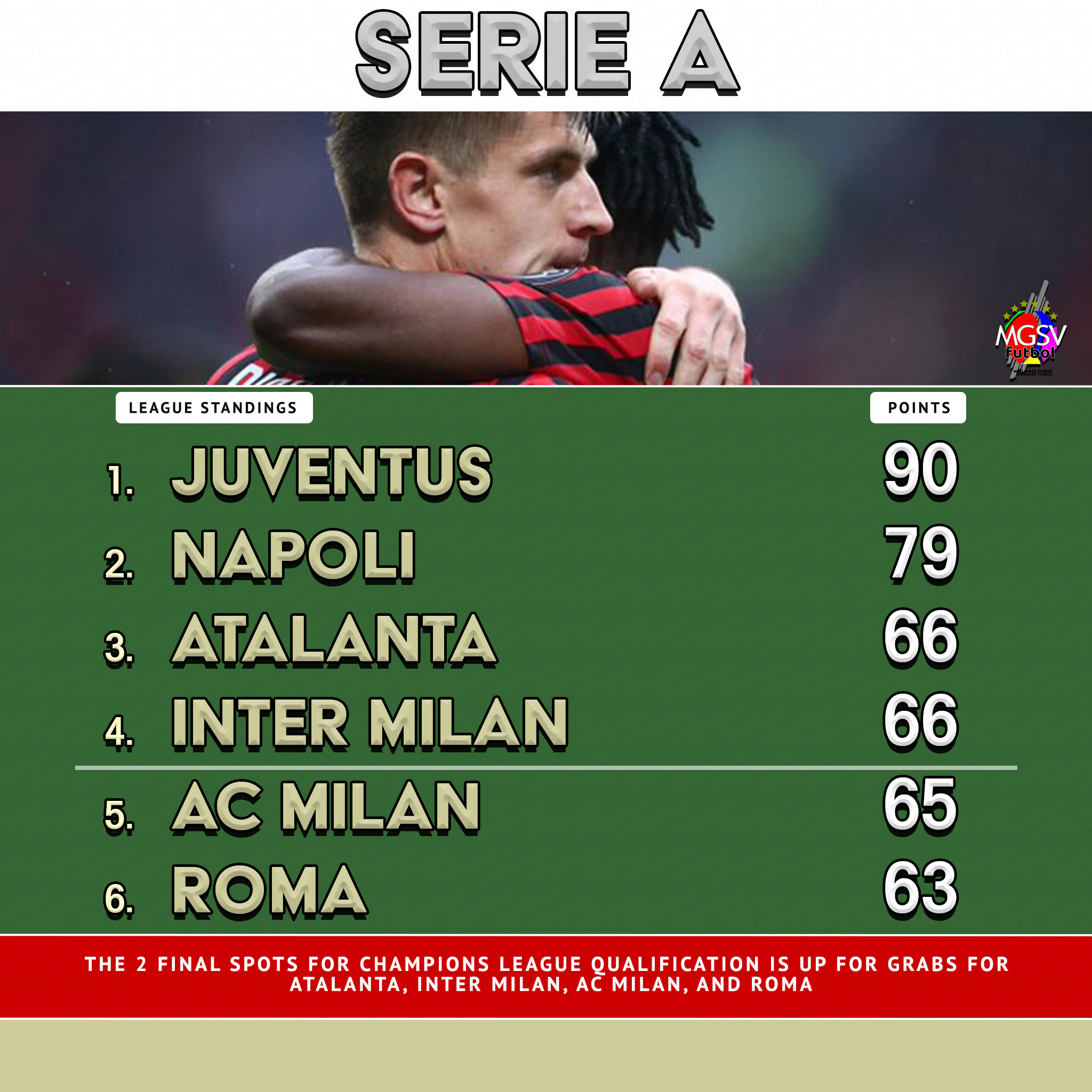 Fixtures for the teams in contention for the final two tickets to 2018/19 Champions League
May 26, 2019
Atalanta vs Sassuolo
Inter Milan vs Empoli
Roma vs Parma
SPAL vs AC Milan

40 points might not be good enough.
As things stand at the bottom end of the Serie A standings, these four teams are the relegation candidates that are to complete the list with Frosinone and Chievo Verona.

The Weekend Fixtures for the four teams.
Fiorentina vs Genoa
Cagliari vs Udinese
Inter Milan vs Empoli

It is a must win for Genoa.
Empoli mist win if Genoa wins

Ligue 1
With the battle for a place at the top end of the league table settled, all that remains on the final day of the 2018/19 season is the relegation battles.

The teams involved in a relegation battle will have the backing of home support on the final day of the season. Amiens, Caen, and Dijon will be playing as host in desperate need of 3 points.

Dijon vs Toulouse
Amiens vs Guingamp
Caen vs Bordeaux

Dijon will have a final push for the relegation play-off chance by getting 3 points from Toulouse.
Amiens will likely secure safety from a draw at home against Guingamp.
For Caen to skip going through the relegation-playoff, they must beat Bordeaux and hope that bottom-table Guingamp can help with a victory against Amiens.

Marseille vs Montpellier
A victory at home for Marseille will see them take 5th in the final standings place from Montpellier.

Russian Premier League
One more match left in the season to find out which team is joining Zenith St. Petersburg in the Champions League. 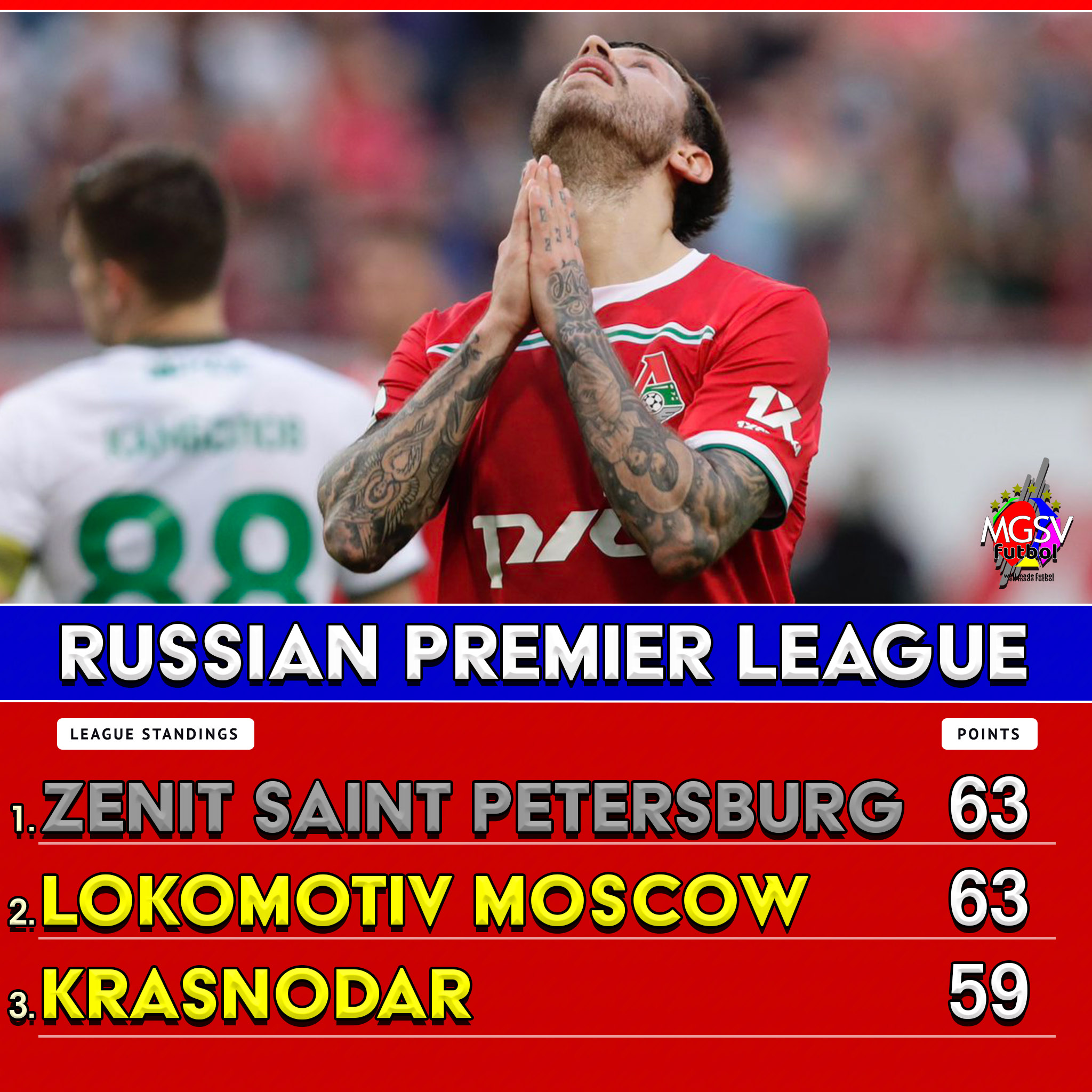