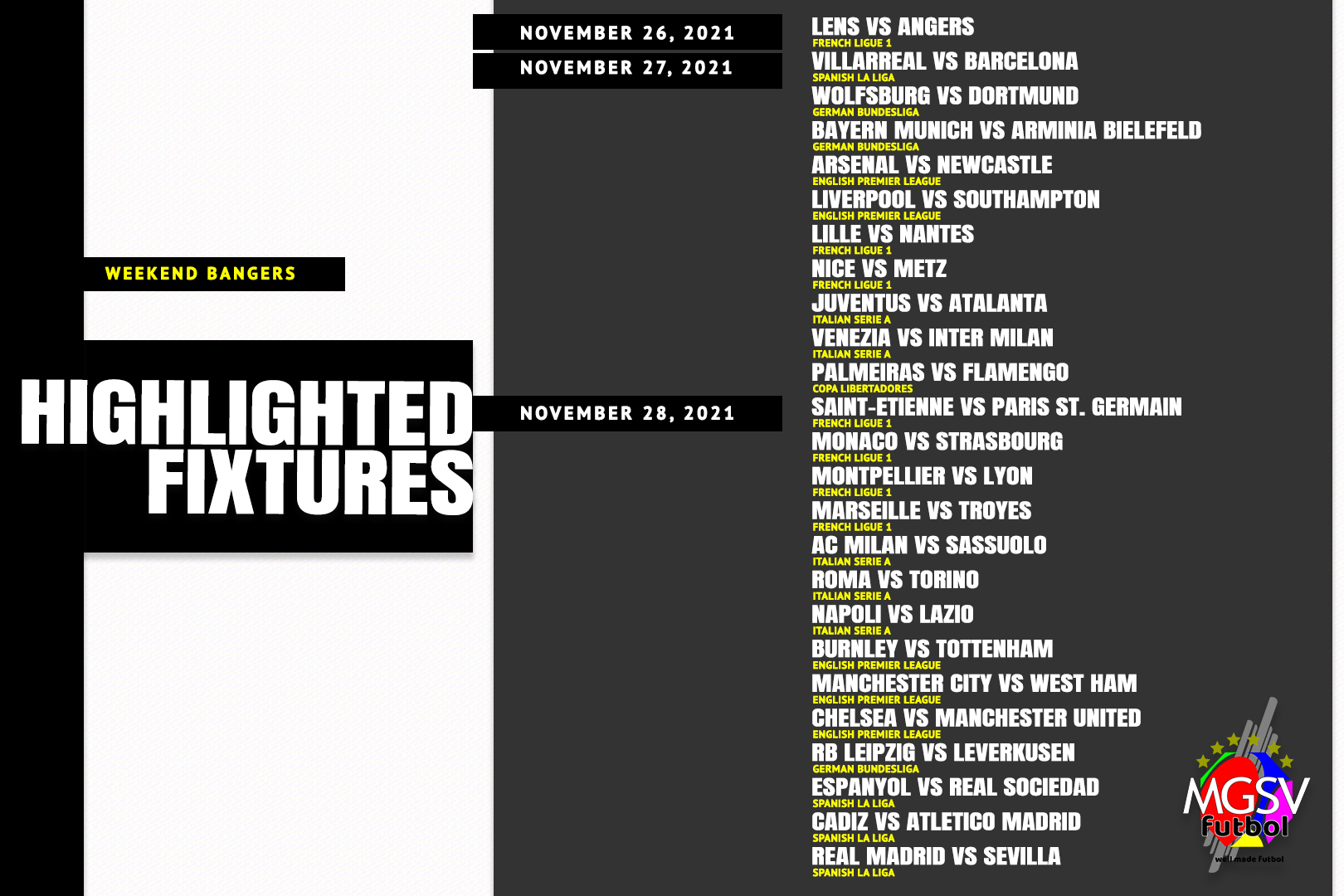 Nice, Rennes, lens, and Marseille are all in search of the points to help cut the lead.

Nice will have bottom tabled Metz. Rennes are in Lorient,
Lens point-lead on Angers will be wiped out if they don’t win.

Marseille and Lyon have games in hand after the postponement of their last round’s fixture.
Marseille host Troyes while Lyon goes to Montpellier.

Lens vs Angers
Lille vs Nantes
Nice vs Metz
Saint-Etienne vs Paris St. Germain
Bordeaux vs Brest
Lorient vs Rennes
Monaco vs Strasbourg
Reims vs Clermont Foot
Montpellier vs Lyon
Marseille vs Troyes

Inter Milan will have a chance to close in on the top of the table. the reigning champions will be fully back in the title race
Atalanta keeps their 4 points lead on Juventus with a draw in Turin, or even do better by taking the three points with a win.


GERMAN BUNDESLIGA
With a point separating Bayern Munich and Dortmund in the title race, both teams will be going in for the maximum points.
Bayern Munich at home to get the three points they dropped in the last round at Augsburg.

Dortmund will be at Wolfsburg for points from a Wolfsburg side touching distance from the ‘top four’.

RB Leipzig can wipe out the point gap if they beat Leverkusen.

SPANISH LA LIGA
Both teams have a game in hand.
Sevilla moves above Real Madrid with a win.
Real Madrid keeps the top spot with a win; pushing Sevilla out of the top four.

Atletico Madrid and Real Sociedad will look for the result from their respective fixtures to take advantage of the ‘Real Madrid vs Sevilla’ results.

Barcelona has many reasons to get a win at Villarreal.


ENGLISH PREMIER LEAGUE
Chelsea will need a win at home against Manchester United to keep the three points lead they have in the title race.

Arsenal will be planning to bounce back from defeat at Liverpool with a win that keeps Newcastle without a win into the 14th round.

Since Burnley is relegation zoned and with just one win, they should be the ideal team for Tottenham to pick three points from.

COPA LIBERTADORES.
The title will remain in Brazil.
Two Brazilian clubs will be in Uruguay to contest for the 2021 Copa Libertadores trophy.

27 November 2021
Palmeiras vs Flamengo
Anything is possible in a one-off final.
The indicators will point to a Flamengo to win their third title because they’ve been the better performer in the Campeonato Brasileiro Série A, and also made it to the final with more control of the results of their game. But as five-time winners and reigning champions, Palmeiras need one more victory to extend their stay with Copa Libertadores