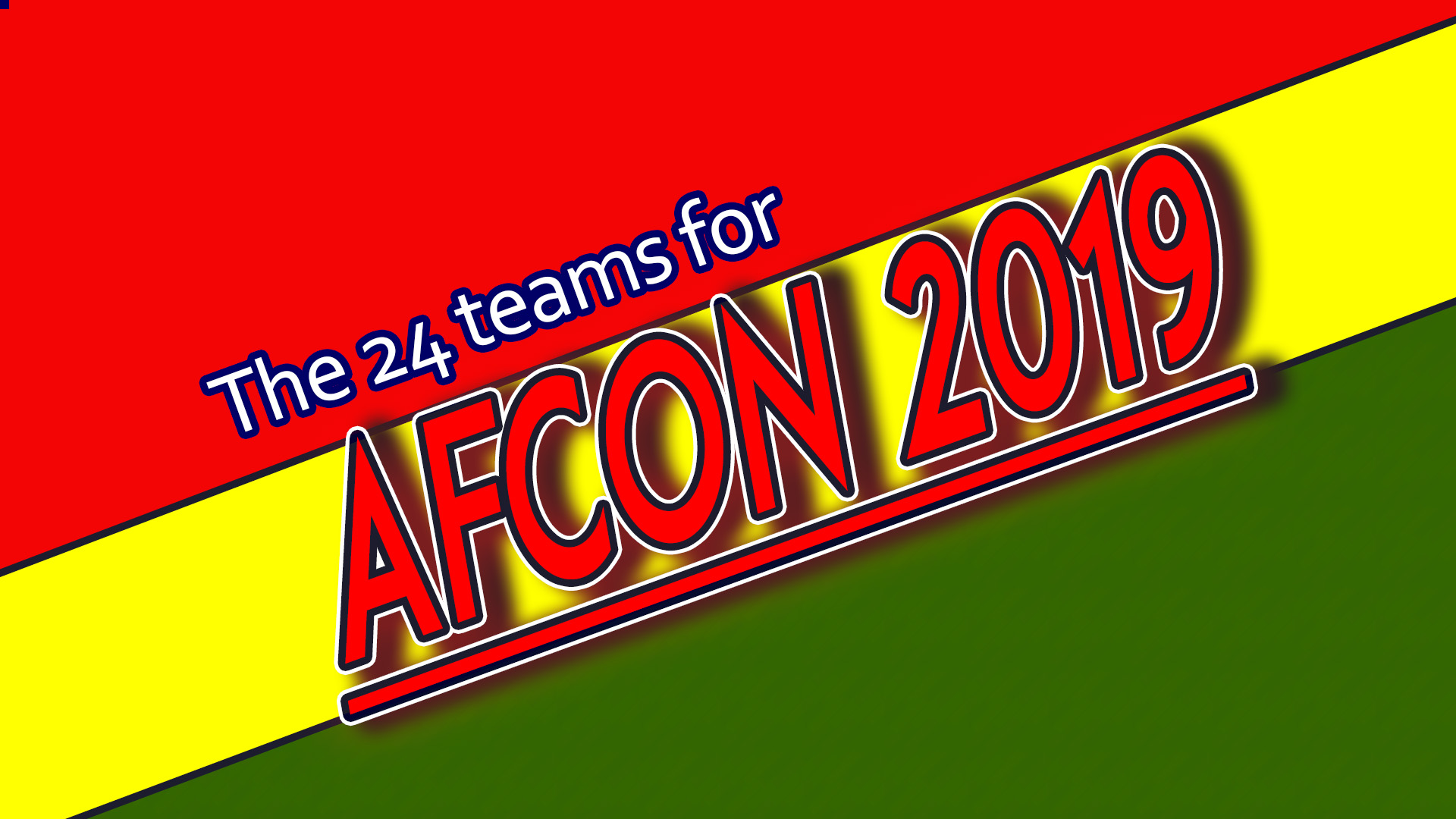 It’s Done!! These are the 24 teams that will partake in the 2019 African Cup of Nations.

The final 24 teams for this summer’s 2019 African Cup of Nations. Burundi, Madagascar, and Mauritania will make be making an appearance, while Zambia, Gabon, Burkina Faso, and others miss out. 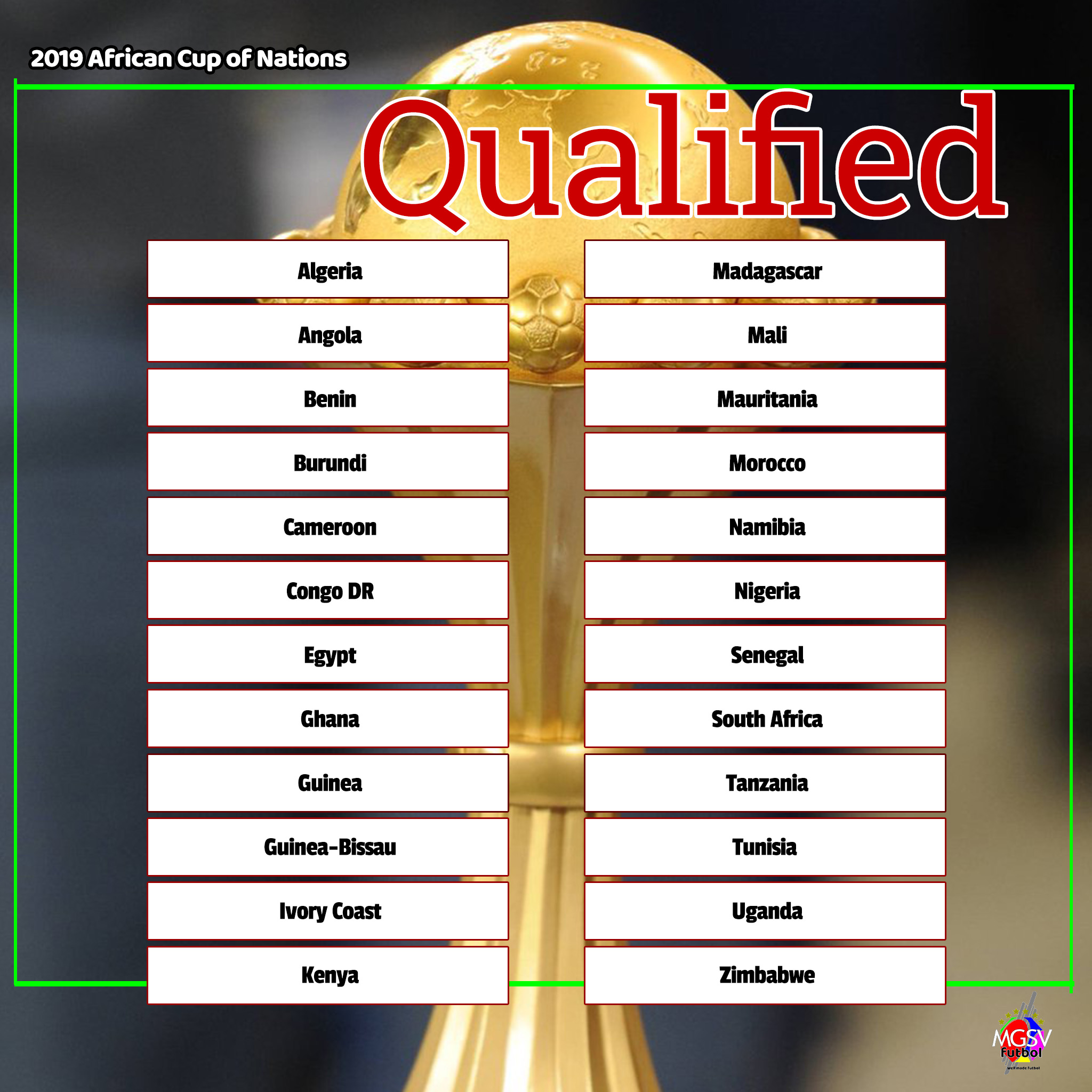 Coming in as 2017 silver medalist, Egypt can move a step further and strike gold of the 8th time. Playing as the host nation should give Egypt the backing of the locals.
As the most successful side in the competition, it isn’t easy to ignore how much home advantage can help Egypt stretch their record by winning title number 8 in the competition. 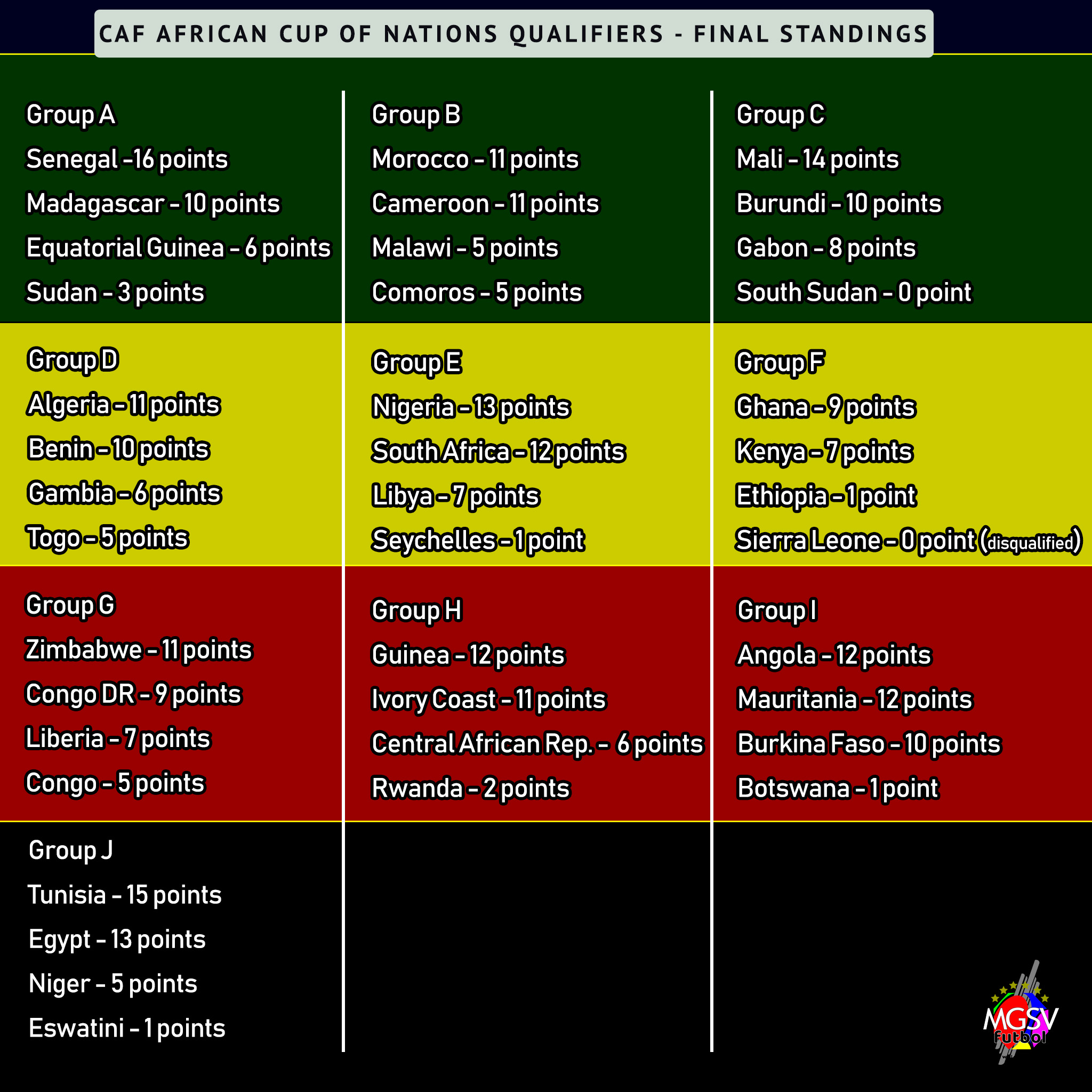 Big Misses
Congo, Ethiopia, Sudan, and Zambia are past winners that won’t partake in the 2019 festivities. Gabon, Burkina Faso, and Togo, also failed to qualify.

Newcomers
It will be the first attempt at the trophy for Madagascar, Burundi, and Mauritania.

Guinea Bissau makes it consecutive appearance after their debut in 2017.
Tanzania returns to the competition since their 1980 appearance.