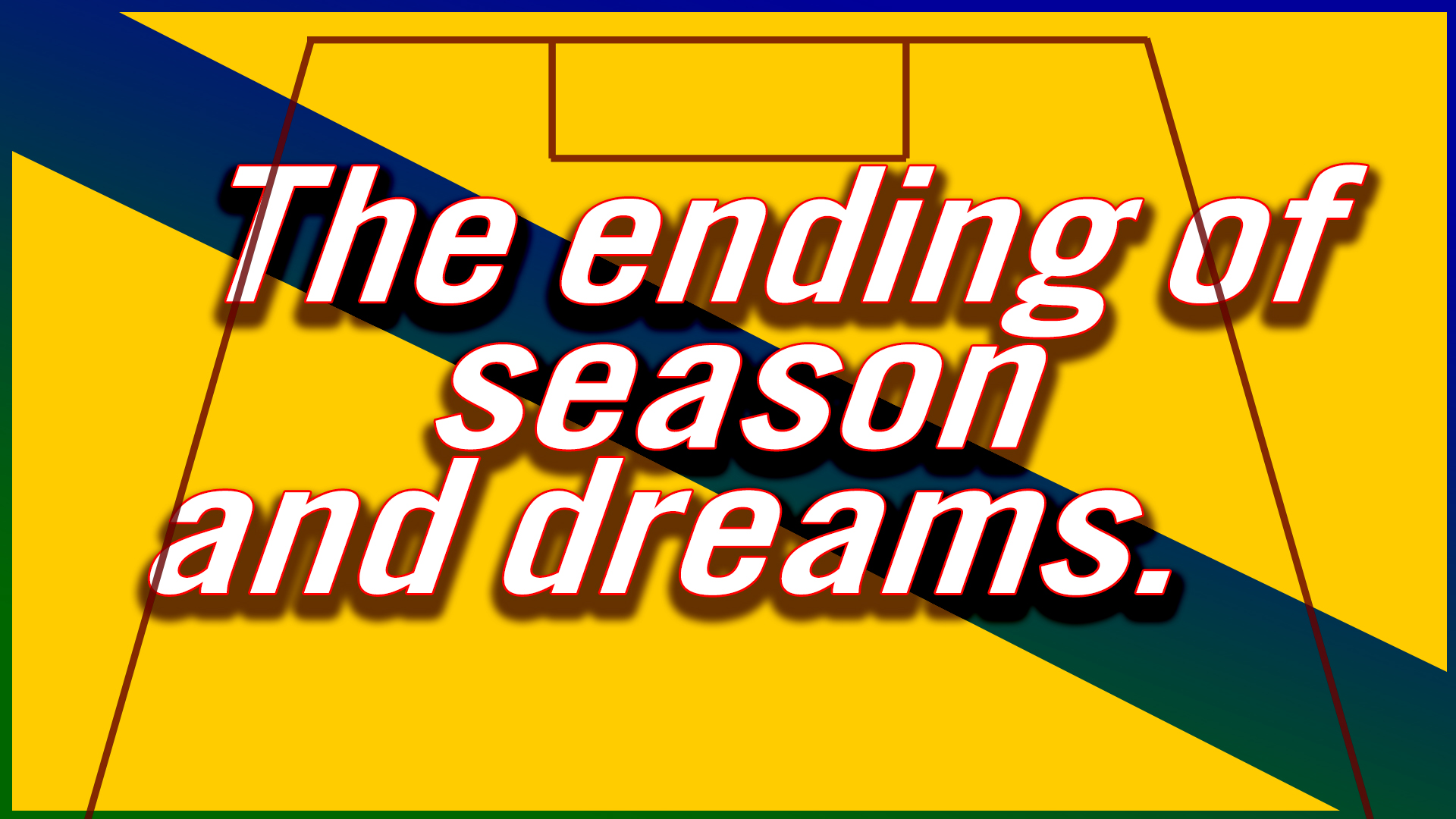 The pandemic affected everything; and football isn’t an exception.
All the major leagues and competitions are scraping together plans on how to end the current season. Every decision made comes with a financial cost. – Who is picking up the bill? 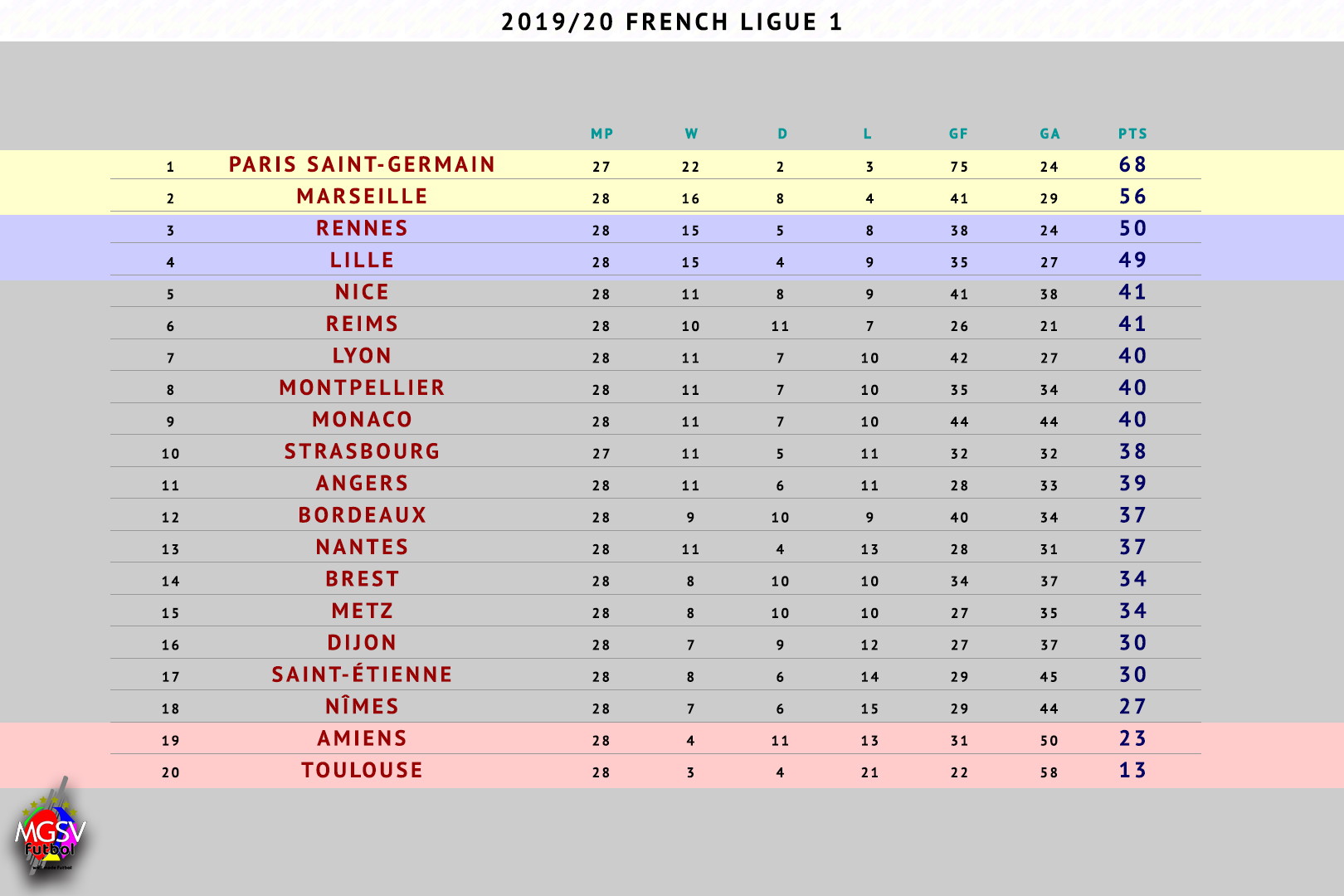 Paris St. Germain awarded the Ligue 1 title.
The French Ligue 1 ends with the title awarded to Paris St. Germain. The league table will stay as is with teams finishing their season in the position; regardless of matches played.

A 9th league title and 1 more away from equalling Saint-Etienne’s record as the team with the most league titles in France.

There was 8-points between the top four and the rest of the league.
Marseille had created a 6-point gap between themselves and the rest of the Ligue.
Lille(4th) ended up in the Europa League for the coming season, while Rennes(3rd) got the opportunity to make the Champions League through the preliminary rounds (3rd Round). – Rennes and Lille were separated by a single point.

Four points between 19th Amiens and 18th Nimes. With 30 points still on the table for both teams, Ameins is forcefully relegated.
Looking at the streak of results coming in, Toulouse was saved from doing meaningless work in Ligue 1.
Toulouse and Paris St. Germain are the sides who were arguably destined to finish in their position.

30 points remained in Ligue 2 with a point separating each position in the top 5.
Lorient and Lens get the promotion to Ligue 1, while Ajaccio, Troyes, and Clermont miss out.

The difference in points between 1st place Lorient and 20th place Orleans in the Ligue 2 standings was 35 points. Mathematically, only Orleans didn’t miss out on promotion to Ligue 1.

The widest point gap in the league is between two teams was the 6 points between 5th-place Clermont and 6th-place Le Havre. (6 points)

These teams were hard done by the decision to cancel the season and award teams by their sitting position.

Ajaccio – The 2013/14 season was Ajaccio’s last time in the top flight of French football. The possibility of a return to Ligue 1 looked likely at 3rd in the league and a point from direct qualification.

Troyes – last season in Ligue 1 was in the 2017/18 season. They were close to making a quick return after the 2018/19 season but lost the semifinal match of the promotion playoffs.

Clermont – have never been in Ligue 1; and were three points from direct qualification and 4 points from the top and the time on of cancellation of the season.

The Dutch Eredivisie won’t be completed – No title awarded, no promotions, and no relegations.
The ranking on 8 March 2020 is the final ranking, but Ajax will not be champions. There will be no promotion/relegation between the Eredivisie and Eerste Divisie.
The only teams/fans in a relegation battle are expected to be happy with KNVB’s decision to suspend the league.

Cambuur and De Graafschap denied promotion from the Eerste Divisie

Cambuur – After relegation from the Eredivisie in 2016, it looked like Cambuur were finally on their way back to the top flight of Ducth football.
With 9 games left to play, Cambuur were 11 points clear of the play-off places and heading for the Eredivisie when the Dutch season was annulled.

De Graafschap – After relegation last season, De Graafschap were on their way back to the Eredivisie; 8 points clear from the promotion play-offs in the Eerste Divisie.