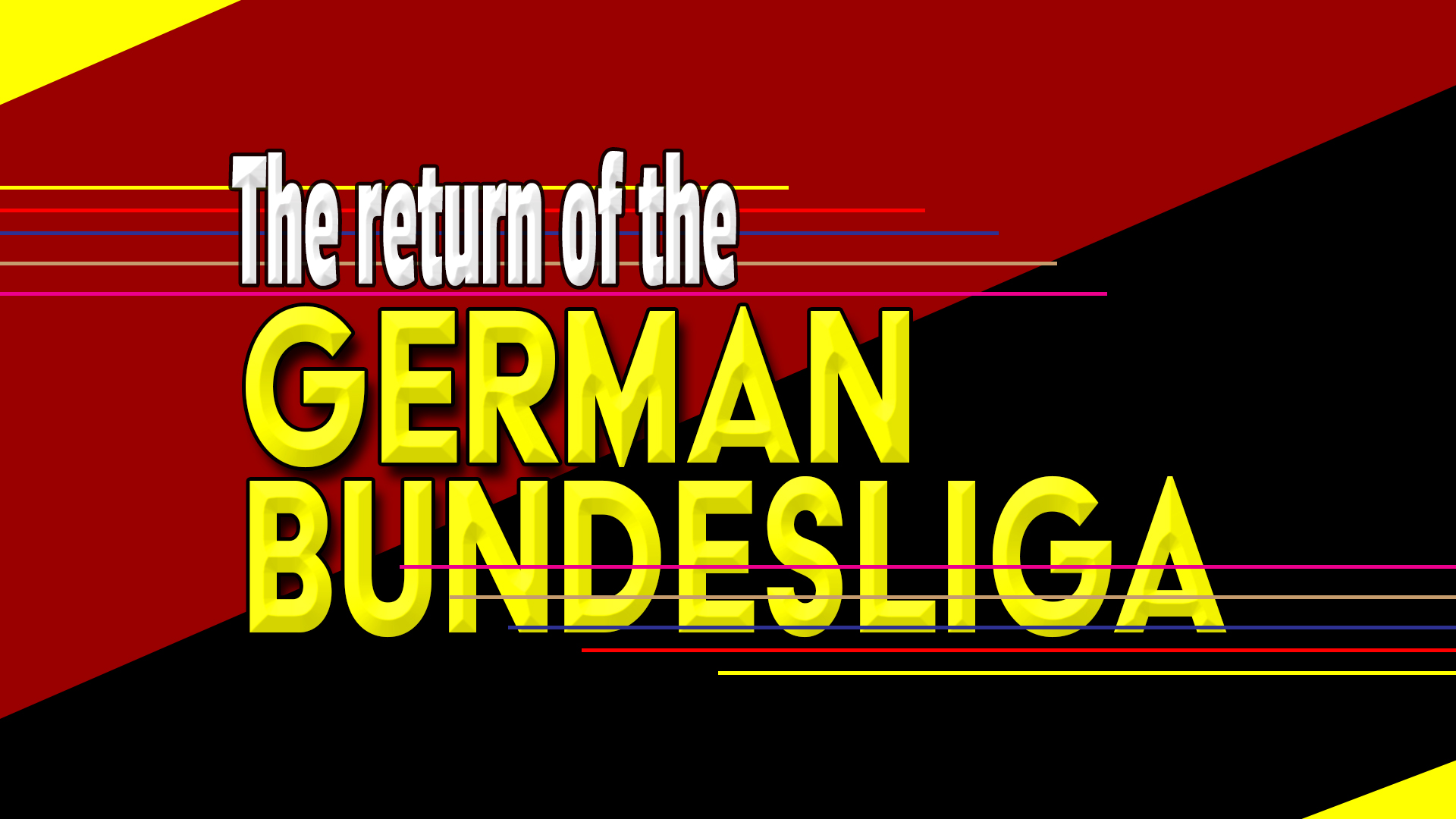 On 7th May 2020, the Executive Committee of the DFL decided for the resumption of matches for the 36 clubs of the Bundesliga and Bundesliga 2 to begin from 15 May”,

May 16th was decided as the start date.

9 matches left to conclude the 2019/20 German Bundesliga season and a good restart is needed by all the teams.
The teams that had some momentum going for them will need to rediscover their form.

Current Standings
Bayern Munich lead the league title race by 4 points
Borussia Dortmund, RB Leipzig, and Borussia Monchengladbach within two wins away from the top of the table.
Bayer Leverkusen 2 points from direct qualification to next season UEFA Champions League, but currently in the position for next season’s Europa League.

Schalke is in position for the Europa League qualifying rounds and it looks like that is what they will be fighting to defend at this moment.
Wolfsburg, Freiburg, Hoffenheim, FC Koln and Union Berlin are in position to contest for a place in the Europa League qualifying round.
Paderborn and Werder Bremen have relegation battles, while Fortuna Dusseldorf will look to avoid relegation play-off battle at the end of the season if they could.

Saturday May 16, 2020
Borussia Dortmund (2) vs Schalke(6) – Revierderby
Dortmund’s last Bundesliga match was a 1-2 away victory against Borussia Monchengladbach on March 7, 2020, but their last competitive match was in the Champions League on March 11, 2020; when they were eliminated at the ‘Round of 16’ stage after a ‘2-0’ defeat away to Paris St. Germain.

The most recent Revierderby ended goalless; and we hope that won’t be the case this time around. Borussia Dortmund is running a title race here; and could use a win to reduce the 4-point lead that Bayern Munich currently enjoy at the top of the table. Failure to beat Schalke could allow RB Leipozig and Borussia Monchengladbach the opportunity to leap above Dortmund in the league standings.

RB Leipzig (3) vs Freiburg (8)
With only a point separating them and first place; and a point separating them from the team behind them, RB Leipzig must get the win against Freiburg to keep with the current title race.
In their most recent competitive fixture, RB Leipzig knocked out Tottenham from the UEFA Champions League after a 3-0 win (4-0 agg) on March 10, 2020. However, their last league game was a goalless draw at Wolfsburg on March 7, 2020; the same day as Freiburg’s last competitive match – a ‘3-1’ victory against Union Berlin. .

Hoffenheim (9) vs Hertha Berlin (13)
Schalke hasn’t won a league match in the last 7 fixtures (4D 3L).
Both Schalke and Hertha Berlin are coming into this match with their last competitive match for both teams ending in a draw on March 7, 2020. Schalke played a ‘1-1’ draw with Hoffenheim, while Hertha Berlin were involved in a ‘2-2’ draw with Werder Bremen.

Augsburg (14) vs Wolfsburg (7)
Augsburg were beating by Bayern Munich in their last fixture (March 8, 2020), while Wolfsburg pulled out a point at home from a goalless draw with RB Leipzig (March 8, 2020), but their last match was their a ‘2-1’ defeat at home to Shakhtar Donetsk in the first-leg of their Europa League Round of 16 match on March 12, 2020.

Union Berlin (11) vs Bayern Munich (1)
Bayern Munich’s would at the very least keep hold of their 5-point lead by beating recently-promoted Union Berlin. It’s been done before so it will be expected.
Union Berlin’s last match was a ‘3-1’ defeat to Freiburg on March 7, 2020. Bayern’s was a ‘2-0’ win over Augsburg (March 8, 2020)

————————————
The race is too close to call on who will finish with the bronze medal in the race for the golden boot.
As it stands in the golden boot race is a contest between Bayern’s Robet Lewandowksi and RB Leipzig’s Timo Werner.
Only Ciro Immobile (Lazio/Italian Serie A) is above Lewandowski in the current ranking for the European Golden Boot.