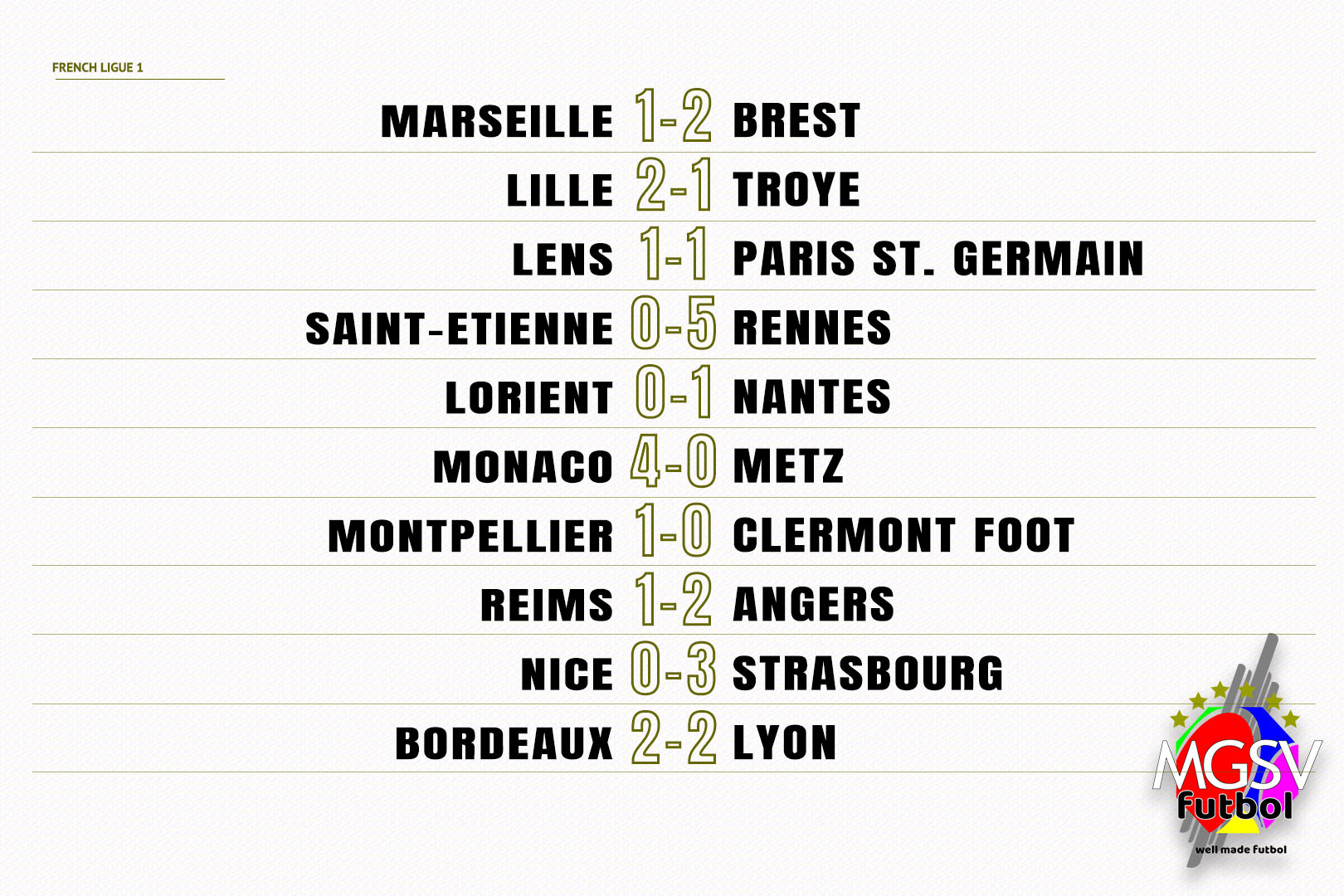 As things stand after 17 rounds of the French Ligue 1. Marseille and Lyon have a game in hand.

Defeat at Brest dropped Marseille a position down to third, while Rennes moved up a position up to second place after hammering Saint-Etienne.
Paris St. Germain lead dropped to 11 points after escaping Lens with a point.

Bordeaux got a point against Lyon to move up a position to 17th while Lyon dropped down two spots to Lyon.
Clermont dropped to the relegation playoff spot while Metz and Saint-Etienne stayed put in the relegation zone.


MARSEILLE 1-2 BREST
Brest came from a goal down to take the three points in Marseille.
With the result, Brest made it 6 successive wins in a run of 8 unbeaten matches.
It took Brest twelve matches to their first win this season.

LILLE 2-1 TROYES
Troyes got an early lead in the sixth minute but Lille made it a successive league victory by winning the second half. The winning goal was an own-goal.

LENS 1-1 PARIS ST. GERMAIN
From what is expected of them, Paris St. Germain’s performances are not hitting the mark.
Georgino Wijnaldum scored two minutes into the final added minutes to save Paris St- Germain from a defeat against Lens. 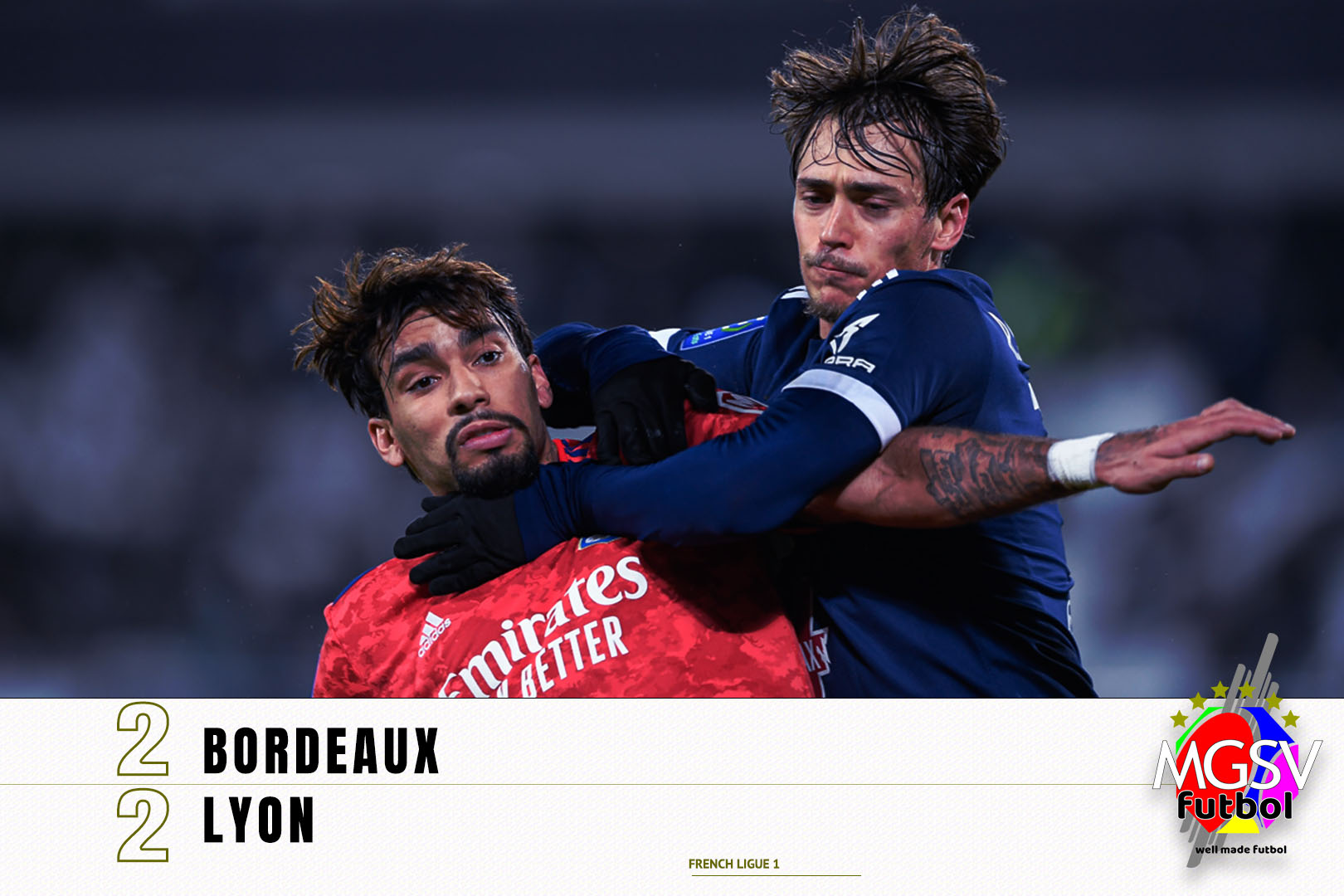 MONACO 4- 0 METZ
Metz followed up a defeat at home to Montpellier with another at Monaco.

MONTPELLIER 1- 0 CLERMONT
Elye Wahi’s goal in the 28th minute was enough for Montpellier to follow up consecutive defeats with consecutive victories with a win against Clermont.

NICE 0-3 STRASBOURG
Nice followed up a point in Paris [against PSG] with a defeat at home to Strasbourg.
Strasbourg is unbeaten in their last six league matches: winning three, drawing three.

BORDEAUX 2-2 LYON
Lyon could not find the win at Bordeaux to make up for their midweek defeat to Reims.
They gave away the lead on two occasions to leave Bordeaux with just a point.