Manchester United dropped points to allow Manchester City’s lead in the title race to increase.
Manchester City are a game in hand and 6 points clear at the top of the league standings.
Leicester City equalled Manchester United in points accumulated with a win against Liverpool.
Liverpool fell two positions down to 6th.
Chelsea used a win in the final match of the round to enter the Champions League qualifying spot. They finished the round in 4th.
West Ham tags along on point with Chelsea.

Everon suffered a shock defeat at home against Fulham.
Aston Villa moved above Tottenham in the standings despite a goalless draw against Brighton.
Defeat against Manchester City dropped Tottenham a position to 9th.
Arsenal moved up into the top half of the league standings in 10th. Beating Leeds United to swap positions. 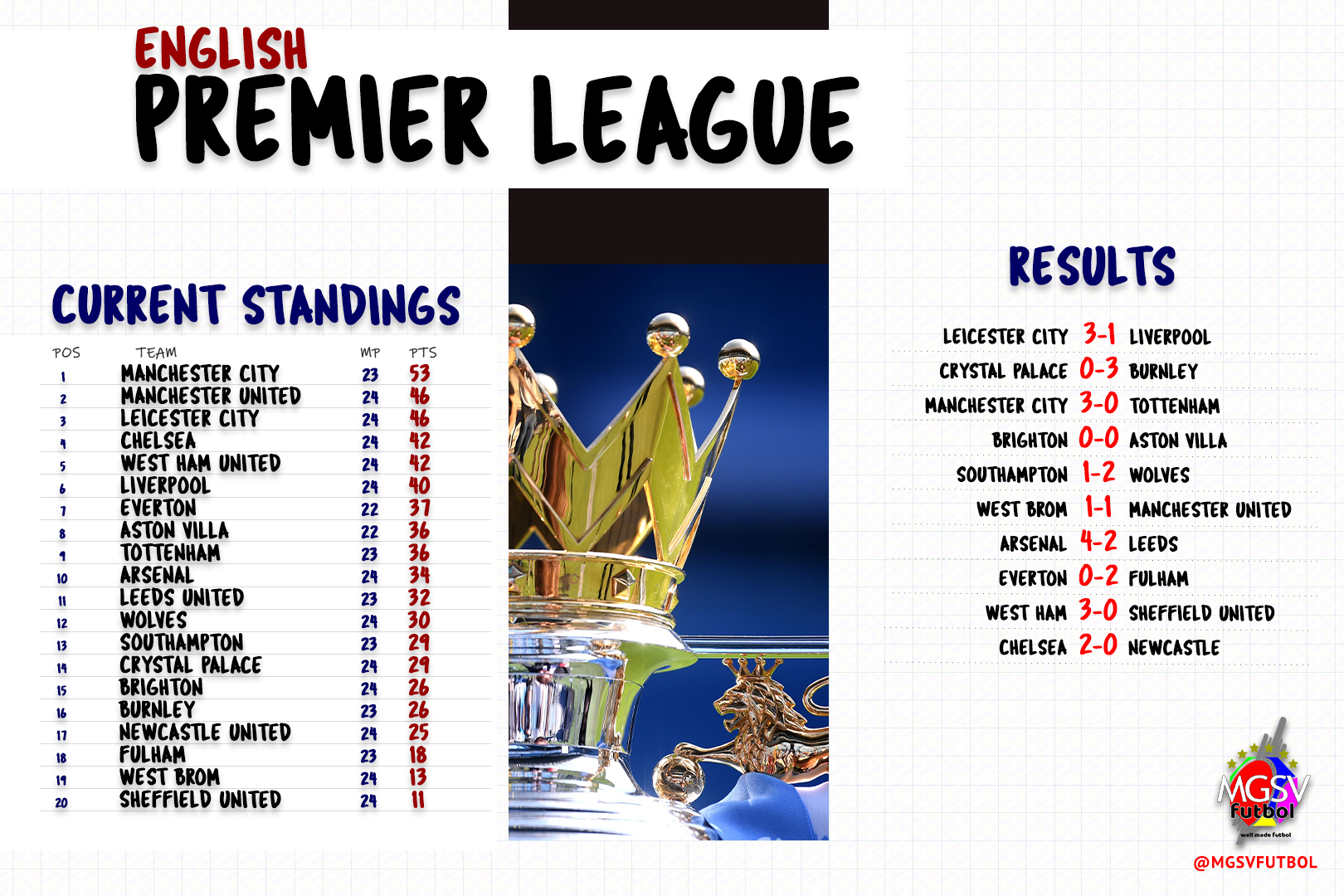 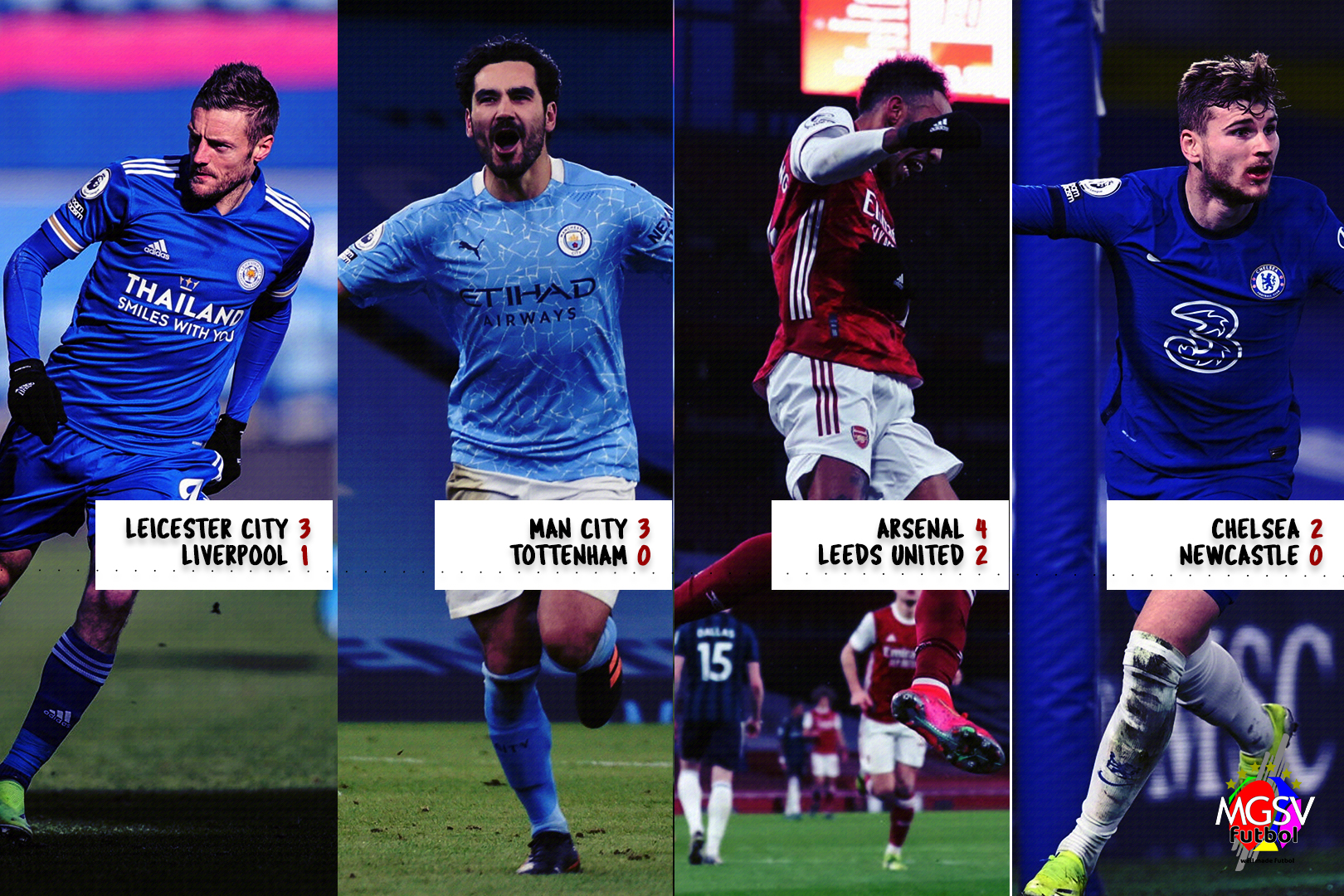 Leicester City found three goals in a span of 7 minutes to come from a goal down and seal three points at home through a 3-1 win against Liverpool.

Manchester City made a massive move towards the league title after a 3-0 win against Tottenham. Ilkay Gundogan added two goals to Rodri’s first half penalty goal.

Brighton did all they could to win their match, but could only come up with a point from a goalless draw with Aston Villa.

Six league defeats in a row for Southampton after losing a first half lead to lose 2-1 at home to Wolves.

West Brom lost an early lead at the end of the first half, but held on for the rest of the game to secure a point at home against Manchester United.

Pierre-Emerick Aubameyang scored a hat-trick as Arsenal picked up three points from a 4-2 win against Leeds to end a run of three games without win.

Tammy Abraham had to walk off injured after the first 20 minutes, but it didn’t’ stop Chelsea from picking up another win in the league under ThomasTuchel. The ‘2-0’ win against Newcastle keeps Tuchel’s unbeaten start to his managerial tenure at Chelsea, while lifting the club into the ‘top 4’.