Chelsea dropped to 9th.
Arsenal moved up to 11th.

The win against Liverpool brought Southampton to 6th; with Chlesea falling to replace them in 9th position.

The teams in the relegation zone made no progress in this round. All three suffered defeat. 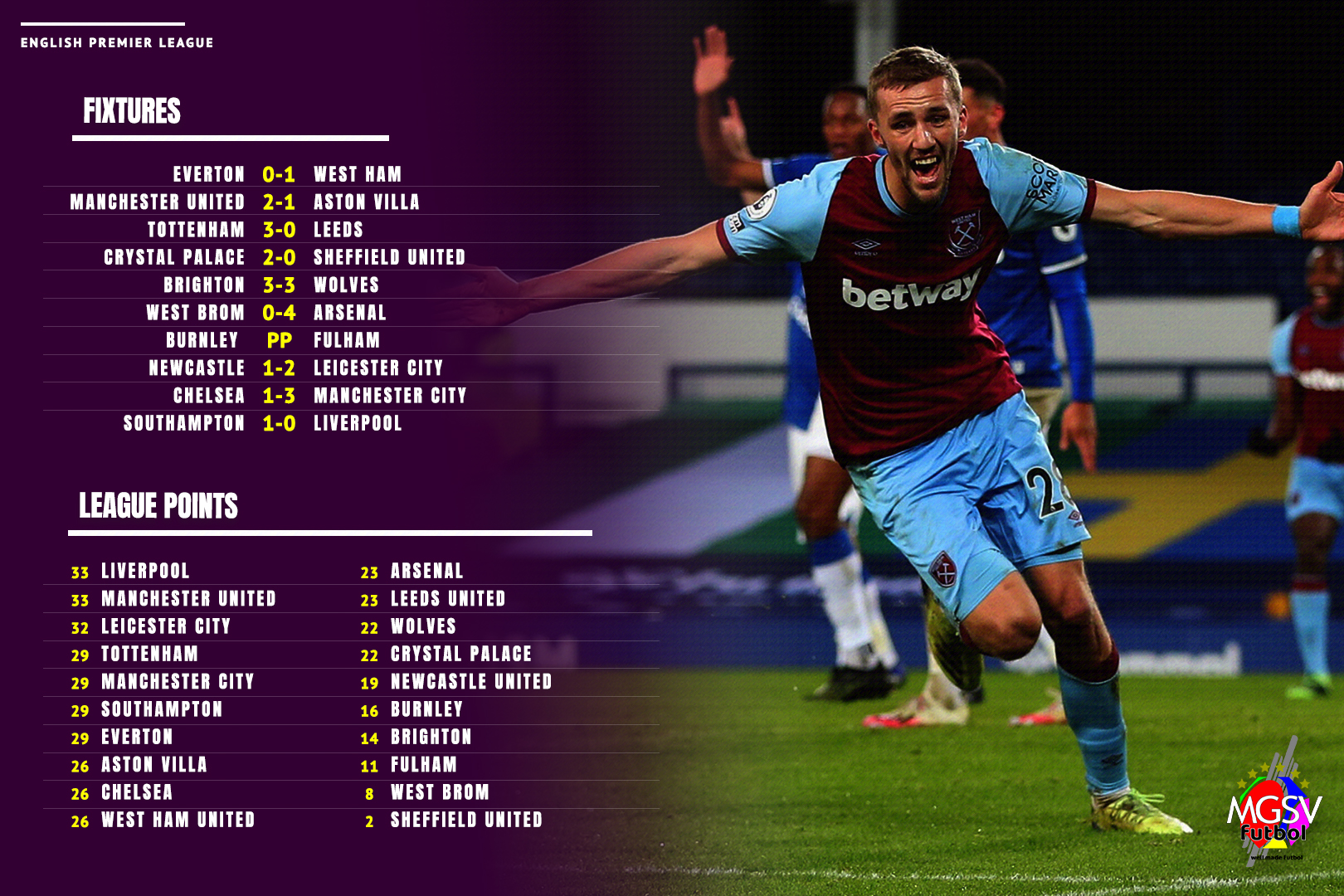 Bruno Fernandes settled it from the penalty spot to give Manchester United the three points from a 2-1 home win against Aston Villa.

Tottenham scored three for three points at home against Leeds. Harry Kane and Heung-min Son provided the goals to send Tottenham into the break at 2-0 up. From a 5-0 win to a 3-0 defeat. Leeds United are open for whatever is installed. Tottenham secured their first league win in 5 matches.

17 games into the season and Sheffield United remain winless.
Crystal Palace keep their 2-0 first half lead to keep Sheffield United at the bottom of the table without any progress. First win for Crystal Palace in 6 league games. Their last league win came against West Brom; and that isn’t a good sign despite the success in this round.

Four straight games without a win for Wolves. They would be disappointed because Brighton was a team that they were expected to beat on current form. Wolves had to settle for a point after coming from a goal down to go on a blow a 2-goal lead at Brighton.

Alexandre Lacazette contributed a second-half brace to Arsenal’s 4-0 win away against West Brom. A big win and third straight win for Arsenal after going 7 league games without a win.

Andy Carroll scored a late goal to add a little drama to the game but it ended up being a deserved 2-1 away win for Leicester City at Newcastle.

Manchester City did the damage in the opening 35 minutes. A late consolation goal from Callum Hudon-Odoi was the best Chelsea could do after going 3-0 down at the end of the first half.

And in the final match of the round, Danny Ings’s goal in the 2nd minute was enough to get Southampton a win at home against Liverpool. Southampton hadn’t won a league game since beating Sheffield United (4 games).