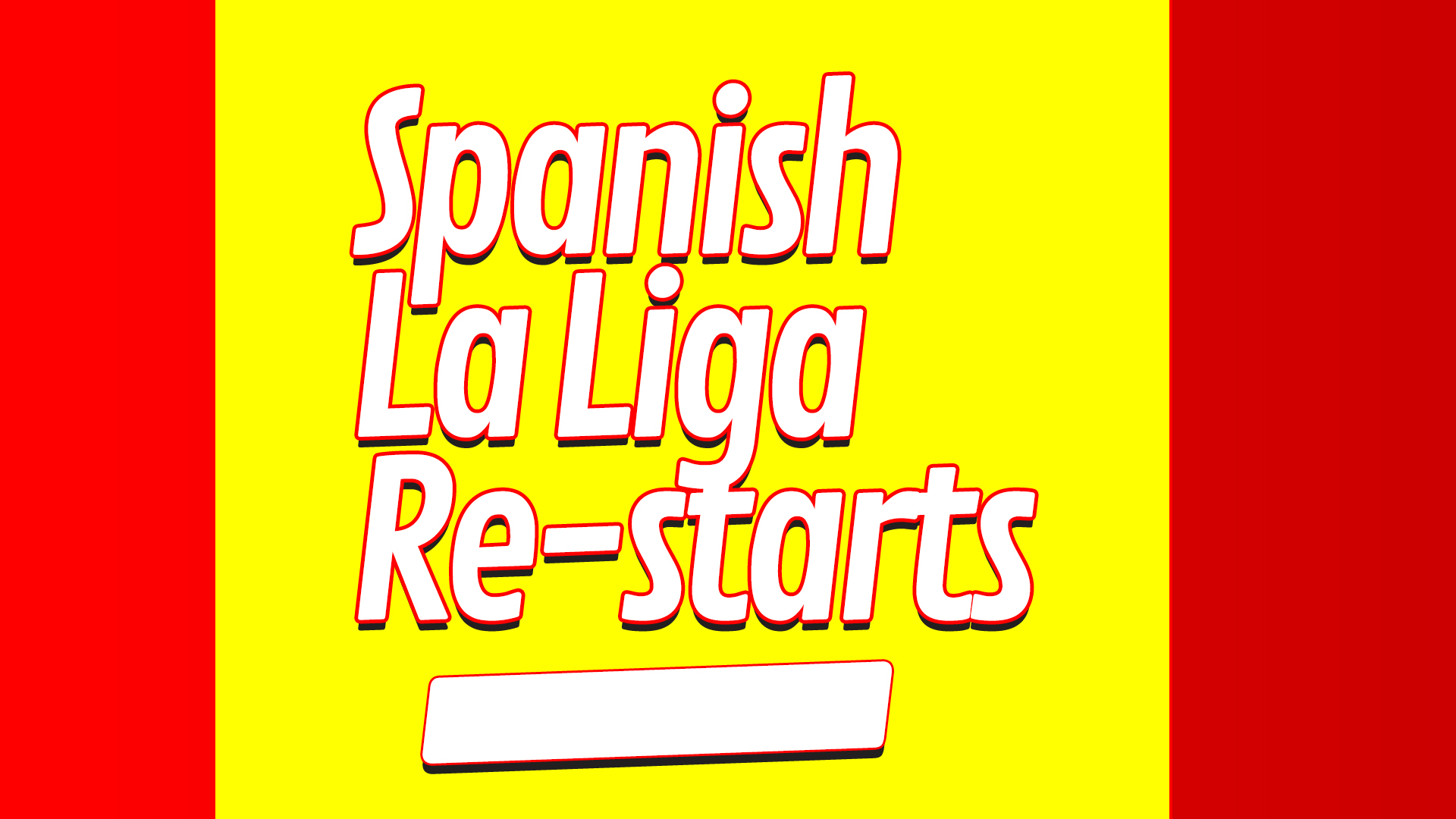 failed to complete their scheduled fixtures for the 2019/20 season.

The German Bundesliga is heading into Round 30 (5 more matches left in the season.
The Spanish La Liga returns June 11, 2020
The English Premier League returns on June 17, 2020
The Italian Serie A returns on June 20, 2020


In the German Bundesliga, Bayern Munich practically has their two hands on the league title after beating their closest competition/biggest rival in the league; Borussia Dortmund. It will be the 8th in a row and possibly set them up for a 9th.

In the Spanish La Liga …

Barcelona has a slender lead on Real Madrid.

33 points on the table of each club to use in achieving the season objectives. And with 36 points separating the bottom table Espanyol from second-place Real Madrid, there are enough points for all the teams in the league to change their destiny.
A 2-point gap between the top two giants (Barcelona and Real Madrid).
The 9 points between the top two teams and the remainder of the league is the widest gap in points on the league table. 2nd placed Real Madrid leads 3rd place Sevilla by 9 points. The second is the 4 points between 7th placed Valencia and 8th placed Villarreal.

Neck-to-neck. Real Sociedad and Getafe at 46 points. Villarreal and Granada at 38 points. Real Betis and Levante at 33 points.

Lionel Messi’s 19 goals and 12 assists makes him both the top scorer and top assist provider in the league. 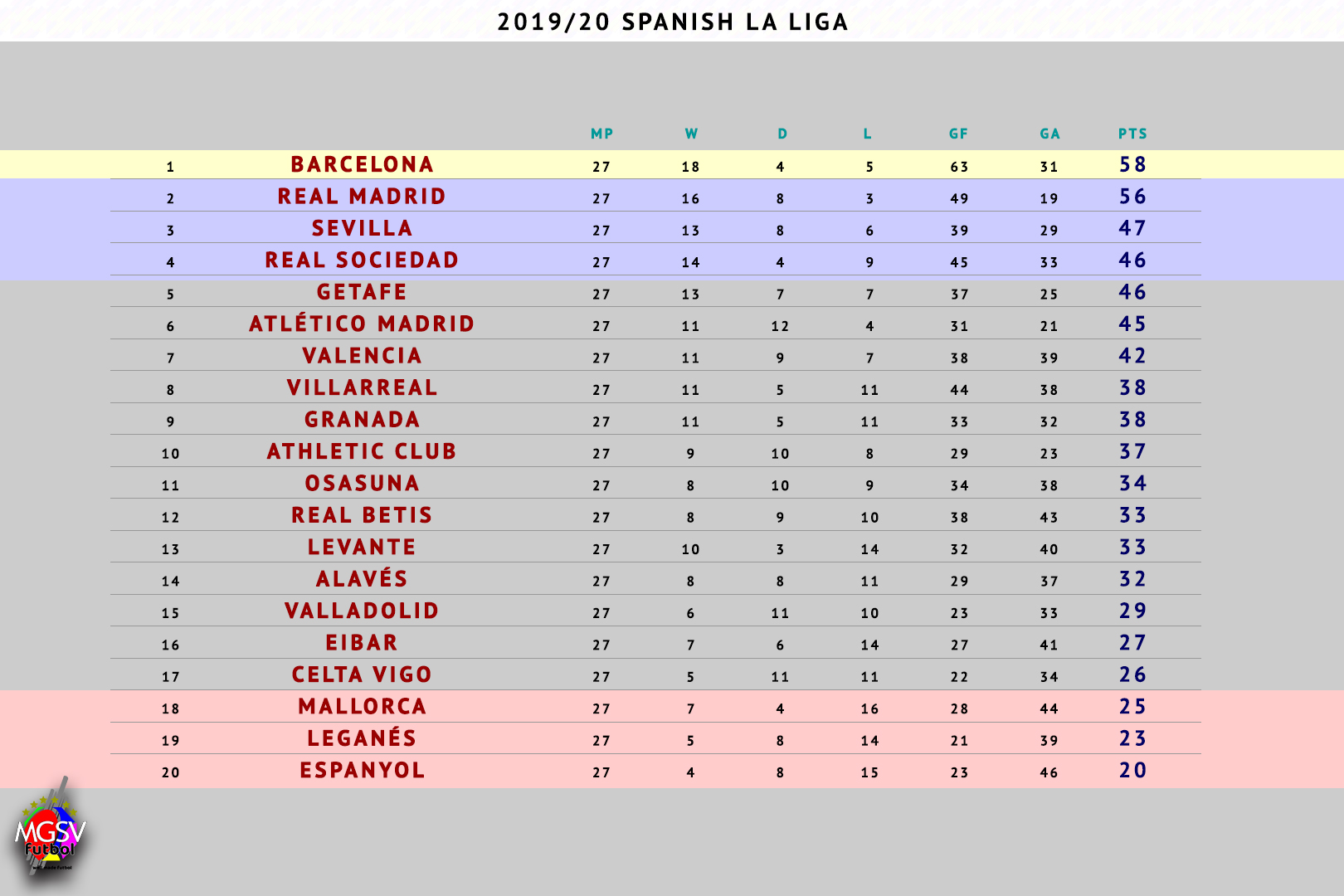 The 28th round and restart of the season is set up with fixtures with predictable outcomes. However, all the teams need to get a win in order to secure their current position in the league standings.

Espanyol, Leganes, and Mallorca are currently occupying the relegation space.