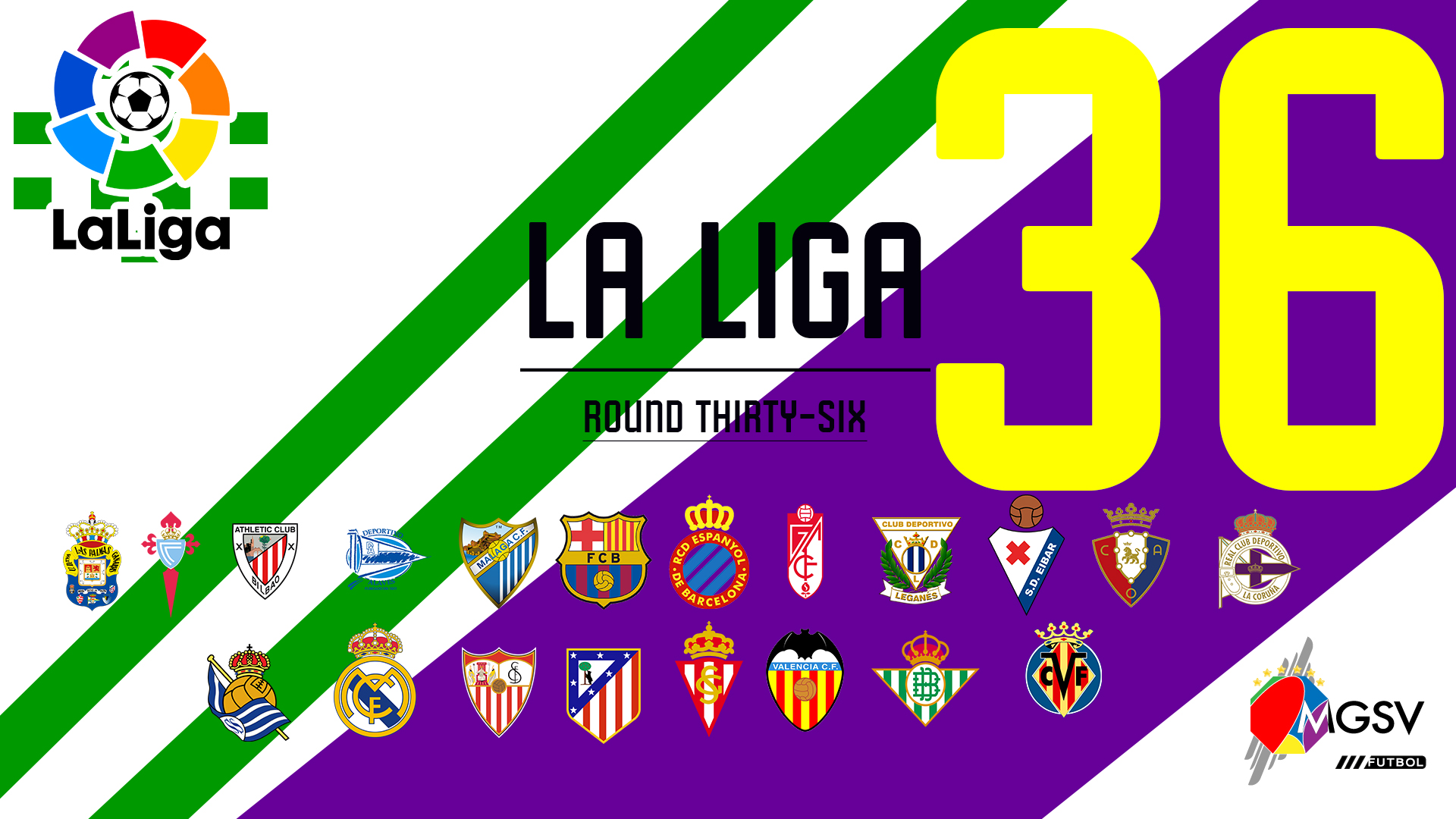 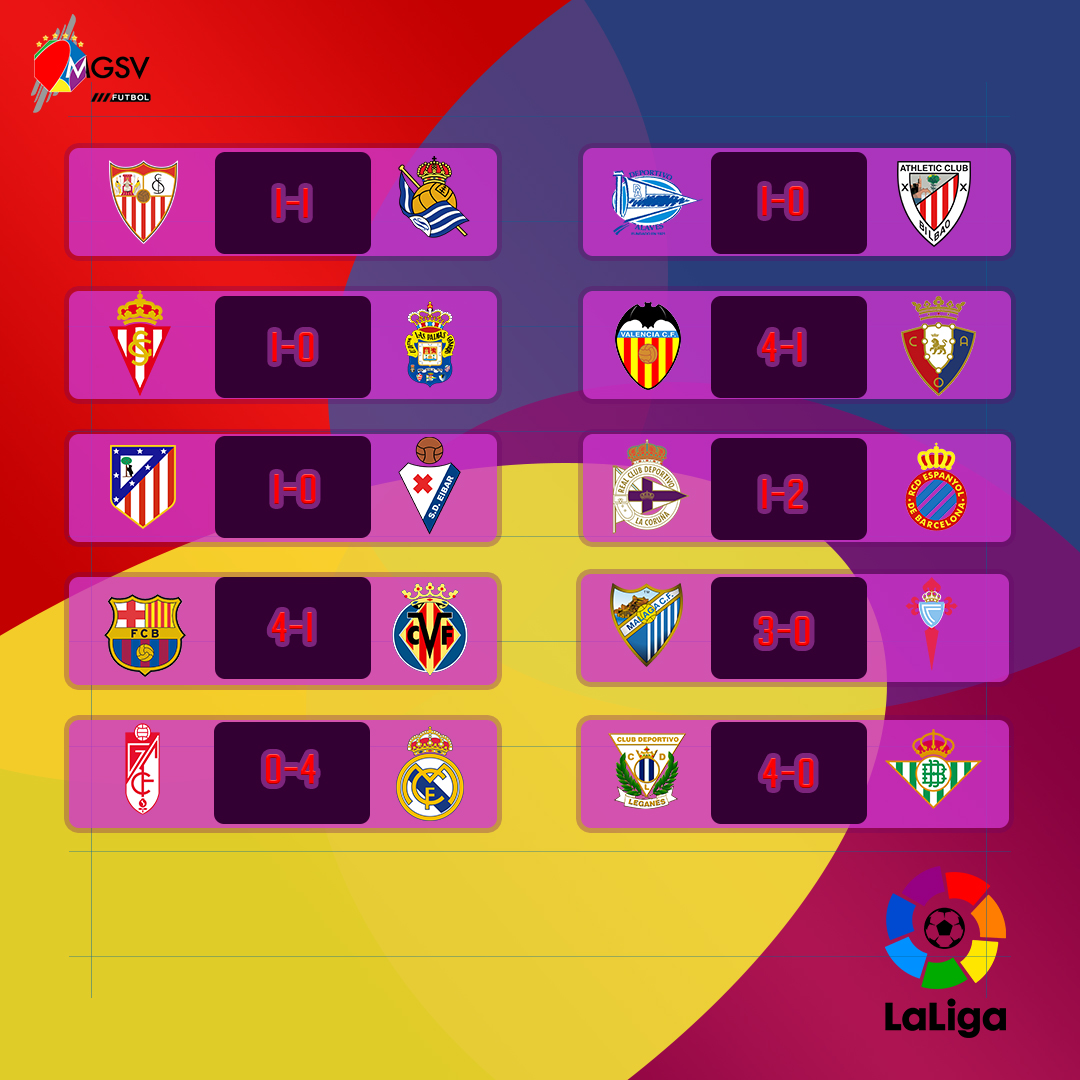 Sevilla looks more ground in their bid for a top-three finish after dropping points at home to Real Sociedad.

It was a third consecutive defeat and a straight fifth match without a victory for Las Palmas as they suffered an away defeat to relegation-zoned Sporting Gijon. 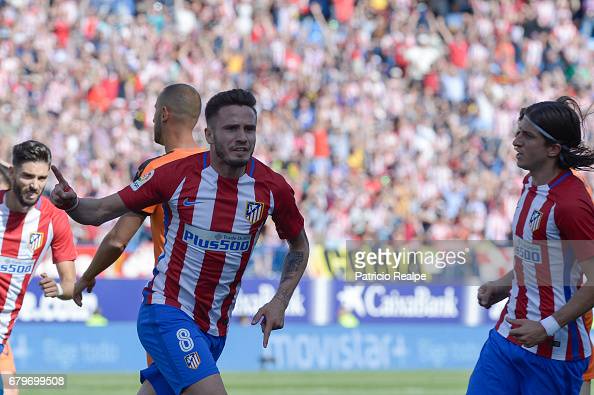 A goal was enough for Atletico to seal a victory and intensify their grip on a direct qualification to the 2017/18 UEFA Champions League season. 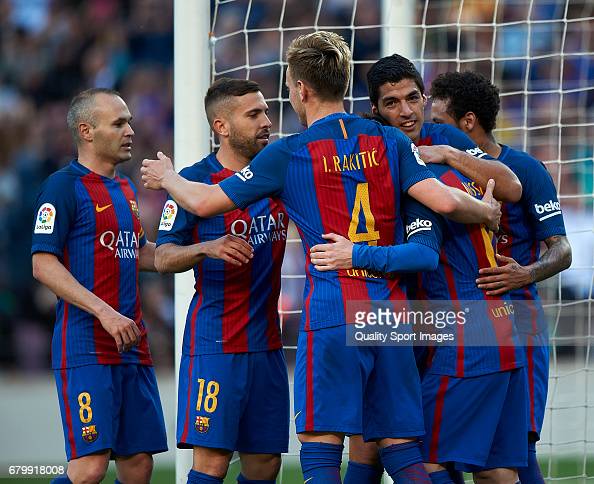 Lionel Messi scored a brace while the rest of the MSN got on the scoresheet for Barcelona to comfortably grab all three points against Villarreal.

Barcelona is definitely doing their part to keep the pressure on Real Madrid. 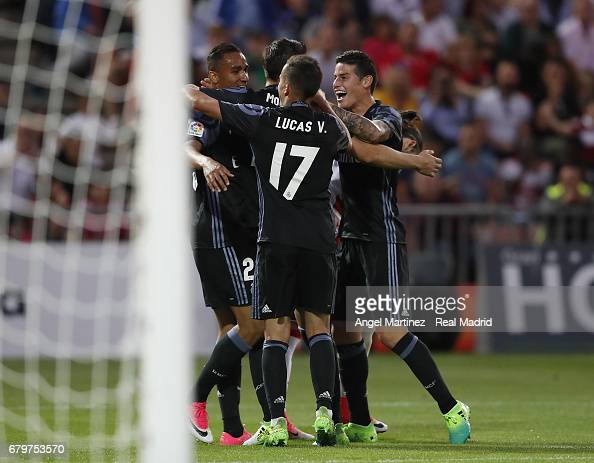 Real Madrid knew defeat was not an option when FC Barcelona secures a victory.

Four goals in the first half were enough to settle any nerves and secure Real Madrid a victory over relegated Granada.

A second half goal for Alaves denied Athletic Club the opportunity to take advantage Villarreal’s defeat to FC Barcelona.

Valencia defeat relegated Osasuna to end a 3-match losing streak in the league.

The threat of relegation remains for Deportivo La Coruna after a defeat at home to Espanyol.

A victory at home allowed Malaga leaped over Celta Vigo in the league standings.

Leganes got a home victory to move away from the drop zone and most likely saving their season in the top-flight of Spanish football.