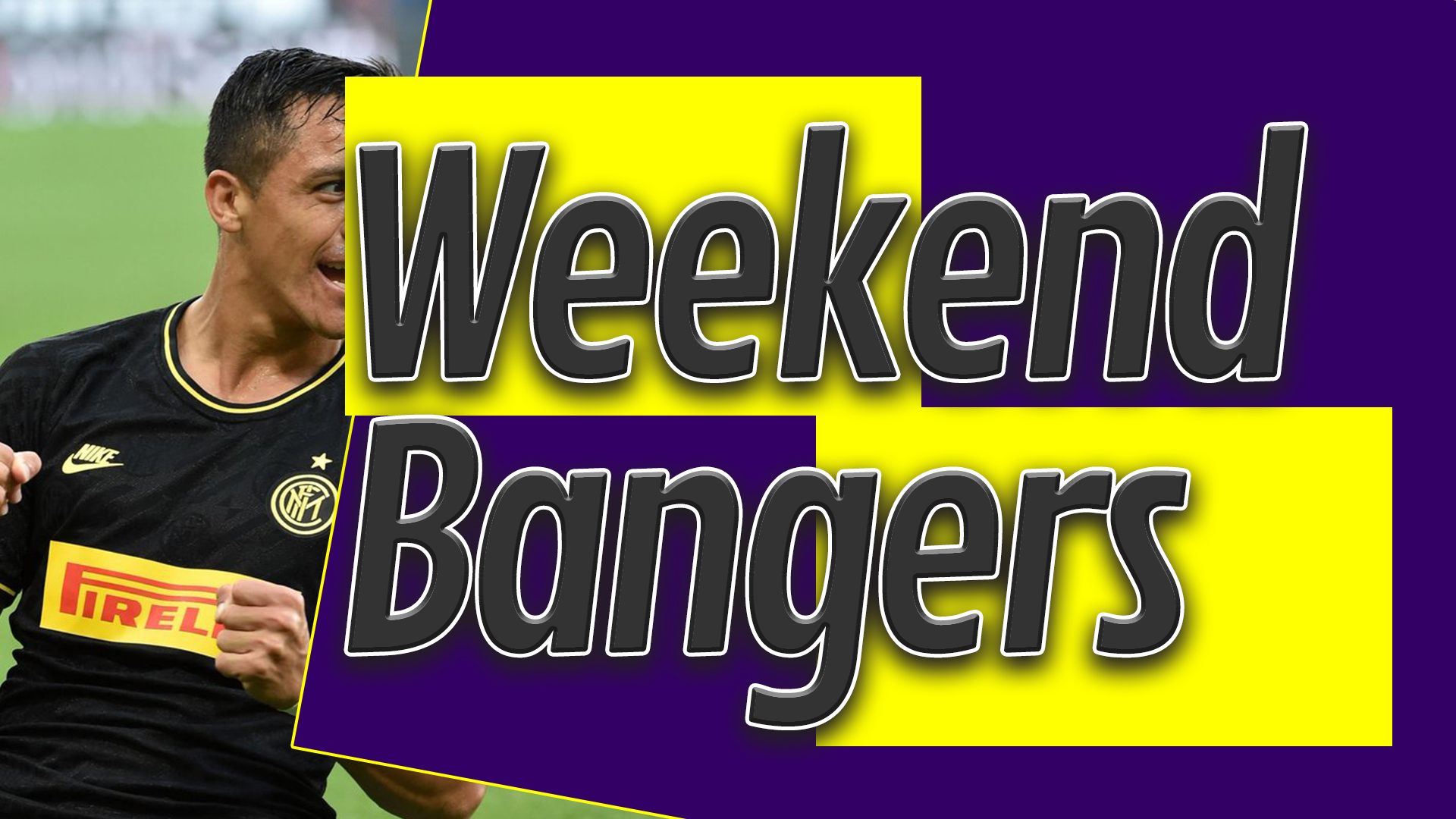 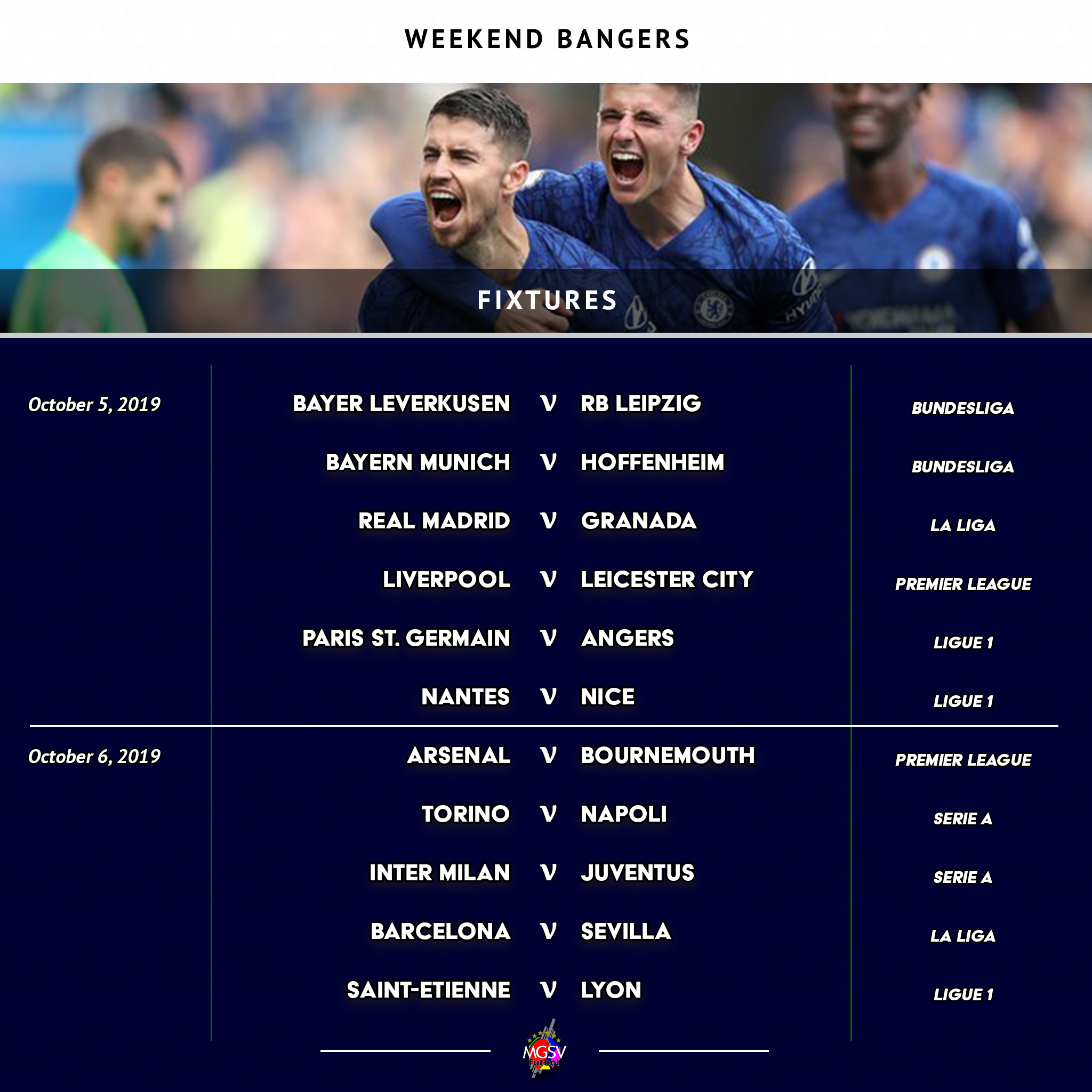 October 5, 2019
Bayer Leverkusen vs RB Leipzig (German Bundesliga)
The teams will have to forget about their failures in their midweek UEFA Champions League matches and get on with the program in the league. With identical records after 6 rounds of the German Bundesliga, Bayer Leverkusen and RB Leipzig will face-off in a match will surely shape the top end of the league table. RB Leipzig is at risk of making it a consecutive defeat after suffering their first league defeat in the last round. Bayer Leverkusen will be looking at 3 wins in a row if they manage a home victory from this fixture.

Bayern Munich vs Hoffenheim (German Bundesliga)
The ‘7-2’ thrashing of Tottenham in the Champions League on Tuesday should add an extra boost to Bayern Munich’s confidence when they take on Hoffenheim.
Bayern Munich is being chased by 5 teams. With just a point gap between them and the chasing pack, Bayern will need to keep up with their wins by putting away a Hoffenheim side that is struggling to come up with wins. Only a victory will guarantee that Bayern Munich remains on top of the league table.

Real Madrid vs Granada (Spanish La Liga)
As things stand in the Spanish La Liga, these are the top two sides in the league. Granada with a win at the Santiago Bernabeu will top the league table. The pressure will be on Real Madrid to produce a win at home, especially after failing to get a win at home in their Champions League match on Tuesday.

Nantes vs Nice (French Ligue 1)
The top of the French Ligue 1 table is still shaping up for Nantes and Nice to make their mark. Nice is in need of a positive result after failing to get a win in their last two matches, while Nantes could make it a hat-trick of wins with a victory. 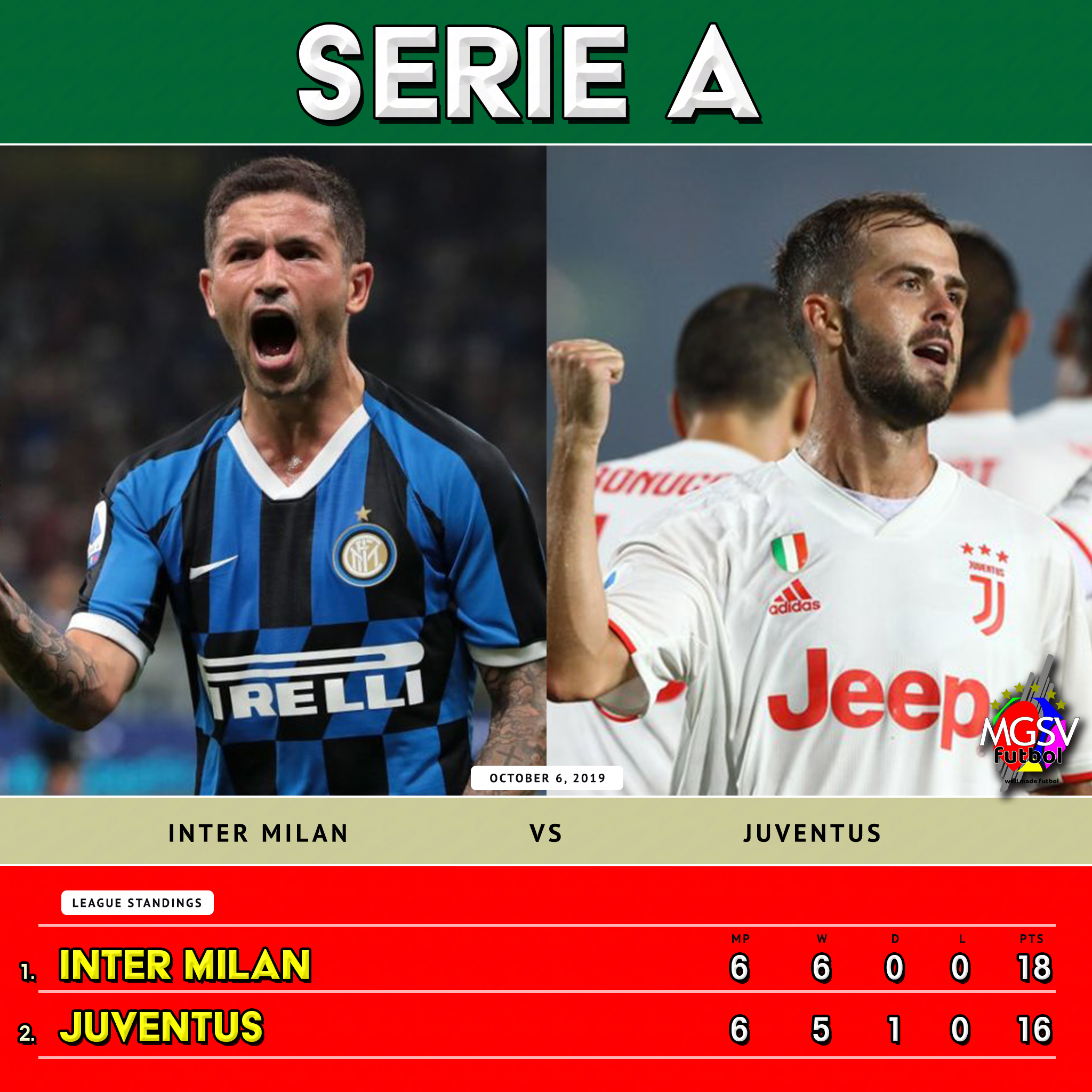 Arsenal vs Bournemouth (English Premier League)
They might have different ambitions but a point separates Arsenal and Bournemouth in the league.

Torino vs Napoli (Italian Serie A)
Torino is a win away from equalling Napoli’s point tally in the standings. Napoli is expected to be contending for the league title; and as things stand are 5 points from the top. In their last 4 league matches, Torino has managed to win 1, while Napoli has 3.

Inter Milan vs Juventus (Italian Serie A)
Title decider? The only unbeaten teams in the 2019/20 Serie A. Inter Milan will fight off the defending champions to help in their attempt to break Juventus’s league title-winning streak.

Barcelona vs Sevilla (Spanish La Liga)
With 13 points each. Barcelona takes on Sevilla.