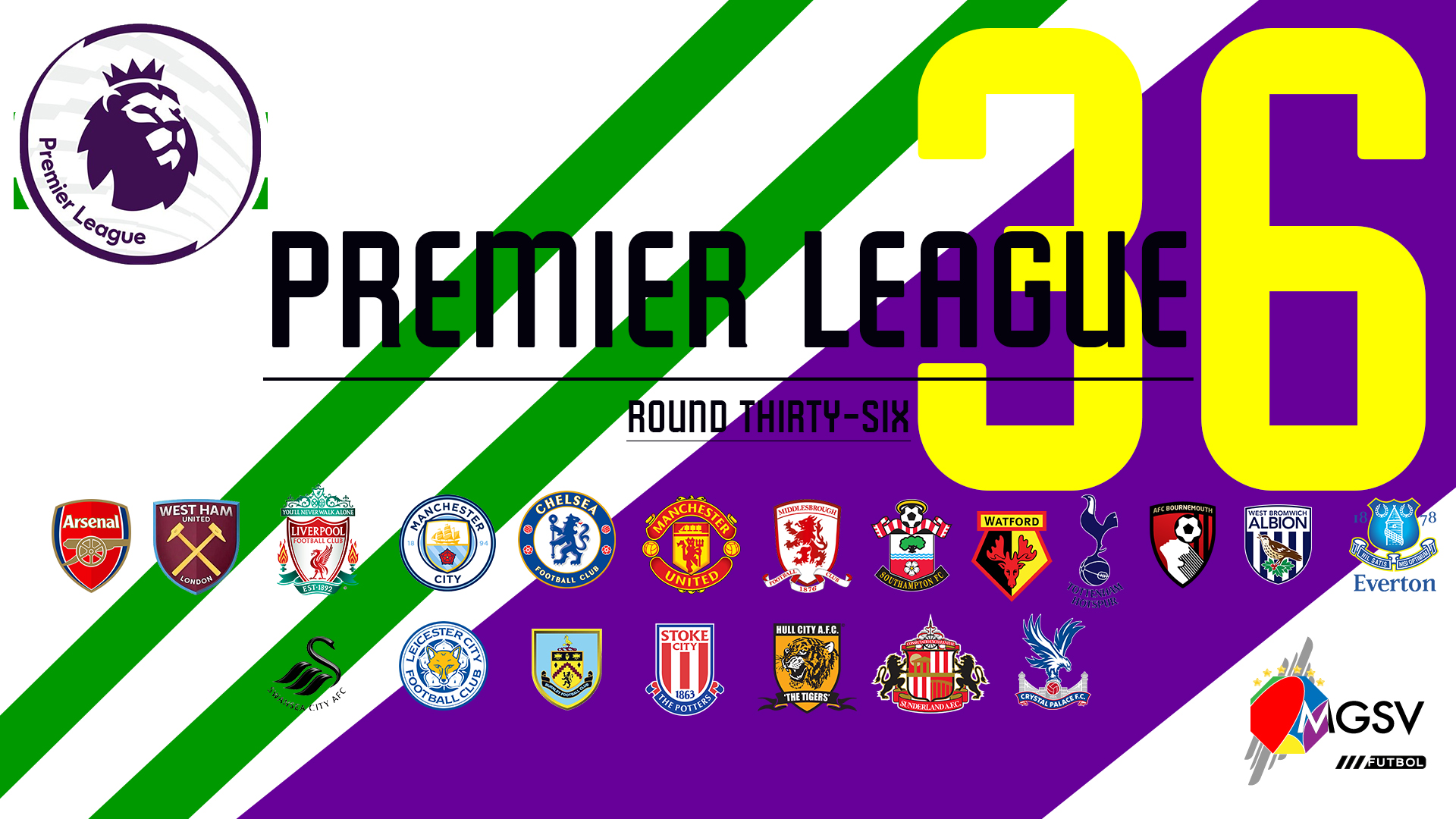 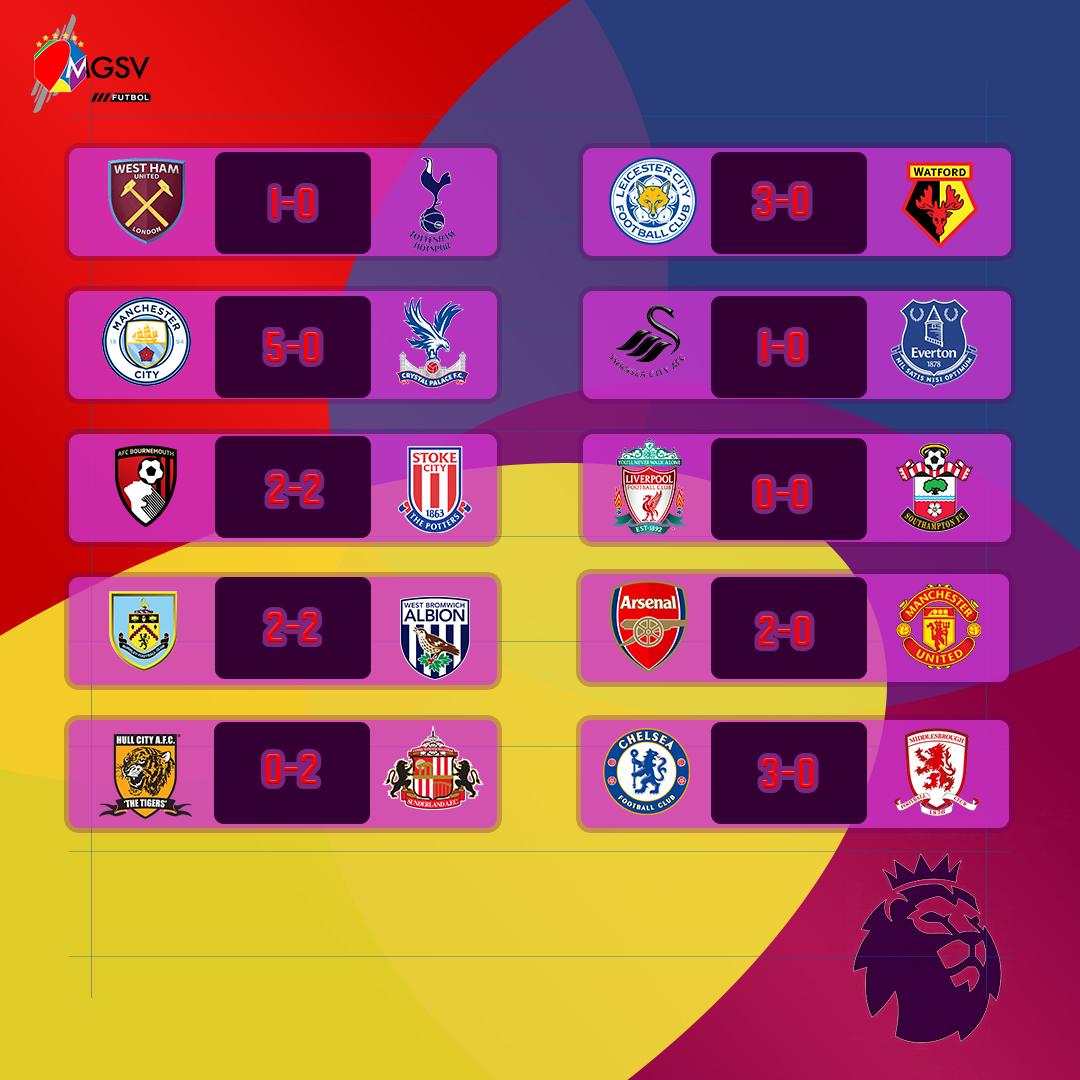 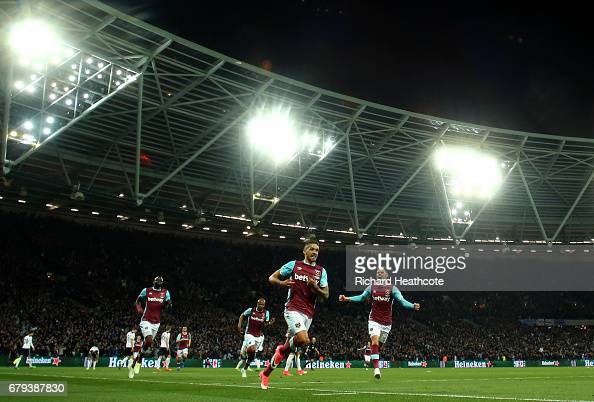 West Ham United ended Tottenham’s title ambitions when Manuel Lanzini’s goal for West Ham  in the second half became the only goal of the match.

It is now really Chelsea’s title to lose.

An early goal lead and a second half thrashing saw Manchester City gets a home victory that placed the pressure on Crystal Palace in their fight to avoid the drop zone.

A goal and an own-goal a piece gave Bournemouth and Stoke City a point.  Not a lot is at stake for these two mid table teams, a point should do it for them.

Sam Vokes scored a brace to get Burnley an important point at home against West Brom. 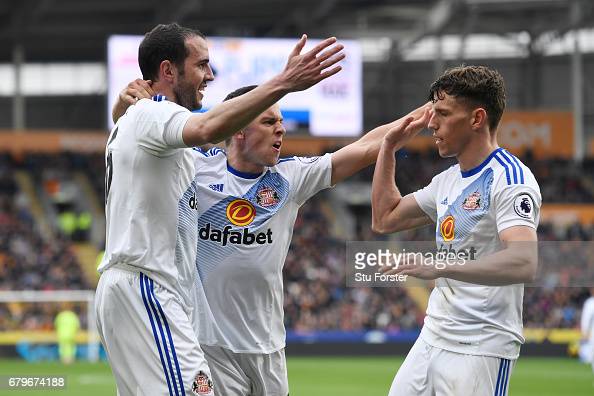 Relegated Sunderland sent Hull City and invited to join them in the Premier League exit.

With nothing left to lose in their season, Sunderland scored two goals to get an away victory over a Hull City side that is in a battle to avoid an early exit back to the EFL Championship. 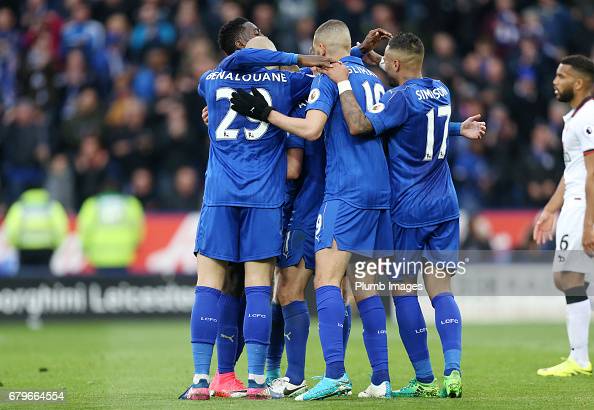 It was a consecutive league victory for Leicester City as they grabbed maximum points at home against Watford. 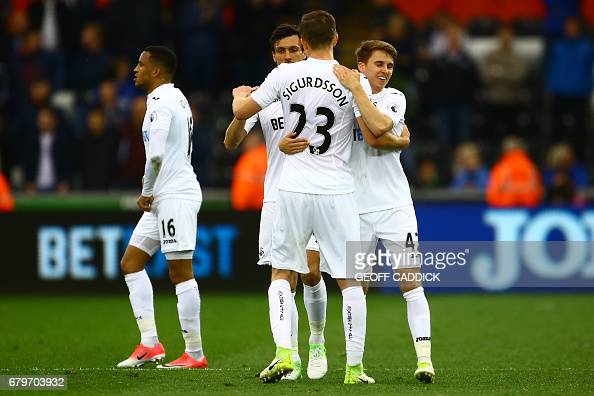 Everton suffered a second league defeat in a row and allowed Swansea City to take their survival in the Premier League in their own hands.

In their four meetings in the 2016/17 Premier League season, Liverpool couldn’t manage to score a goal against Southampton. 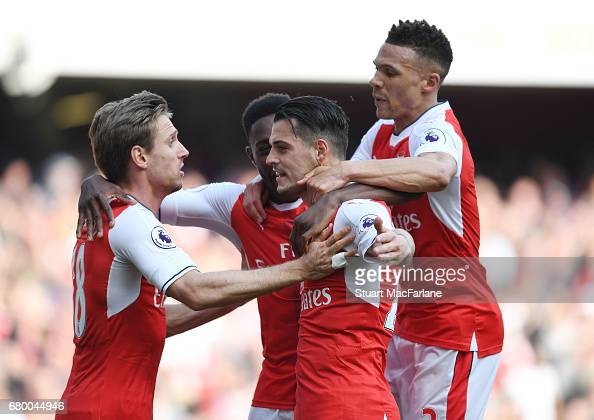 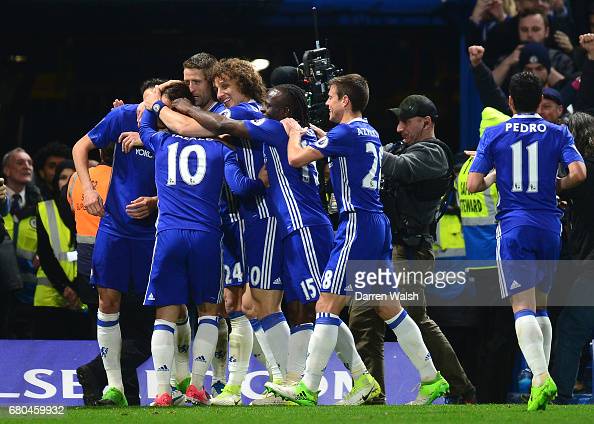 Middlesbrough gets relegated while Chelsea places one hand on the league title.

Chelsea marched towards the league title with a victory that sent recently-promoted Middlesbrough back to the Championship.

9 points remain in the season and Chelsea is 7 points clear at the top of the league table. A victory would seal it.