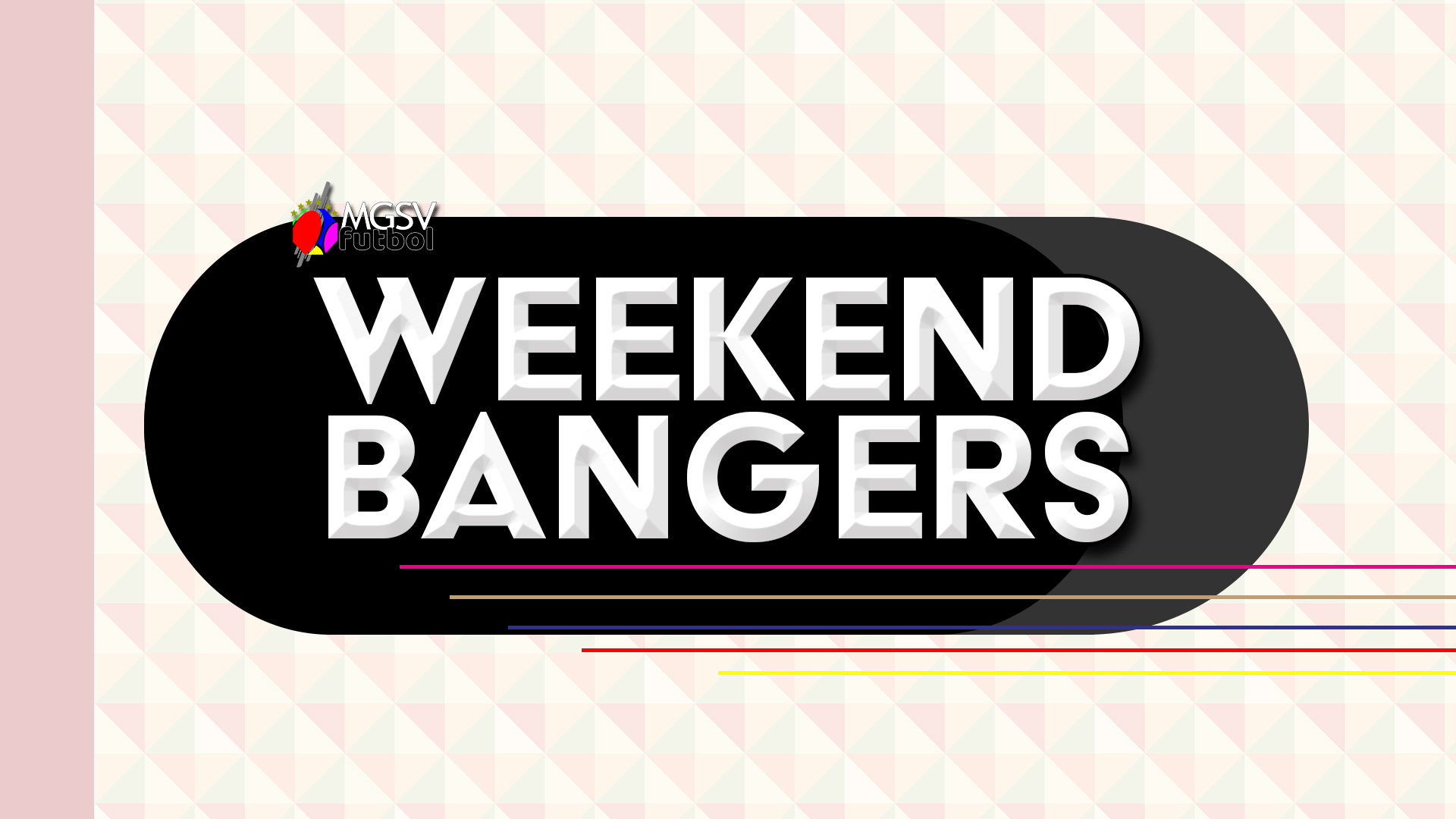 October 24th, 2021 (Sunday) calls for canceling any plans and commitments that will keep you from football.
Among the other blockbuster fixtures are the ‘Manchester United vs Liverpool (North-West derby), Inter Milan vs Juventus (Derby d’Italia), Marseille vs Paris St. Germain (Le Classique), Barcelona vs Real Madrid (El Clasico), and Ajax vs PSV Eindhoven (De Topper) 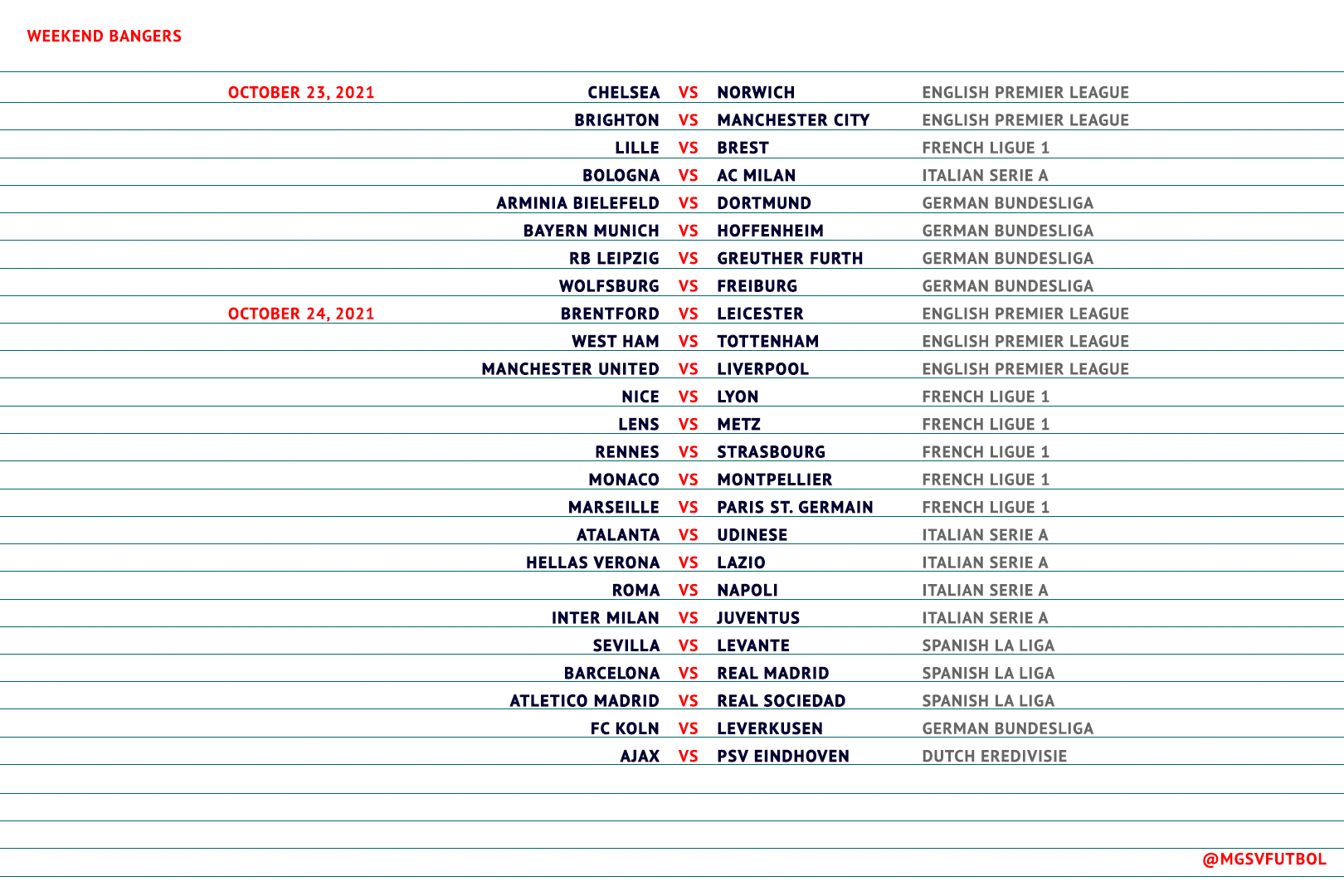 MANCHESTER UNITED VS LIVERPOOL
They are the most successful English clubs so bragging rights are at risk with the league points. They both come to this match after narrowly winning their midweek matches in the Champions League to move to the top of their group.

Liverpool is a point from the top of the league.
A win here could be sending them to the top if Chelsea should do the unlikely and drop points against Norwich City.
Manchester United is without a league win in their last three matches and will have to do something special at home against Liverpool to put a stop to this streak.

CHELSEA vs NORWICH
Norwich City’s search for their first win of the new season will likely have to be pushed to a later date. At the bottom of the Premier League standings, Norwich City on paper/form does not stand a chance against a Chelsea side on the top of the table.
Chelsea needs to do what is expected of them to keep their position as the top.

On the other hand, this is an opportunity at home for Brighton to fight for their place in the top four. Brighton is with a win from overtaking Manchester City.

BRENTFORD vs LEICESTER CITY
Brentford has been the best performer out of the newly-promoted teams. They have a point lead on Leicester City and we can expect them to do what is necessary at home to keep this lead and avoid back-to-back league defeat.

ROMA VS NAPOLI
Napoli risk their 100% winning start at Rome against a Roma team that will be in to make up for defeat they suffered in Turin against Juventus.
As perfect of a start Napoli has had with wins from all eight matches played, they are not in the position to afford a defeat and keep the top spot in Serie A.

INTER MILAN vs JUVENTUS
After a poor start to their season, Juventus are a win from equalling points with defending champions Inter Milan.
For this to happen, Inter Milan will be following up their first league defeat of the season with another defeat.
Can Inter Milan afford the cost of such a defeat to their morale in a title defense season?

BOLOGNA vs AC MILAN
AC Milan is the only team in a position to take advantage of a Napoli slip-up at the top of the league.

ATALANTA vs UDINESE
Atalanta will be hoping to use a win against Udinese to boost the morale lost after blowing away their opportunities in their midweek Champions League match against Manchester United.

For Marseille, there isn’t enough room for mistakes.
There are nine teams that are a win away from equalling Marseille in points accumulated or to overtake them in the standings if they don’t get the right result from this game.

LILLE vs BREST
Lille does not look anywhere close to defending the league title.
They must bounce back from defeat to Clermont with a win against a
Brest team that is ten games into the season without a win.

In the Spanish La Liga

ATLETICO MADRID vs REAL SOCIEDAD
A win for Atletico Madrid will put them on equal points with a game in hand.
With an extra match played, Real Sociedad is three points in the lead of the Spanish La Liga title race. They will lose the top spot if they are beaten.

BARCELONA VS REAL MADRID
An El Clasico without Messi and Ramos.
Form predicts a Real Madrid win but Barcelona is a team ascending.
As bad of a start to the season Barcelona has had, they are an El Clasico win from moving a point above Real Madrid.

SEVILLA VS LEVANTE
Should things go according to plan for Sevilla, they will be taking full
advantage of the results from the El Clasico and the ‘Atletico vs Real Sociedad’ fixtures. Sevilla will be expected to get the three points at home against a relegation zoned Levante that is also without a win after playing nine rounds.

On the top end of the Dutch Eredivisie

AJAX vs PSV EINDHOVEN
The top of the Dutch Eredivisie is on the line this weekend when Ajax hosts PSV.
They are currently the top two teams in the standings and separated by a point.