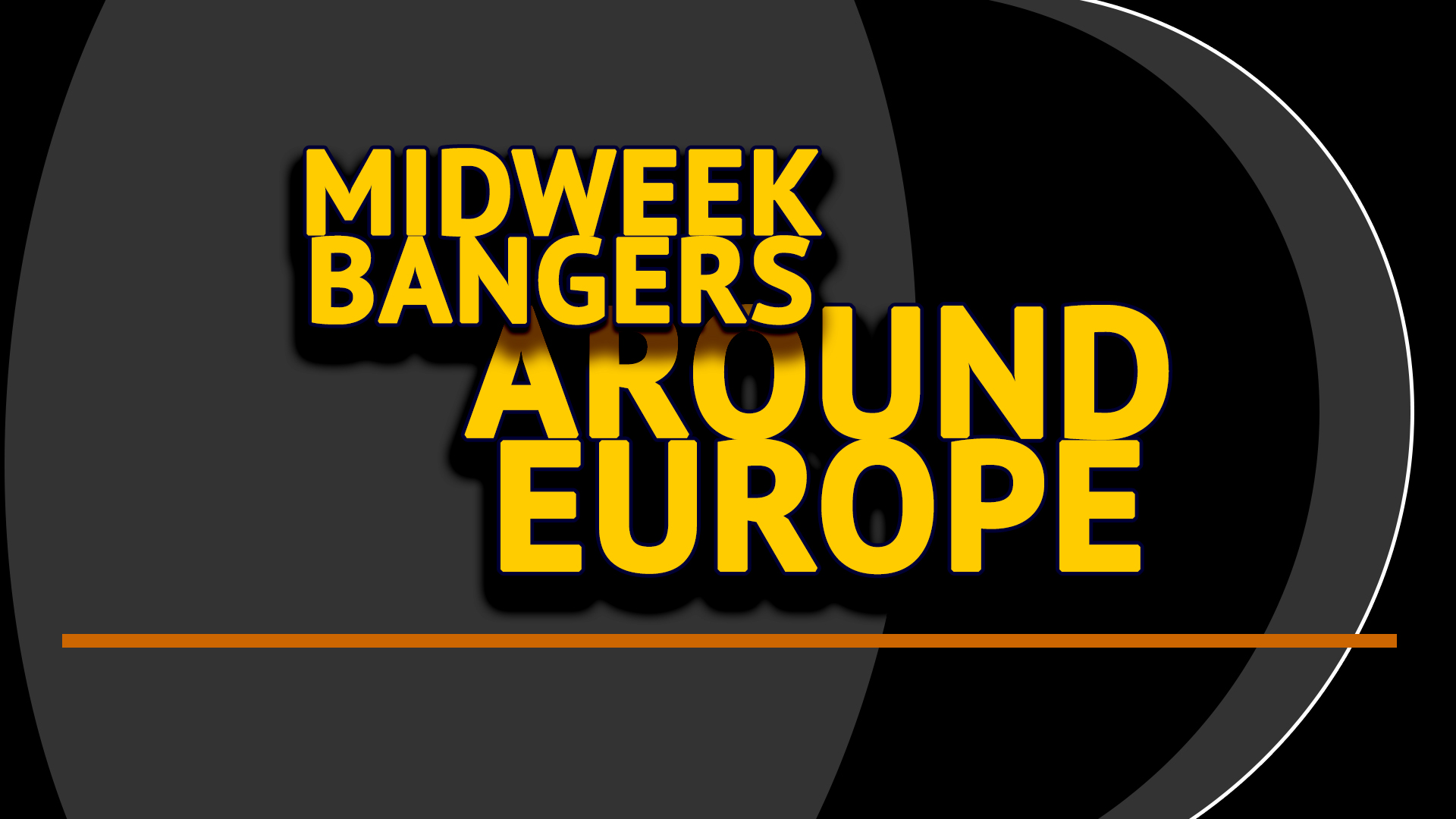 Lionel Messi scored a brace as Barcelona came from an early goal down to win on the road against Athletic Club.

ITALIAN SERIE A
The defending champions hand the league leaders a first defeat of the season.
It took 16 rounds, but AC Milan suffered their first defeat of the 2020/21 Serie A season.
Federico Chiesa scored a brace that included the opening goal and the winning goal. 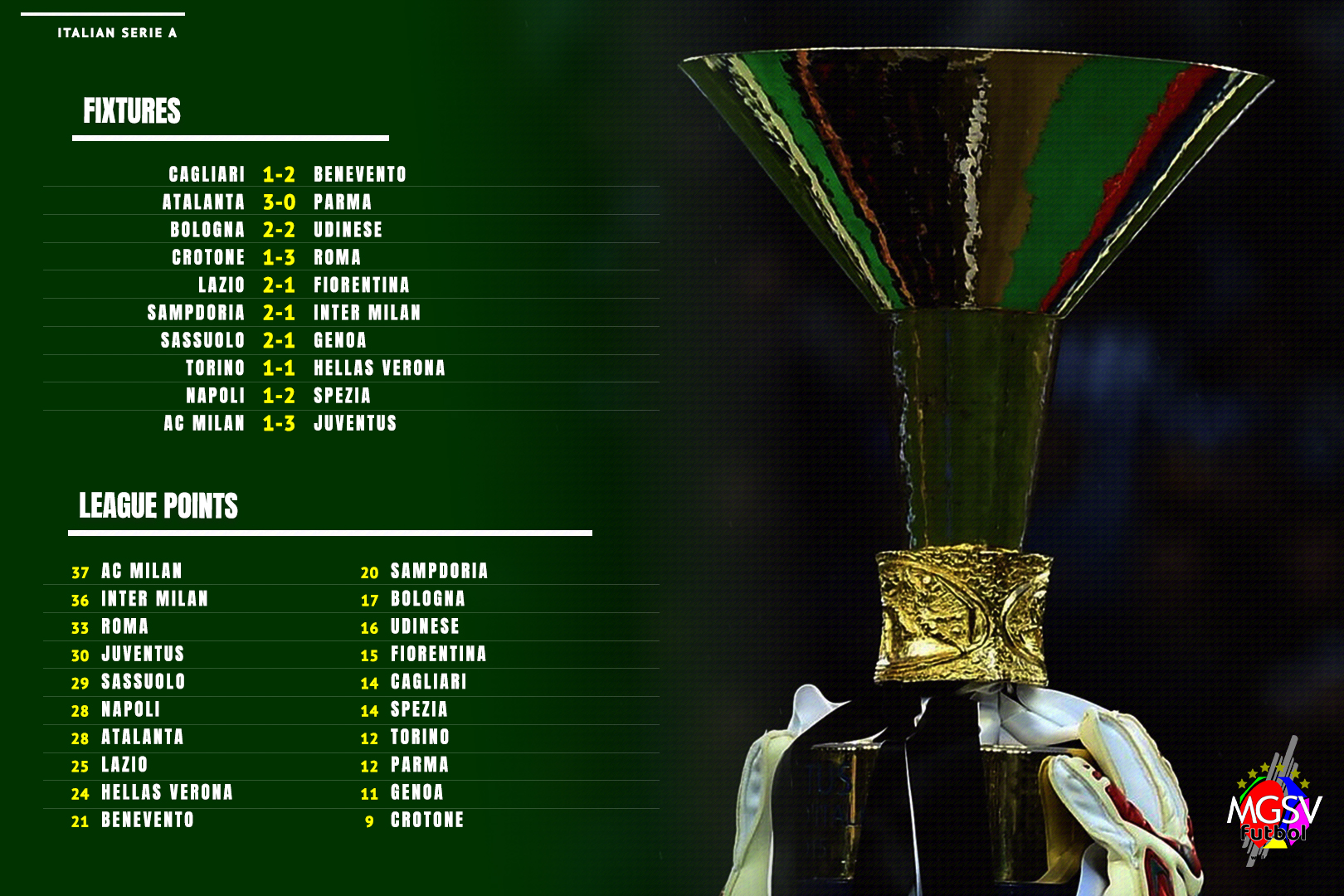 Benevento came from a goal down to take three points at Cagliari.

Atalanta found two additional goals in the second half to make it a convincing win against Parma.

A goal in the additional minutes allowed Udinese to avoid defeat against a 10-man Bologna. It ended in a 2-2 draw.

Roma used a 3-0 first half win to secure three points at Crotone.

Ciro Immobile’s 75th minute goal ended up get Lazio a win at home against Fiorentina.

Napoli suffered a shocking home defeat against a 10-man Spezia.

Torino and Hellas Verona shared the points after a goal each in the second half.


FRENCH LIGUE 1
Lyon moved three points clear at the top of the French Ligue 1 as their closest competition fall short.
Lille fell from the top of the league table after a 3-2 home defeat to Angers.
Lille’s defeat allowed Paris St. Germain to move up a position, despite failure to pick up a win at Saint-Etienne. 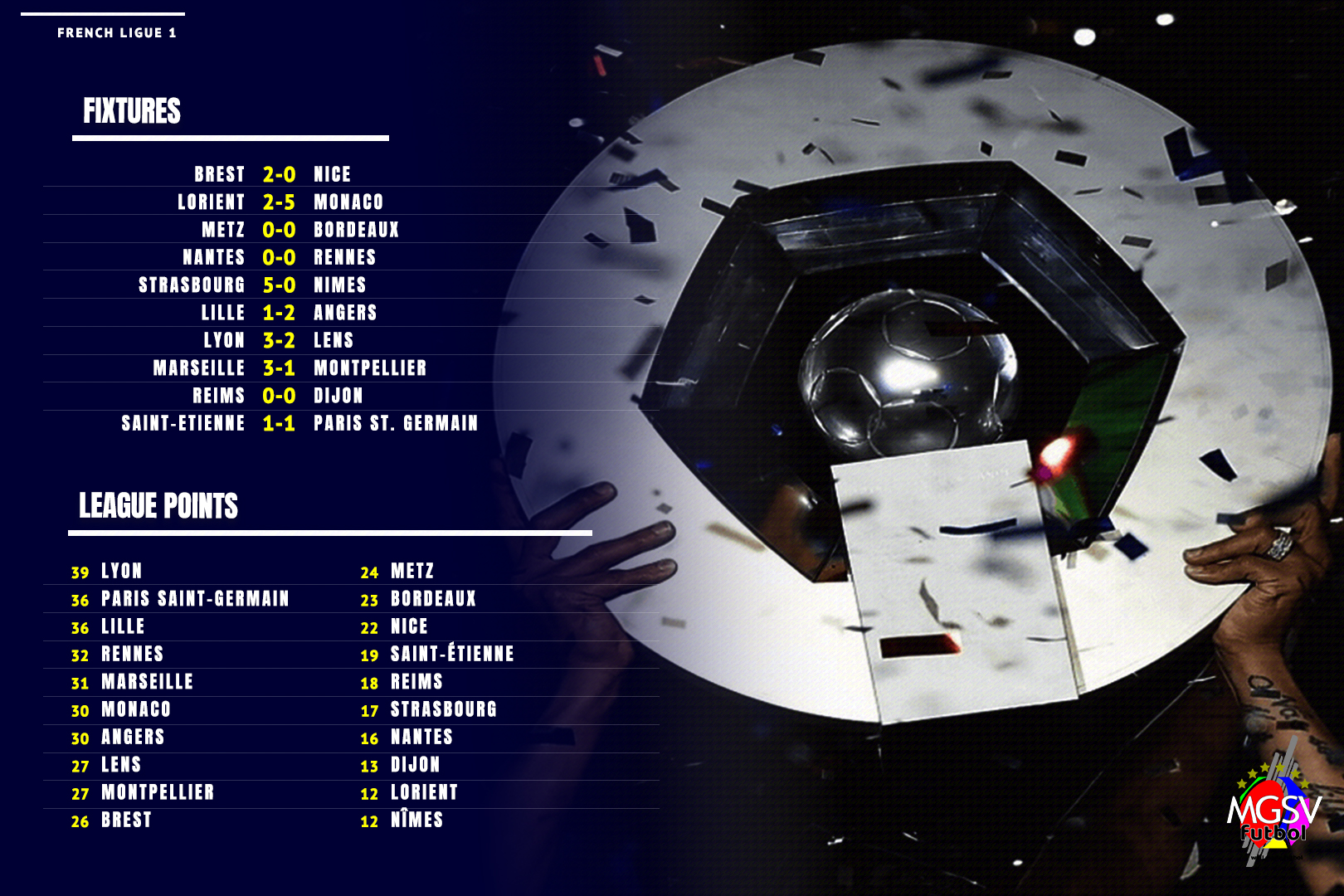 With the exception of Dijon picking up a point, the occupants of the bottom three positions remain the same.

Early goals in the opening half hour ushered Brest to a win at home against Nice.
Monaco came on top against a 10-man Lorient. Monaco won 4-1 after Jonathan Delaplae was sent off on a straight red card in the 48th minute. It ended a 5-2 win for Monaco.

Ludovic Ajorquee missed out on a hattrick after a failing to convert a penalty in the 58th -minute. The additional goal wasn’t needed as Strasbourg ent on to secure a convincing 5-0 win at home against Nimes.

Conceding 2 goals in the opening 10 minutes led Lyon to suffer a defeat at home to Angers.

Lyon’s three goals held for them to pick up a 3-2 win at home against Lens.

Two goals in the final 10 minutes of regulation time handed Reims a win against Montpellier.

Mauricio Pochettino’s first match as PSG’s boss ended with points dropped from a 1-1 draw at Saint-Etienne.