PREMIER LEAGUE
The newly-promoted teams got to start their season with home matches. Two of the three promoted teams won their match in the opening round of the 2021/22 English Premier League season. Brentford shocked Arsenal to win the opening match of the round and Watford beat Aston Villa. Norwich City was beaten by Liverpool.

Brentford’s return to the top-flight league football after 74 years was marked with a victory. ARSENAL DROPPED THREE POINTS
Arsenal kicked off their season with a defeat against newly-promoted Brentford.
Sergi Carlos scored the first goal of the season in the 22nd minute to give Brentford a lead that eventually ended up being the winning goal. Christian Norgaard doubled the lead for Brentford in the 63rd minute to send Arsenal home on a 2- 0 defeat. 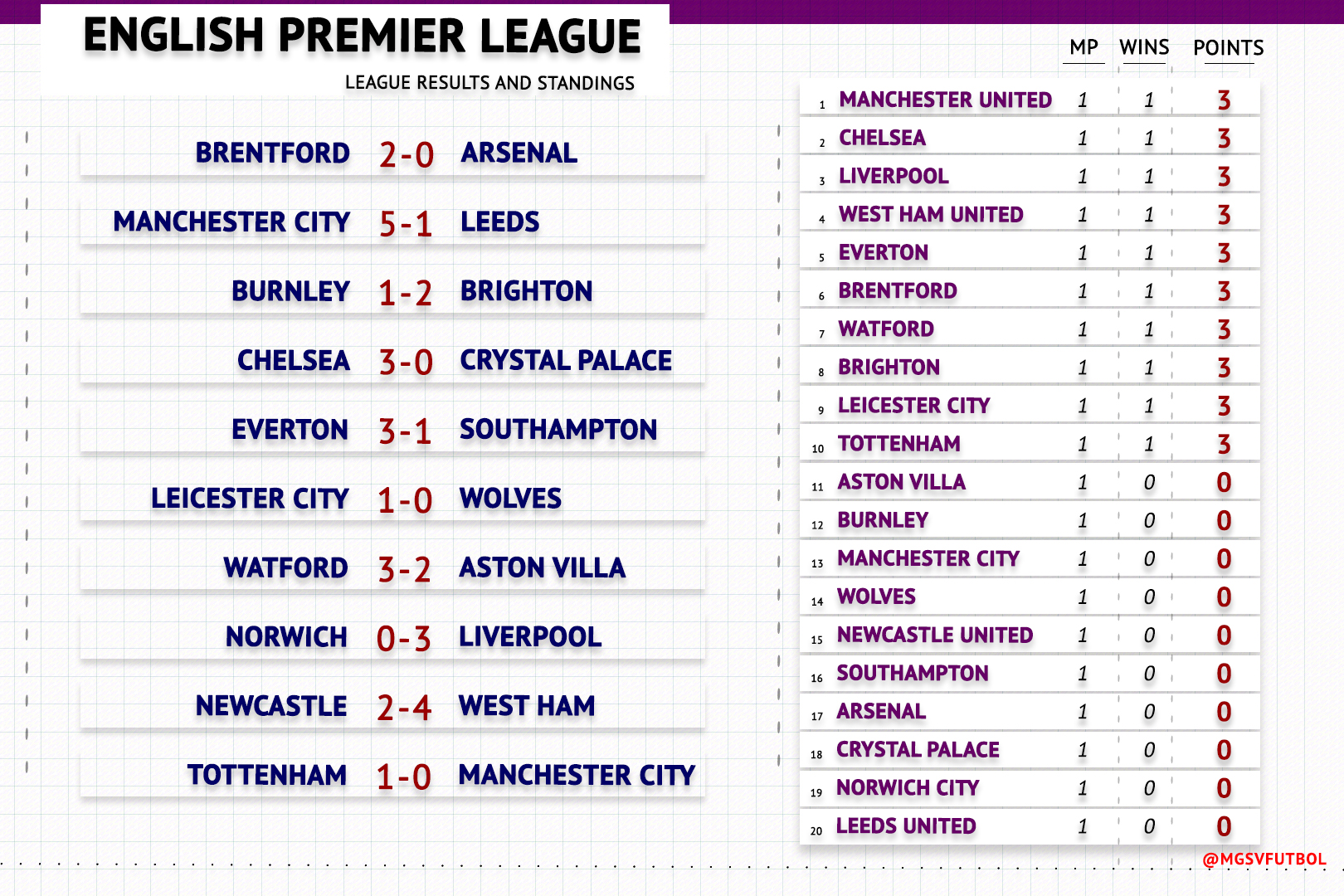 A second-place finish on two occasions is the best Manchester United has managed to do since the retirement of Sir Alex Ferguson. The last league title was in 2013. They are closing in on a decade. This is the start that has revived title dreams.

CHELSEA GRABS THREE POINTS AT HOME
Straight from winning the UEFA Super Cup title, Chelsea made the mark on the new season with a home victory over Crystal Palace. At 2-0 up at the end of the first half, it was difficult to see any other result but a win for Chelsea.

Watford’s first game back ended with three points from a 3-2 win against Aston Villa.

Everton came from a goal down to beat Southampton 3-1.

Jamie Vardy’s goal gets Leicester City three points in their opening match against Wolves. Burnley took an early lead after getting a goal in the first 2 minutes but failed to hold on to their lead and ended up suffering a 2-1 defeat at home to Brighton.

WEST HAM SCORED THREE IN THE SECOND HALF TO WIN AT NEWCASTLE.
Newcastle took the lead twice and lost it the same number of times to lose their first match of the season by 4 goals to 2 against West Ham.

MANCHESTER CITY START THE TITLE DEFENCE ON A DEFEAT
Defending a league title is nothing new for Pep Guardiola and Manchester City. They did that in 2018 and 2019 and will need to make this start a blimp in their campaign if they want to keep the Premier League title.

Heung-Min Son scored the match’s only goal in the 55th minute to get Tottenham a winning start to their season while keeping Manchester City on zero points.