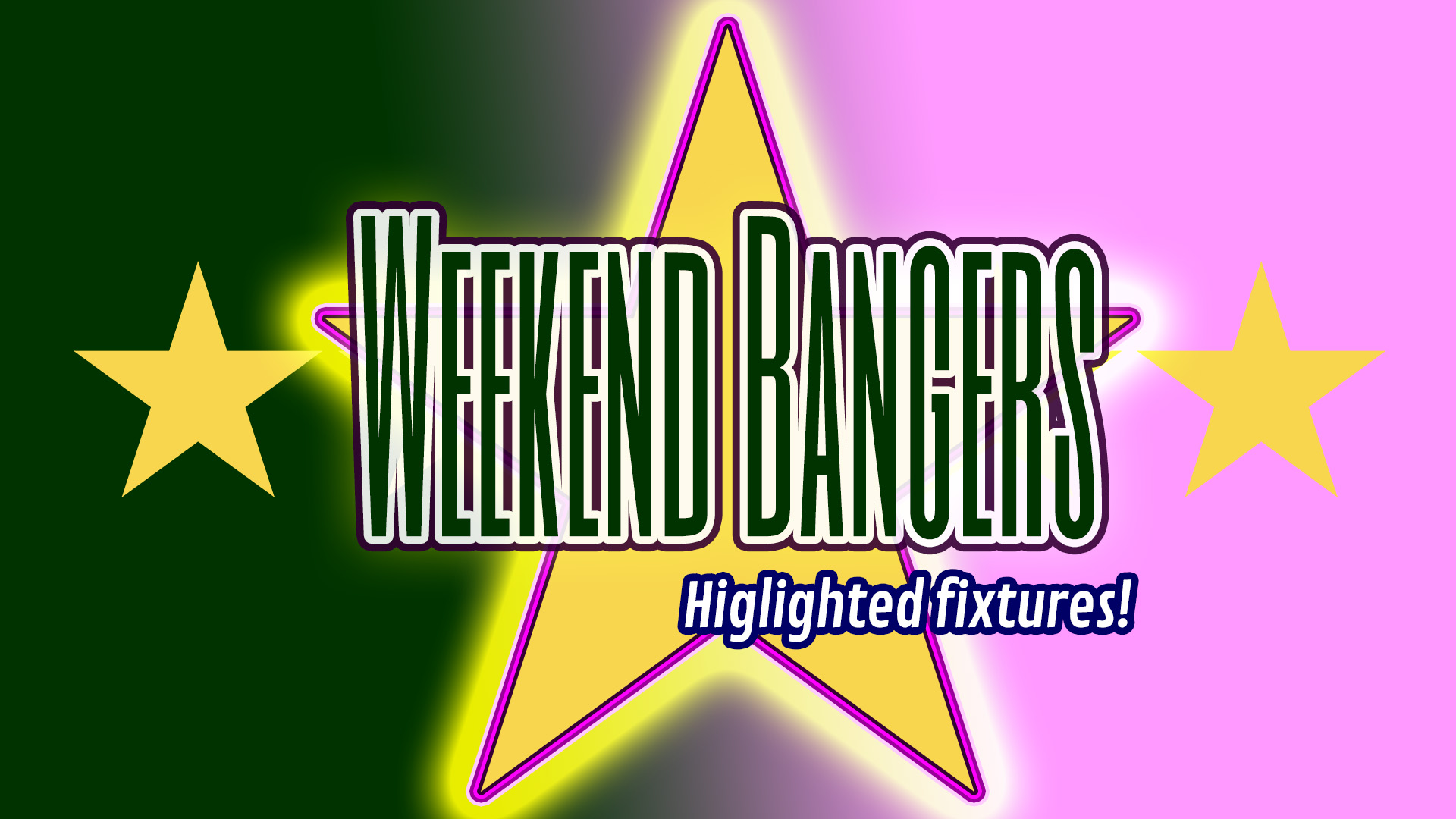 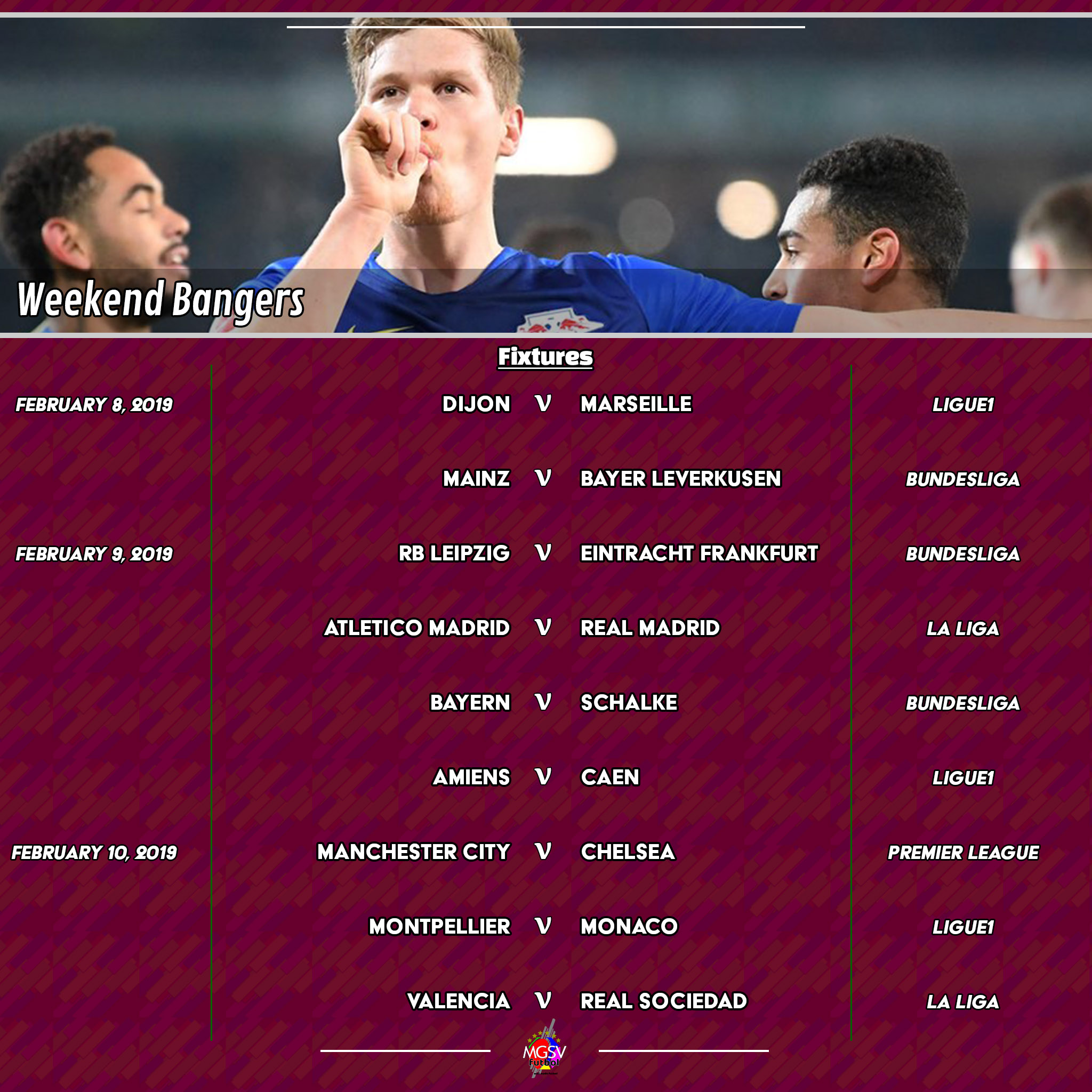 February 9, 2019
RB Leipzig vs Eintracht Frankfurt (Germain Bundesliga)
It is a big opportunity for Eintracht Frankfurt as a win against RB Leipzig will put Frankfurt just 2 points away from the top four in the Bundesliga standings. As for RB Leipzig, the aim here is to get closer to the top three teams in the league standings. Favorable results from other matches in this round could put a victorious RB Leipzig at just two points from 3rd and 2nd placed Bayern Munich and Borussia Monchengladbach. 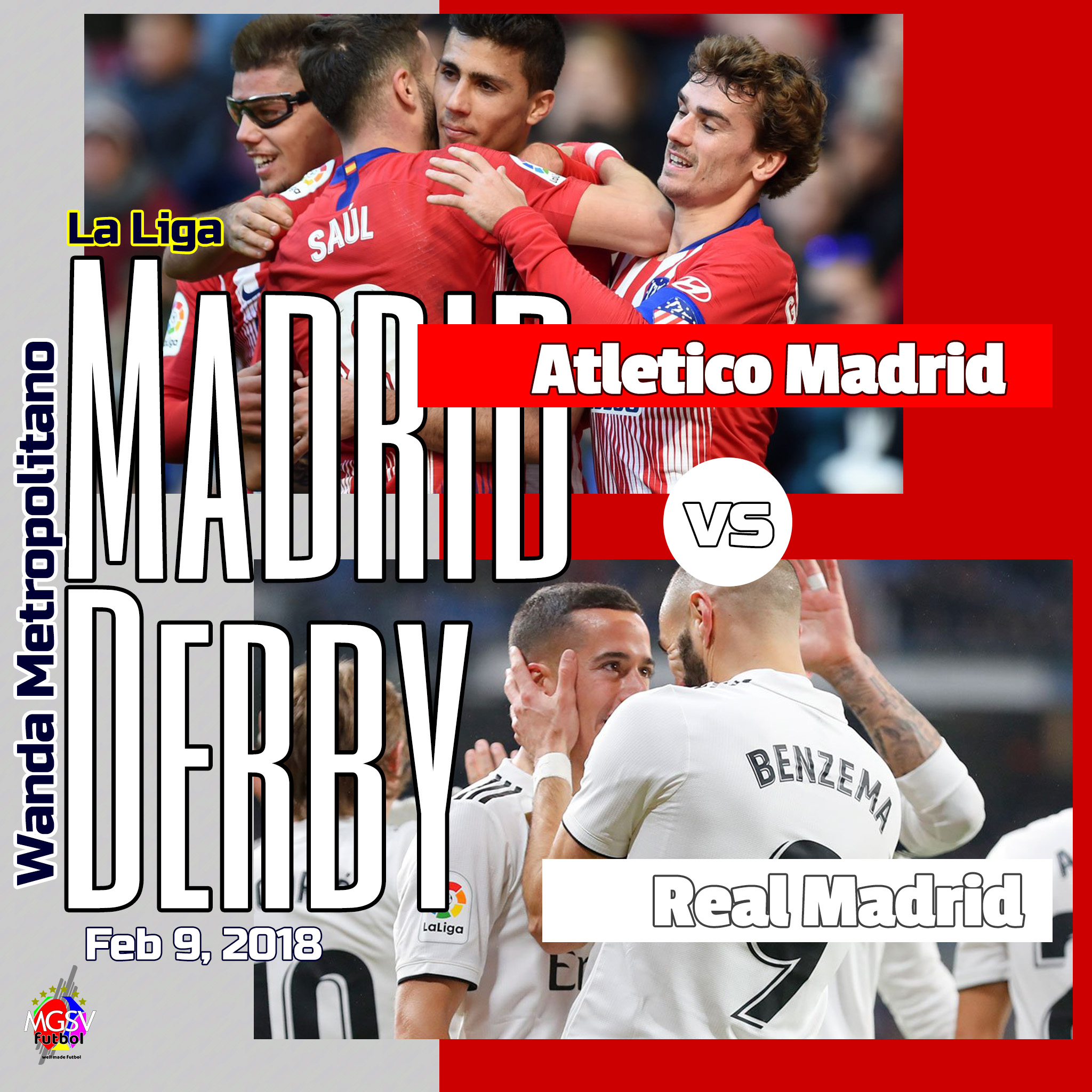 Recent results have seen Real Madrid drag their way to the top end of the league standings and would replace Atletico Madrid in the 2nd position of the La Liga standings if they can extend their run to a 5th consecutive league victory.
Atletico Madrid will be hoping to create some breathing room for themselves by opening a 5-point lead between themselves and Real Madrid.
Outside the bragging rights that will be earned from beating their city rival, Atletico Madrid and Real Madrid are gunning for the points that will get them closer league leaders Barcelona.
Separated by just two points, Atletico Madrid could live with a repeat of the goalless game in the previous meeting of the two sides.

Bayern Munich vs Schalke (German Bundesliga)
Defending champions Bayern Munich need to bounce back from defeat to help do their part in closing the gap between themselves and the top of the table.
Bayern has a good record in recent seasons against Schalke. However, this season doesn’t look like a ‘typical’ Bundesliga season for Bayern.

Amiens vs Caen (French Ligue1)
Both teams are in a three-way tie on points (18) in the race to survive the Ligue 1 for another season. This is the kind of match that both teams are looking to secure the 3 points that will help them avoid relegation.

You can easily argue that both teams are Premier League title contenders this season. They are also the most recent champions.
Currently, Manchester City is chasing a league title while Chelsea chasing a place in the top four. Can Manchester City return the favor to a Chelsea team that handed them their first league defeat of the season?

Montpellier vs Monaco (French Ligue1)
Can Monaco get successive wins in the league for the first time in the 2018/19 season? Monaco’s 2-1 win over Toulouse in their last match was their first Ligue 1 home victory of the season; and their first league victory since December 4, 2018. (6 matches). With 1 win in their last 7 Ligue 1 matches has cost Montpellier their place in the top four.