2nd and 3rd fall to 6th and 7th.
Both Southampton and Tottenham fell out of the ‘Top 4’.
Arsenal remain in 15th after another league defeat.

Liverpool’s lead at the top of the table increased by a point at the end of Round 14.
Leicester City beat Tottenham in London and took their position in the league. Leicester are second with a point more than 3rd place Manchester United and 4th place Everton.
Manchester United have a game in hand.
Chelsea’s win in the final game for the round pushed Tottenham down to 6th.

Sheffield United doubled the points in the league but remained at the bottom without a win. 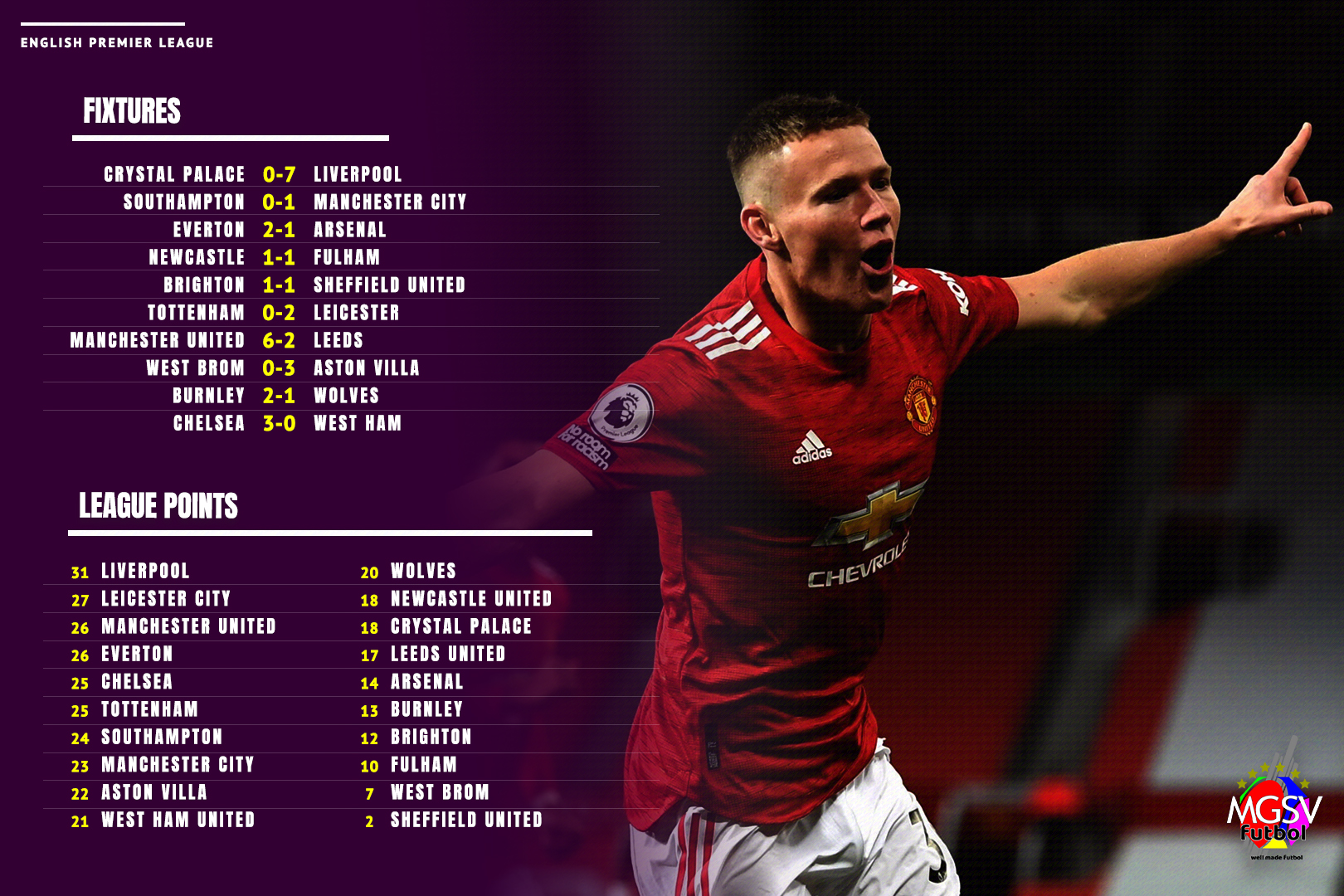