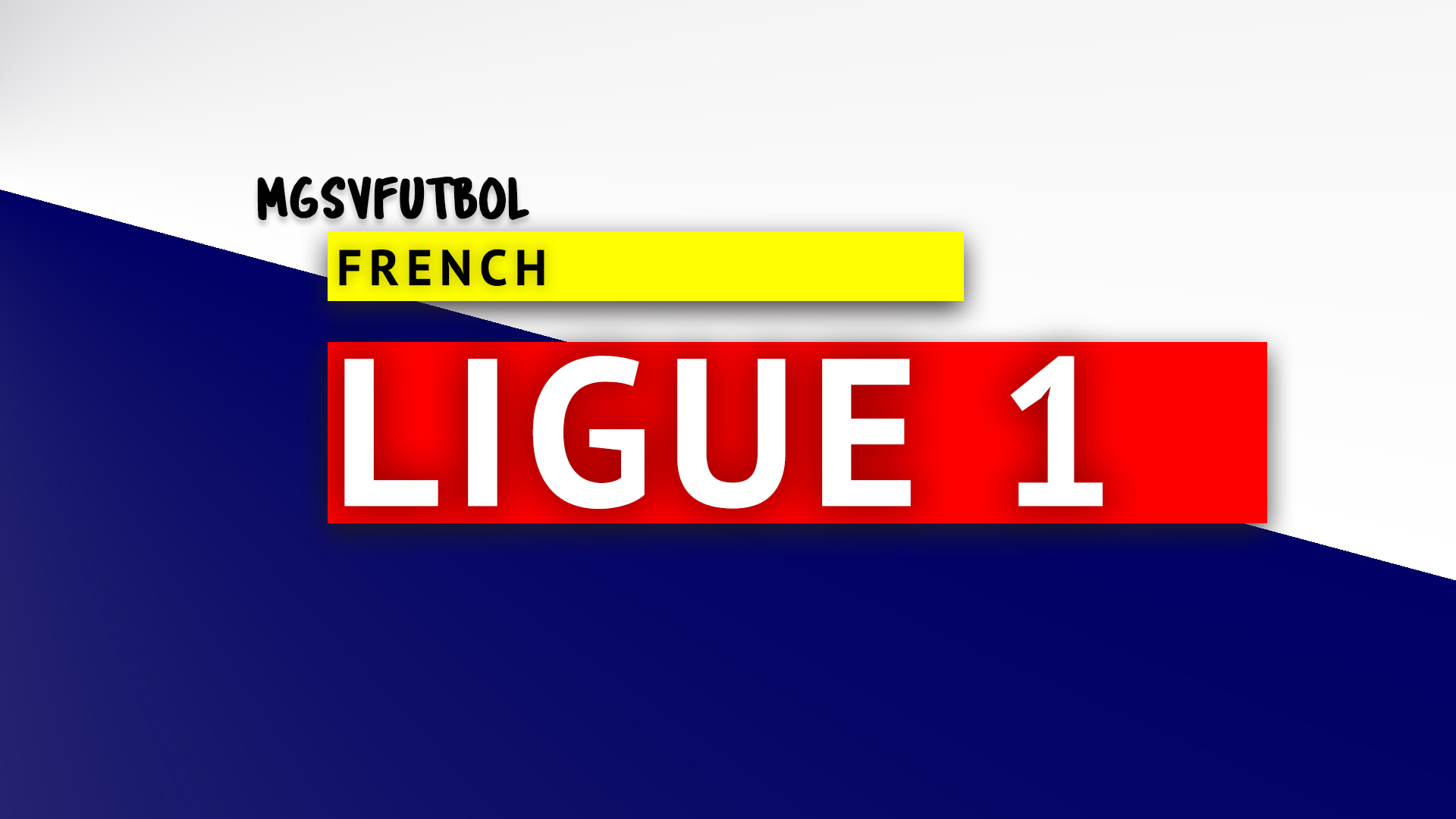 The game between Lyon and Marseille was abandoned, so the two clubs have a game in hand.
Paris St. Germain’s lead grew by a point to 11.
Nice moved up to the second place to replace Lens.
Lens dropped down two positions to 4th after getting trashed by Brest.
Defending champions Lille remain in the bottom half of the standings.

Clermont falls into the relegation zone to replace Bordeaux.
Metz is bottom of the league after sharing six goals with Bordeaux. 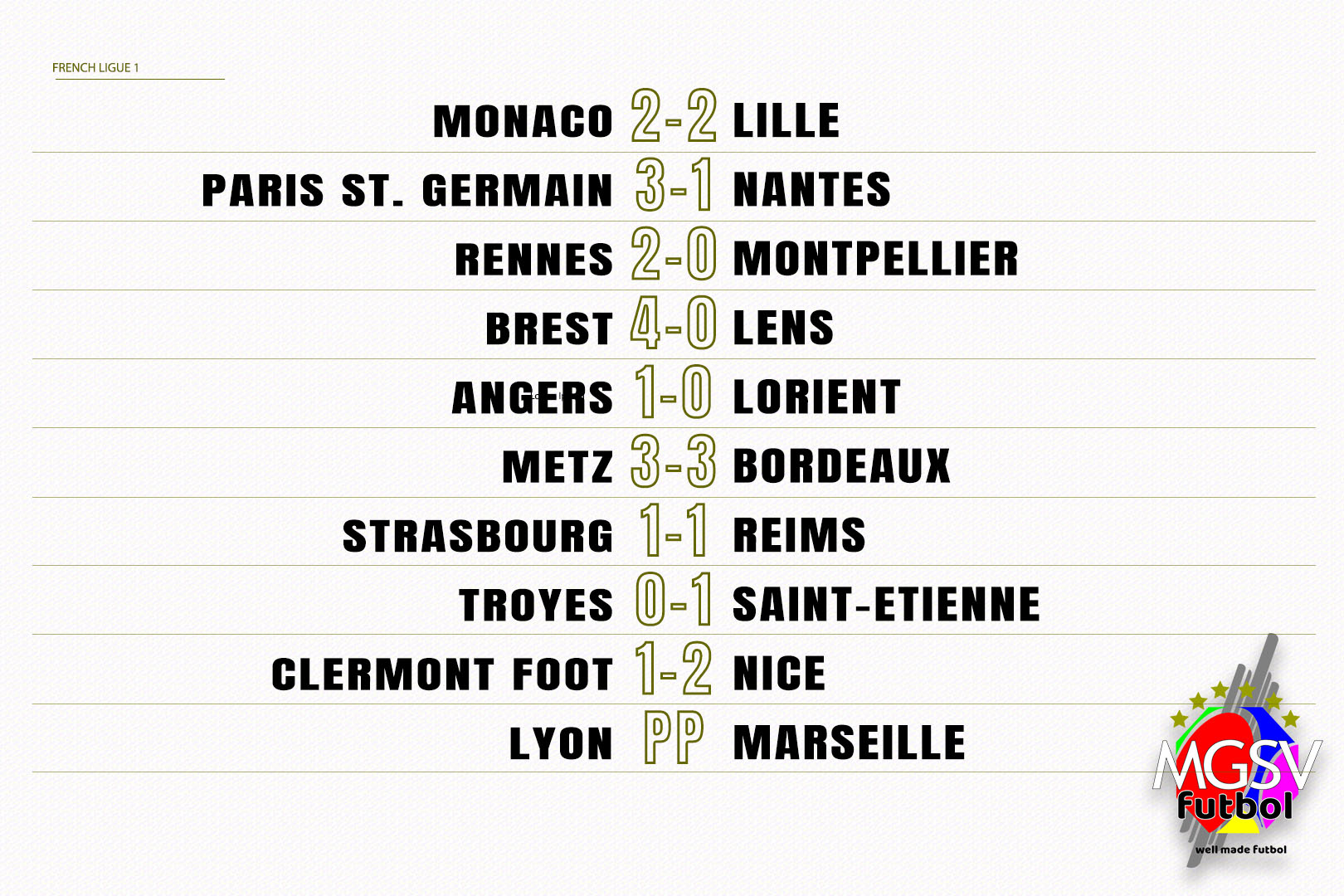 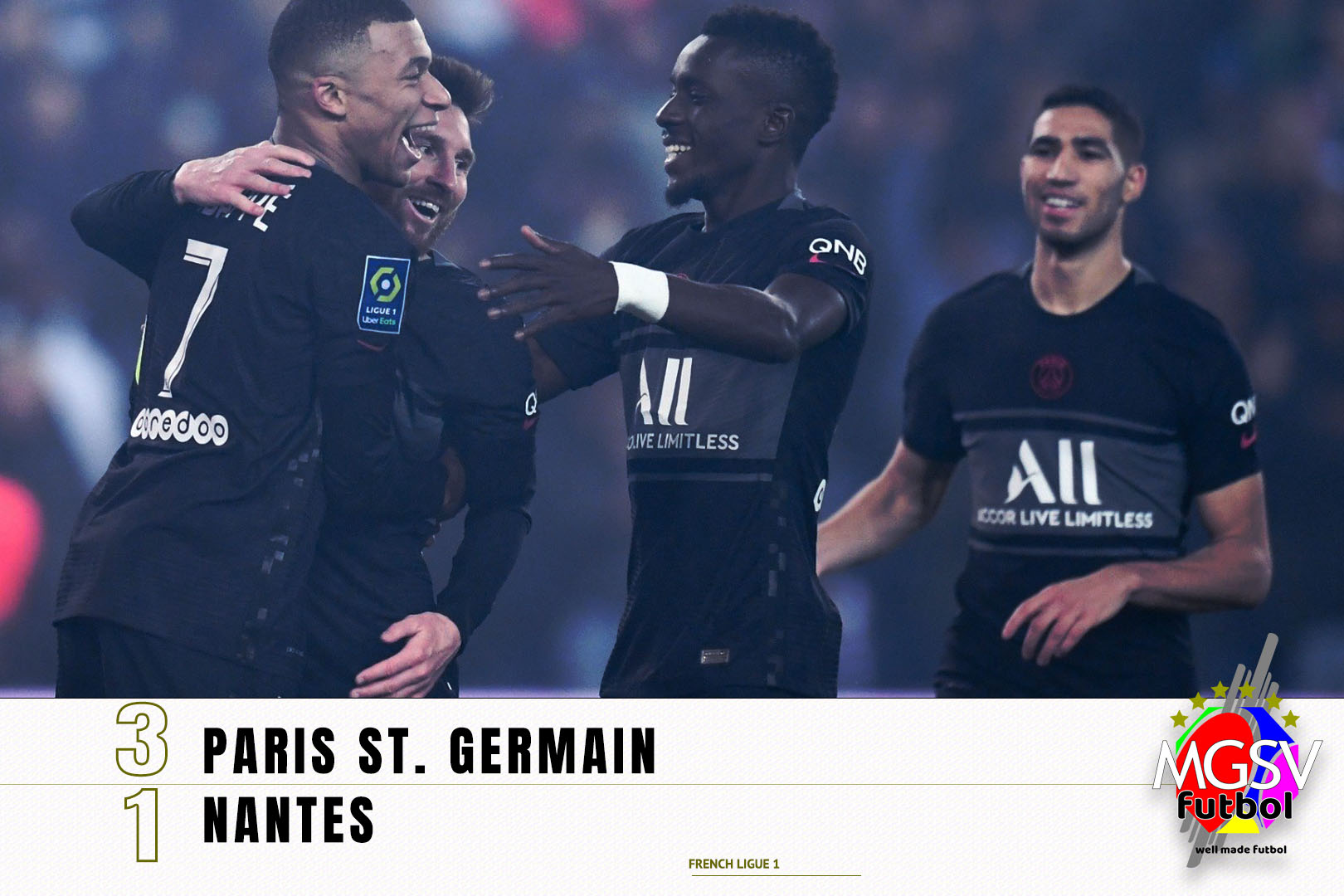 MONACO 2- 2 LILLE
Jonathan David score two goals in the first 10 minutes to get an advantageous start that ended up being wasted.
Lille were two goals up in the opening 10 minutes but found a way to drop points to a Monaco side that were reduced to 10 men.
Lille is without a win in five successive league matches. This isn’t the streak expected from a defending champion.

PARIS ST. GERMAIN 3- 1 NANTES
Lionel Messi opened his Ligne 1 scoring account as Paris St. Germain went on to pick up another set of three points.
P­aris St. Germain played with a numerical disadvantage from the 65th minute and lost their lead about 11 minutes later.
A deflected shot into goal and a strike from outside of the penalty box allowed Lionel Messi to restore PSG’s lead and the three points.

RENNES 2- 0 MONTPELLIER
Rennes followed their victory against Lyon with another against Montpellier to double the point-gap between the two.

LYON VS MARSEILLE
After just three minutes played,
Dimitri Payet was struck by a water bottle thrown from the bleachers.
The highly anticipated fixture was abandoned.

BREST 4- 0 LENS
Three wins in a row for Brest after the first-half thrashing of Lens lead to a 4-0 victory.

Troyes 0-1 SAINT-ETIENNE
Saint-Etienne followed up their first win of the season with another.

CLERMONT 1-2 NICE
Amine Gouri’s two goals got Nice from a losing position to get a win to bounce back from defeat to Montpellier in the last round.
It’s four defeats in a row for Clermont.

STRASBOURG 1-1 REIMS
Jean-Ricner Bellegarde scored in the final minute of the added time to save Strasbourg a deserved point at home against Reims.