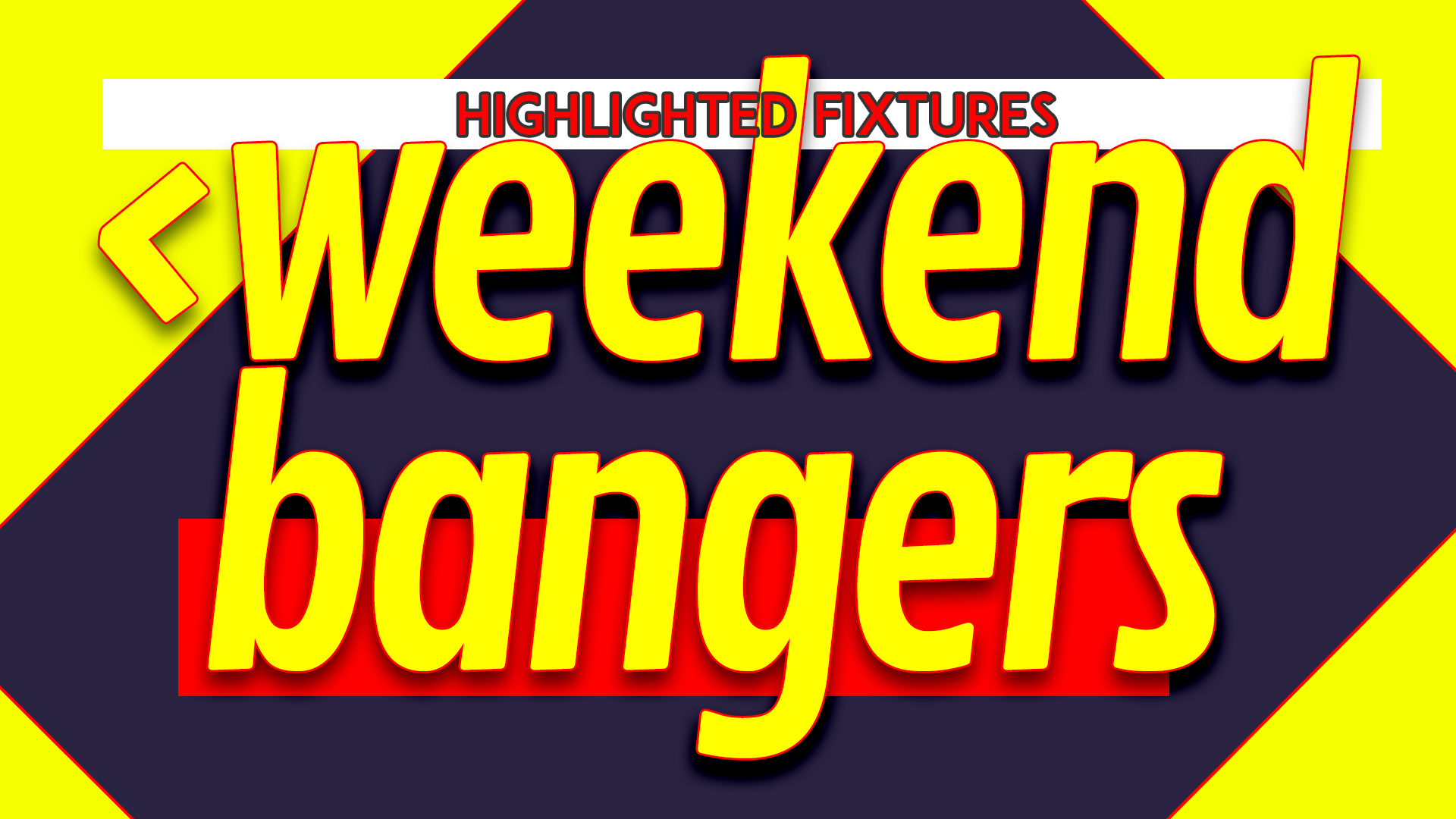 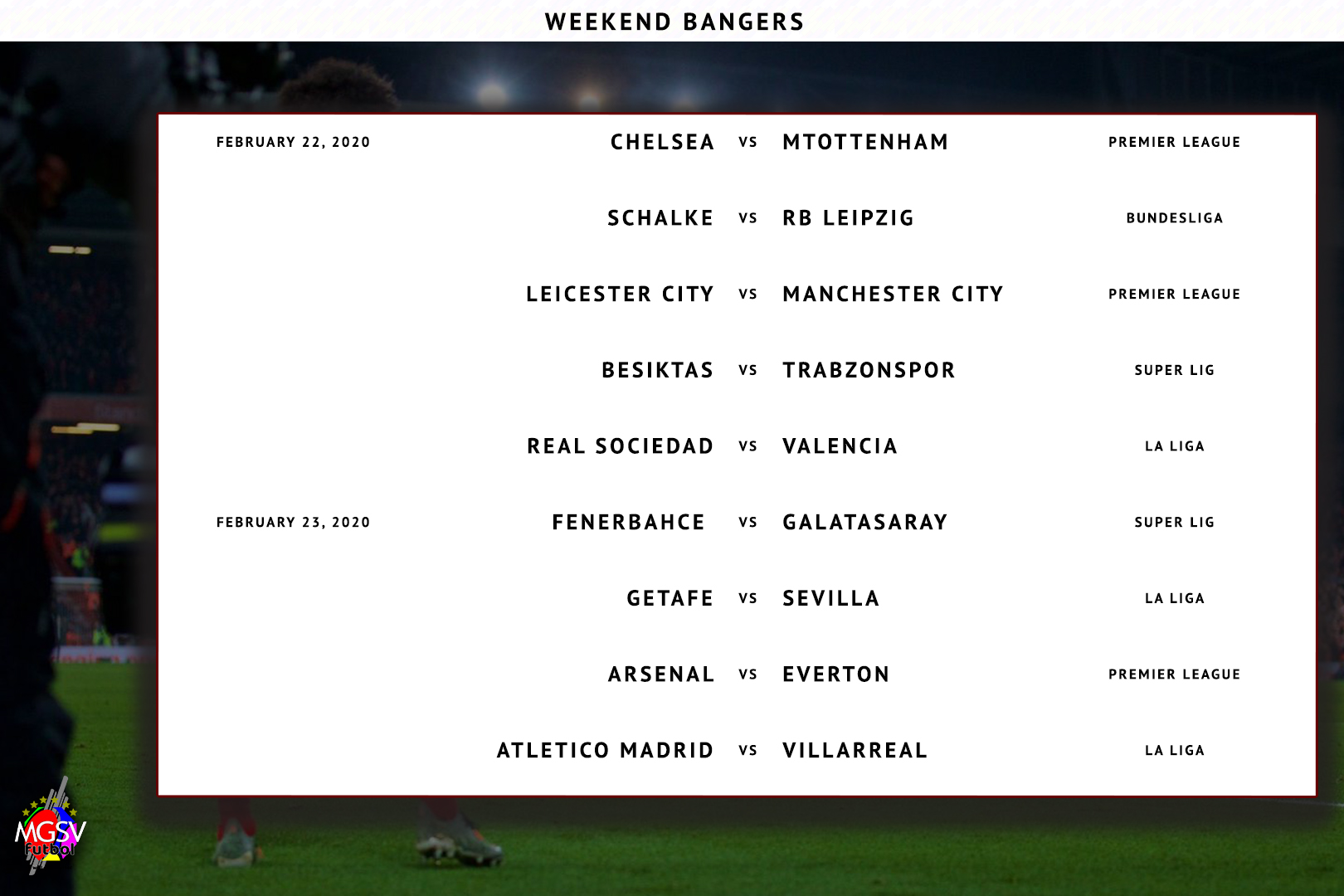 February 22, 2020
Chelsea vs Tottenham (English Premier League)
Reverse Fixture – Tottenham 0-2 Chelsea – Willian scored two goals in the first half for Chelsea to pick up a three points on the road.

A back-to-back home defeat in the league will cost Chelsea their position in the league.
4th-placed Chelsea will welcome 5th-placed Tottenham in a battle for a finish in a Champions League qualifying place in the league table.
Despite Chelsea winning the earlier meeting between the two sides, it is Tottenham who are enjoying a winning streak in the league. A win here for Tottenham will be their third straight league victory; making it 8 matches unbeaten in all competitions.

RB Leipzig will have to return the favor when they go to Schalke.
To keep up with Bayern Munich and co. in the Bundesliga title race, RB Leipzig can’t afford a repeat of their earlier meeting with Schalke. 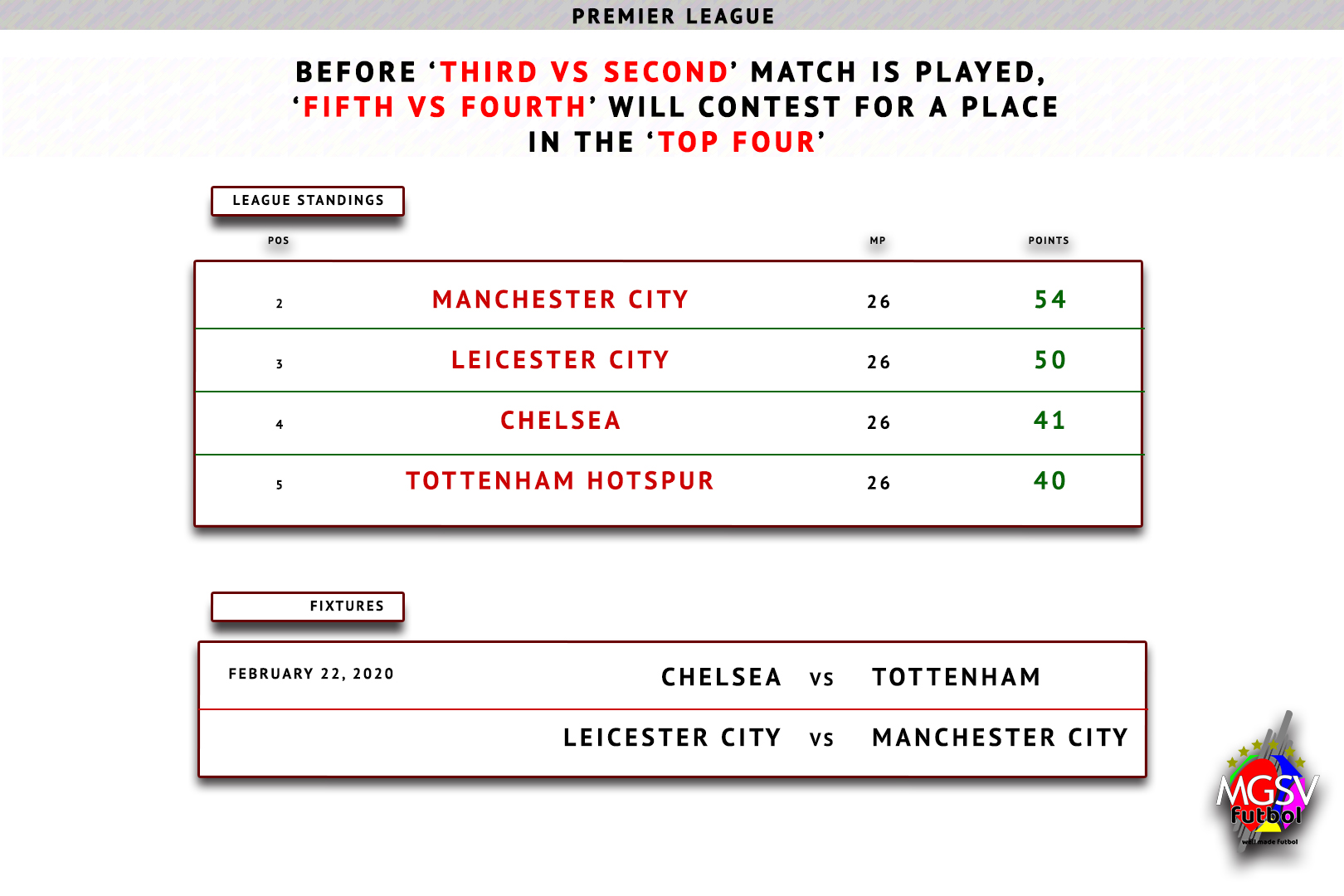 After 4th and 5th go against each other for a place in the top four in the Premier League, 2nd and 3rd will face each other to try and get close to the top team.

With a match in hand, Trabzonspor leads the Turkish title race by a point.
Trabzonspor will keep the point lead by getting a repeat result from the earlier meeting against Besiktas. It might be harder this time around with Besiktas playing with the backing of their home supporters.

Two teams separated by a point and touching distance from the Champions League qualifying place in the Spanish La Liga.
However, Real Sociedad have a match in hand and are coming to this fixture with better results from recent matches.
A win for REal Sociedad will allow them to leap 2-points above Valencia in the standings.

To help in their quest to defend their league title, Galatasaray will need a win on the road against their classic rival Fenerbahce.

A back-to-back league defeat will cost Getafe their place in the top four and see them replaced by Sevilla. The good news for Getafe is that Sevilla hasn’t won any of their last four competitive matches.

The ‘Arteta Derby’
It was goalless in the first meeting but Arsenal can use a win at home to get ahead of Everton in the race to be part of the ‘top 6’. 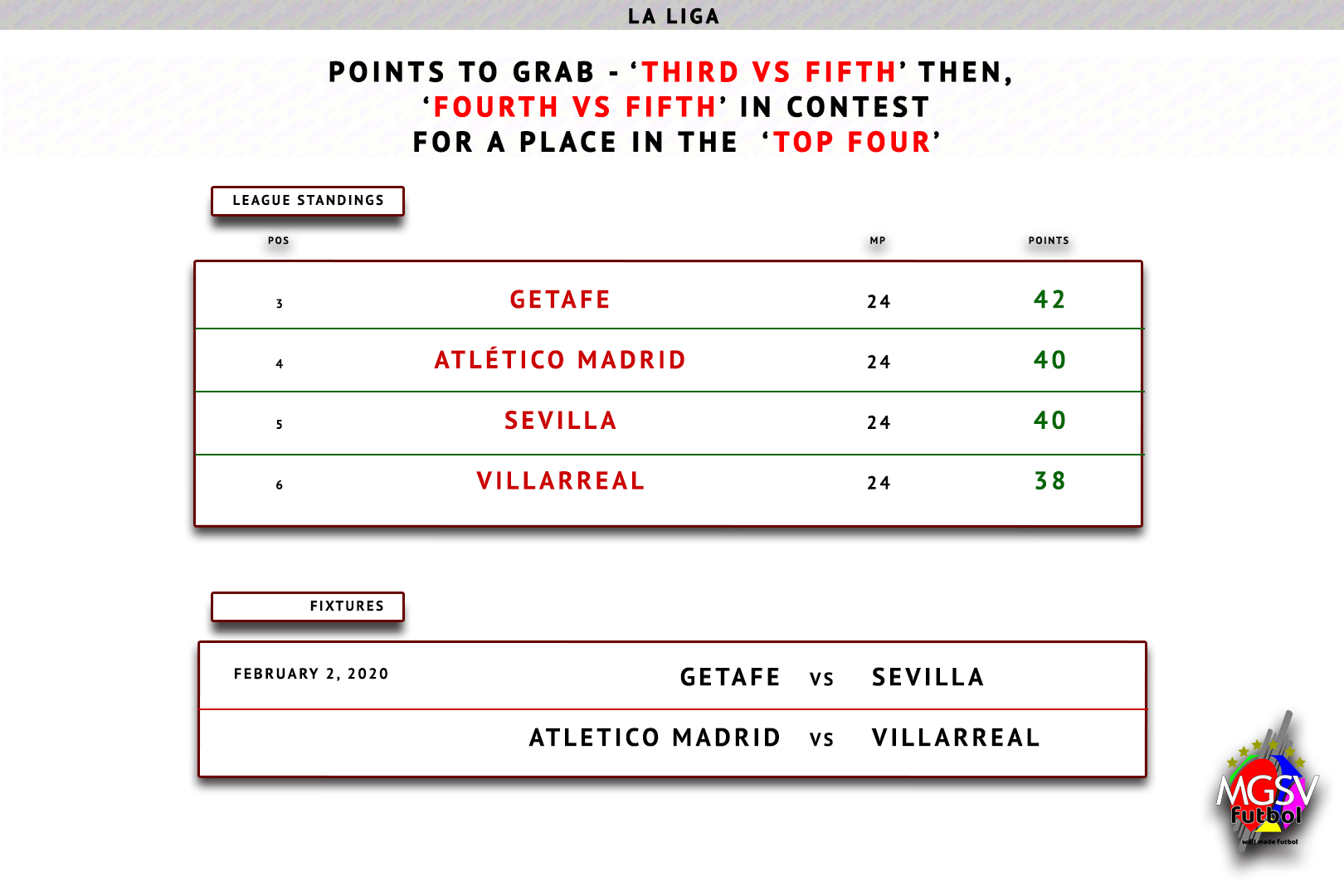 Atletico Madrid’s place in the top four is under threat if they don’t find a positive result at home against a Villarreal side looking for a victory that could see them finish the round in the top four.

Marseille vs Nantes
Angers vs Montpellier
Dijon vs Monaco

Lille vs Toulouse
Strasbourg vs Amiens
Saint-Etienne vs Reims

Italian Serie A
Brescia vs Napoli
Bologna vs Udinese

SPAL vs Juventus
Fiorentina vs AC Milan
Genoa vs Lazio

Atalanta vs Sassuolo
Hellas Verona vs Cagliari
Torino vs Parma