3 or fewer points between the teams in the ‘Top 4’.

Tottenham and Liverpool are tied on 24 points after 11 games.
Manchester United have a game in hand to bring them 2 points away from the top of the league if they are to pick up a win. 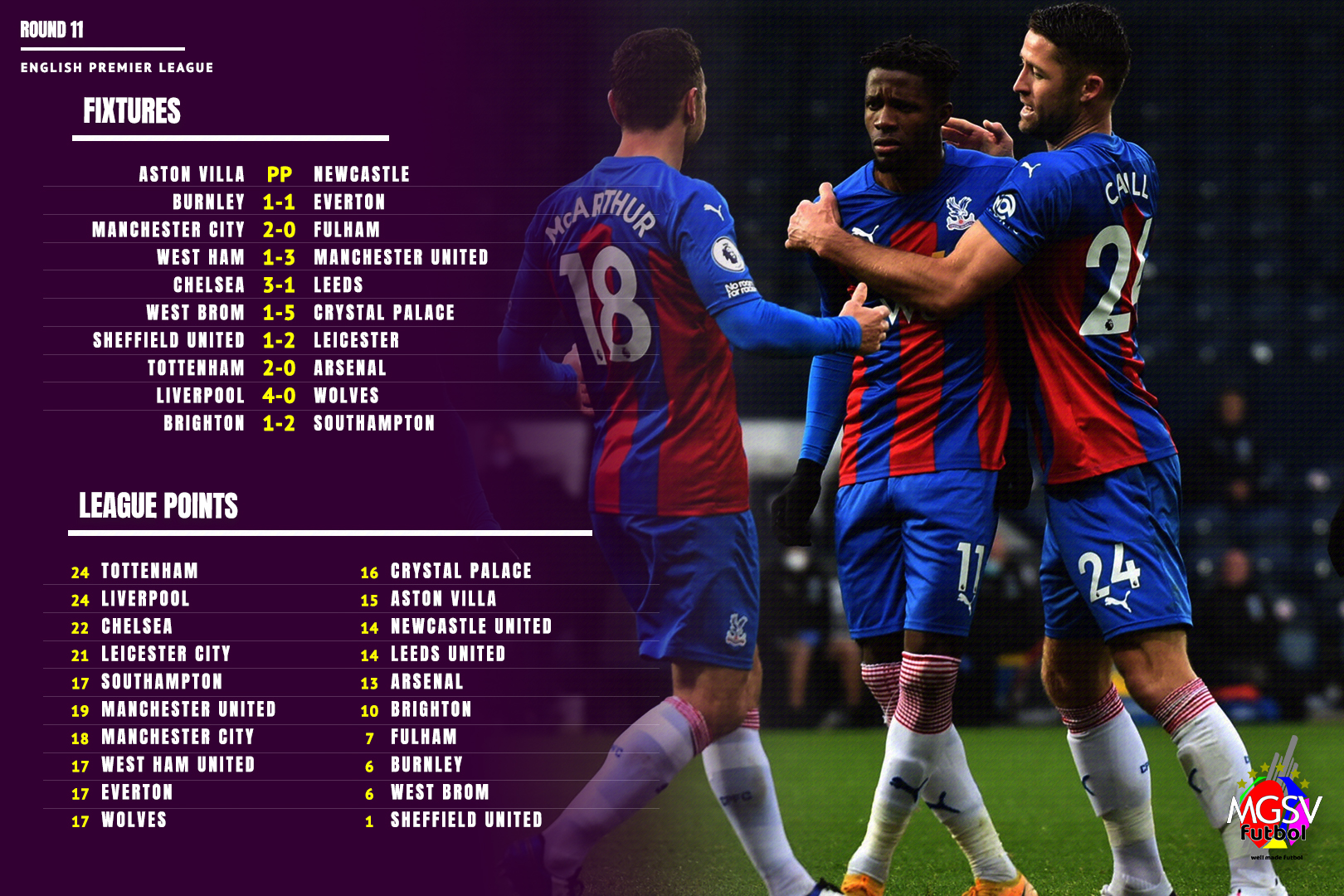 Everton has 1 win from their last 7 league matches. A 1-1 draw against Burnley didn’t do much for an Everton side that started the season in such an impressive manner.

An early goal from Raheem Sterling and and goal from the spot from Kevin De Bruyne allowed for a consecutive win in the league for Manchester City after losing to
Tottenham. Manchester City used a 2-goal lead in the first half to beat Fulham.

Manchester United followed their comeback from 2-goals down to win at home in the last round with another one; from a goal down to win in London against West Ham.

Chelsea are 16 games unbeaten in all competitions since their defeat against Liverpool on Match Day 2. They won the game in the second half; coming from an early goal down to win 3-1 against Leeds.

West Brom suffered a massive defeat in their first match since they picked up their first win of the season. Two second-half goals each for Wilfried Zaha and Christian Benteke as Crystal Palace ended two successive league defeats by thrashing West Brom 5 goals to 1.

A late Jamie Vardy winning goal denied Sheffield United from their second point in the league. Leicester win 2-1 to send Sheffield United’s chase for their first win of the season into the 12th round.

Heung-Min Son and Harry Kane assisted each other for Tottenham to go into the half-time break with a 2-goal lead in the North London derby. Tottenham held on to their lead to a 4th straight league game without a win.

Liverpool doubled the goals scored by Tottenham when they took apart Wolves at Anfield. If finished a 4-0 win for Liverpool.

Danny Ings scored from the spot in the 81st minute to complete the comeback for Southampton. They came from a goal down to win in Brighton.