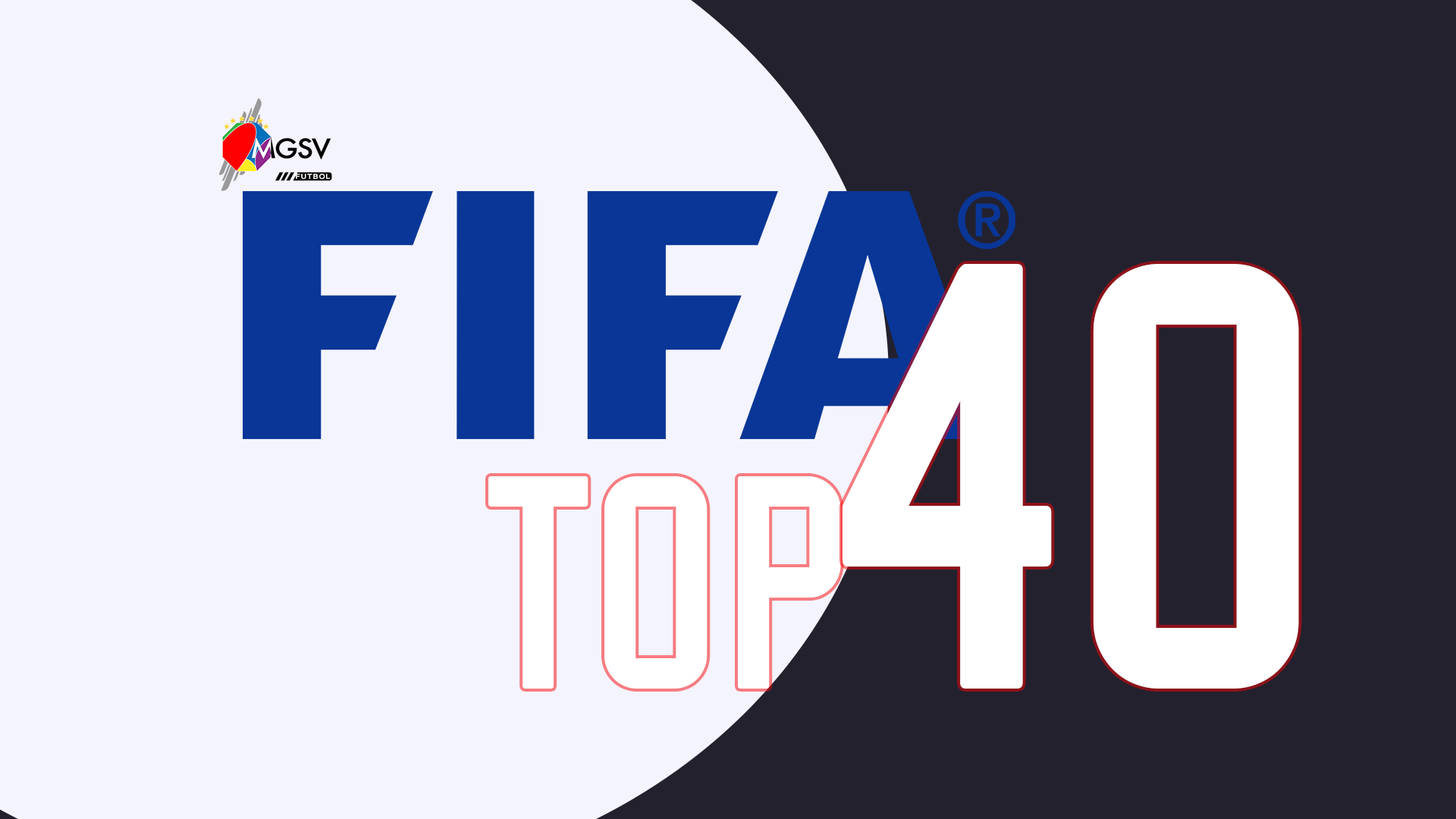 FIFA’s latest rankings
Here is the top 40 teams on FIFA newly released ranking of the Men’s national teams. No changes in the top 10 as Germany remains as the No.1 ranked team in the World. No team has won the FIFA World Cup when ranked #1 by FIFA before the tournament.
Chile is the highest ranked amongst the teams that failed to qualify for the 2018 FIFA World Cup. Spain is out of the ‘top 10’ despite being one of the favorites to win the tournament. 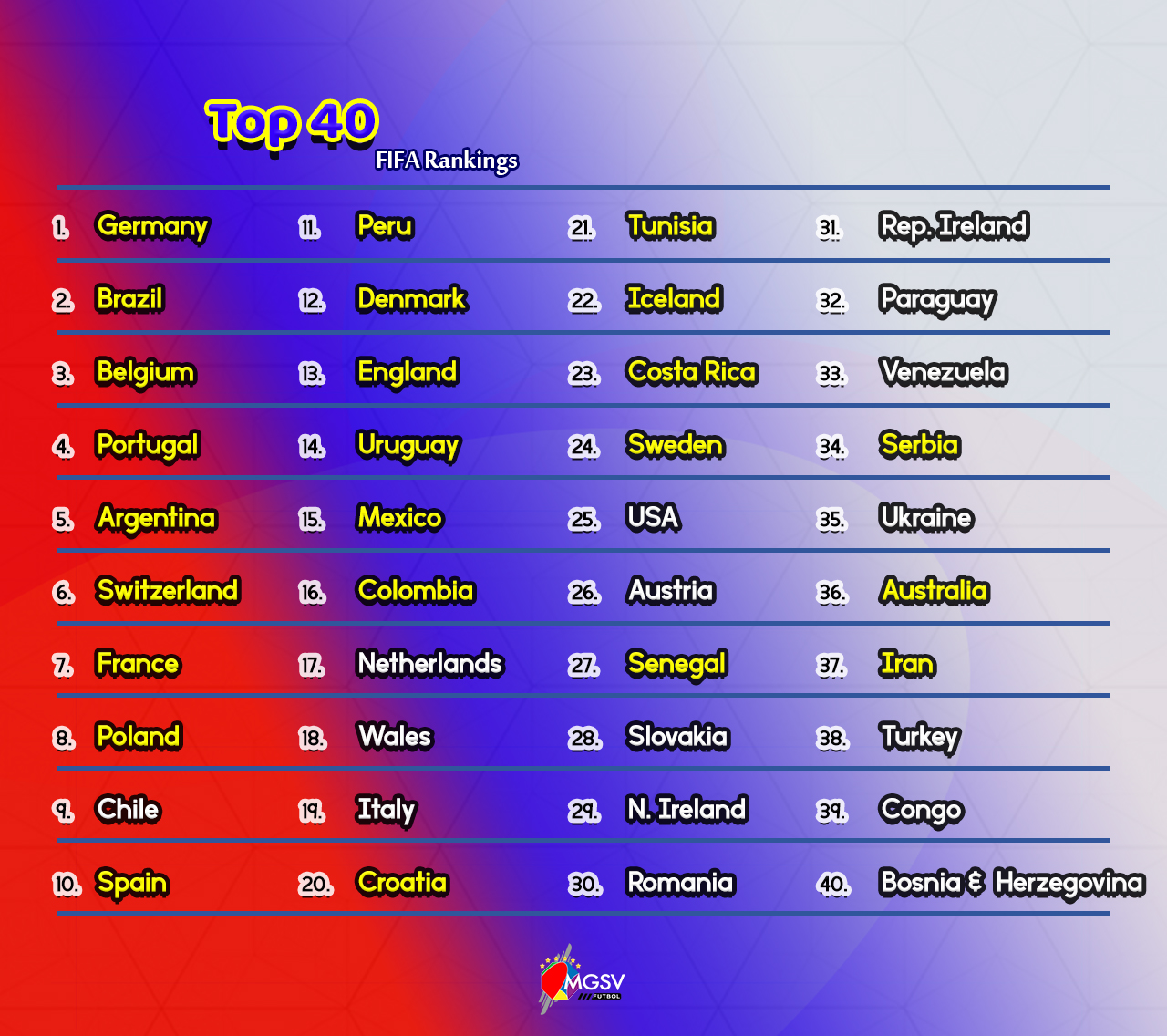 Our ranking of the teams in the 2018 World Cup, according to their odds of winning the tournament. 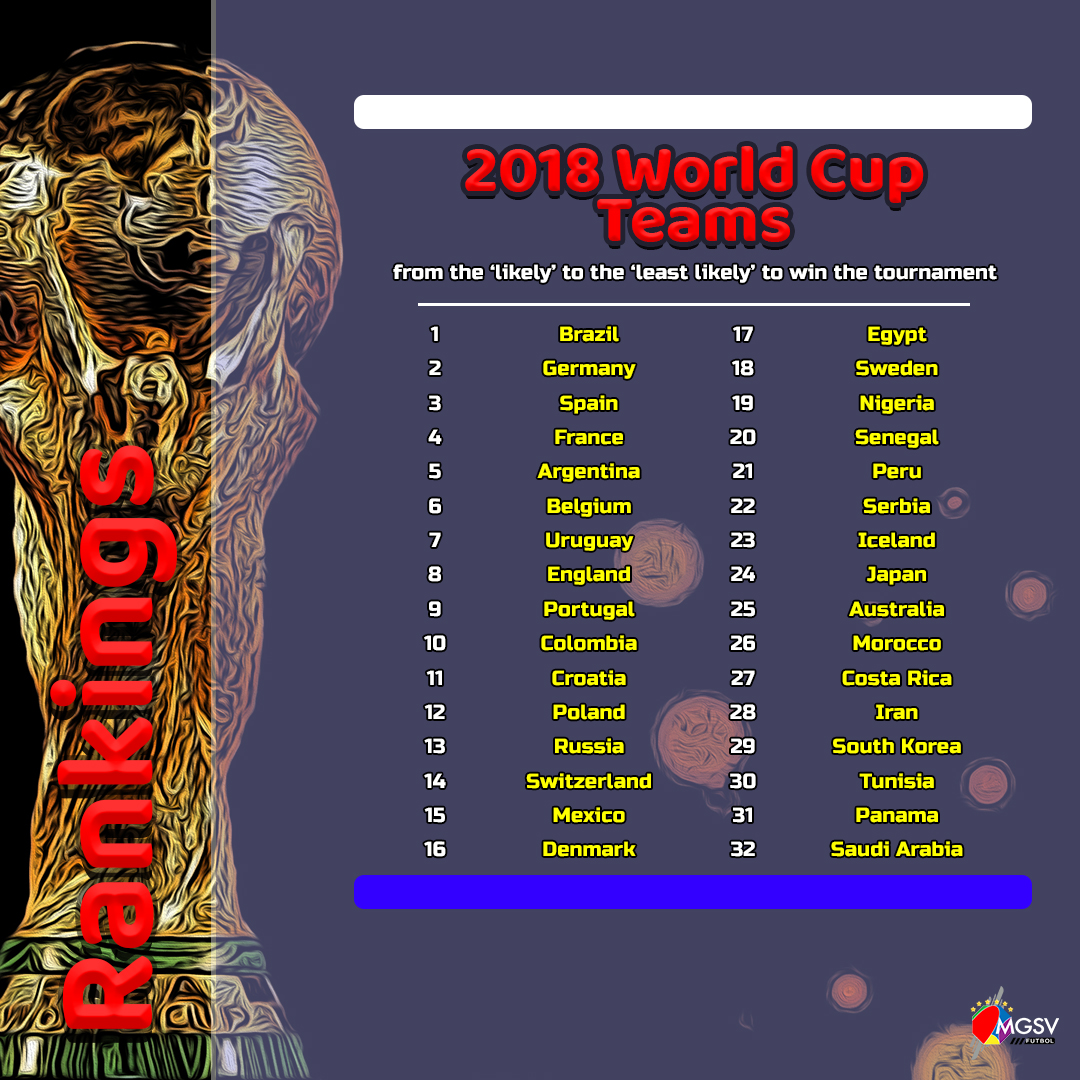