GERMAN BUNDESLIGA
The teams in the ‘top four’ gathered 3 points each from their victories.
RB Leipzig and Wolfsburg picked up narrow wins, while Bayern Munich and Frankfurt made statements with their wins.
Dortmund dropped points at Cologne to fall further away from a Champions League qualifying spot.
Luckily for Dortmund, Leverkusen failed to get any points to close in on them. (nor Union Berlin).

Monchengladbach picked up a win to pin Schalke at the bottom of the league table.

Eight games to go and Bayern Munich are 4 points clear in the lead, while picking up victories even with a numerical disadvantage.
Schalke are at the bottom of the table with fewer points accumulated than the point gap between them and the team directly above.

Robert Lewandowski isn’t planning on missing out on the European Golden Boot this time around. He has more goals scored (35) than what he managed the entirety of last season (34). 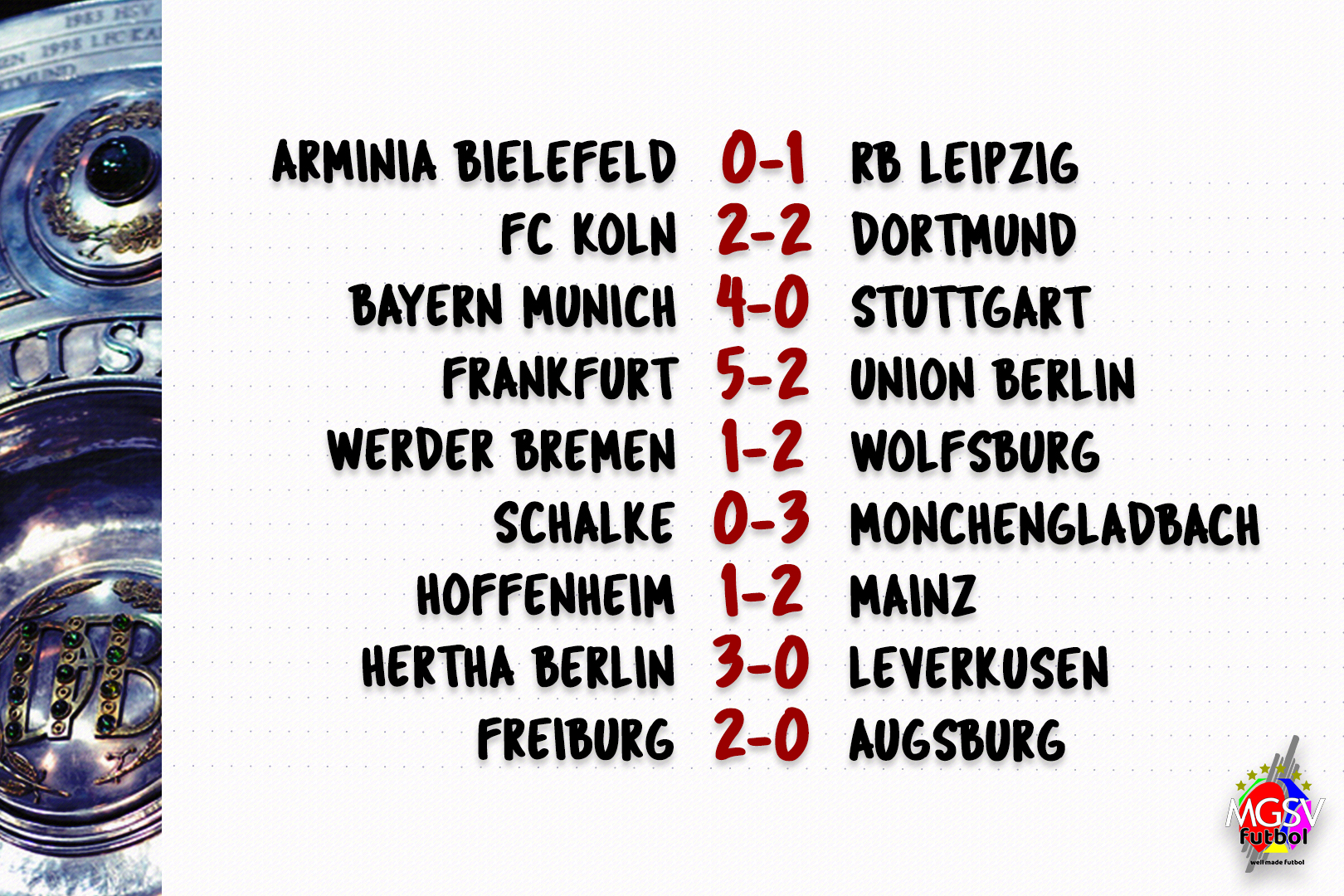 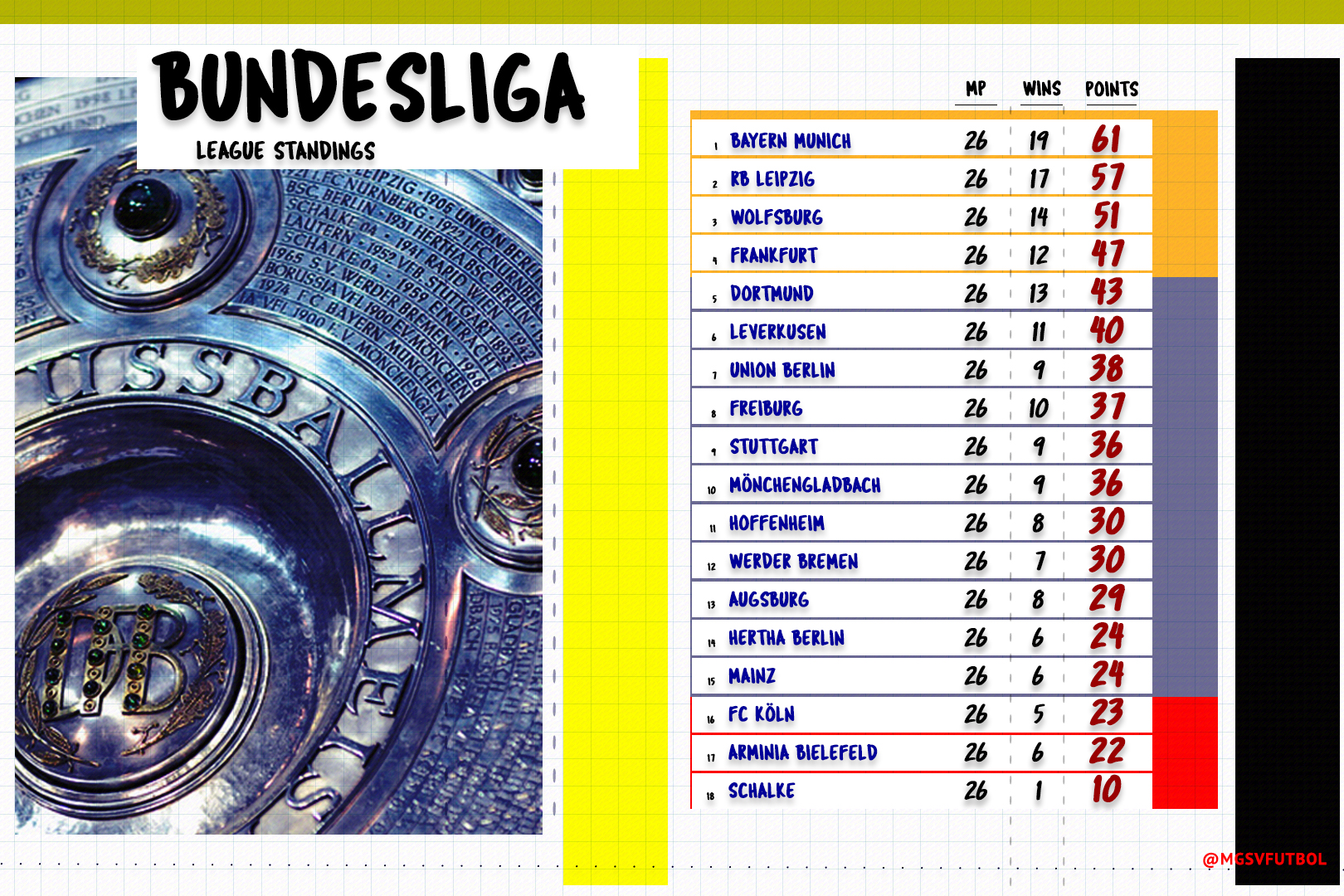 RB Leipzig picked up the three points from a narrow in against Arminia Bielefeld. It was a needed result for RB Leipzig after dropping points against Frankfurt in the last round. Arminia could have used the point(s) to help in their quest to avoid relegation. Marcel Sabitzer scored the only goal of the game after restart to give Leipzig a 1-0 victory.

Erling Haaland had to score again to get Dortmund a point in Cologne.

Robert Lewandowski added three goals to his tally, as Bayern Munich picked up another three points from a 4-0 home win against Stuttgart.

Andre Silva added two goals to his tally as Eintracht Frankfurt went on to a 5-2 win against Union Berlin. A first defeat in 6 games for Union Berlin, a first win in 4 games for Frankfurt.

Wout Weghorst’s goal in the 42nd minute ended up being Wolfsburg’s winning goal at Bremen. Wolfsburg followed up their win against Schalke with a 2-1 away win against Werder Bremen.

Monchenghaldbach didn’t waste the opportunity to put an end to 9 games without a win (in all competitions). They did what many have done over the past year by picking up a win against Schalke.

Mainz took the lead in the first minute and quickly restored their lead within minutes after Ihald Bebou scored the equalizer for Hoffenheim. The 2-1 away win at Hoffenheim was needed by Mainz to help find success in the relegation battle.

Hertha Berlin won their second game in 12 matches after grabbing three goals in the first half against Leverkusen.