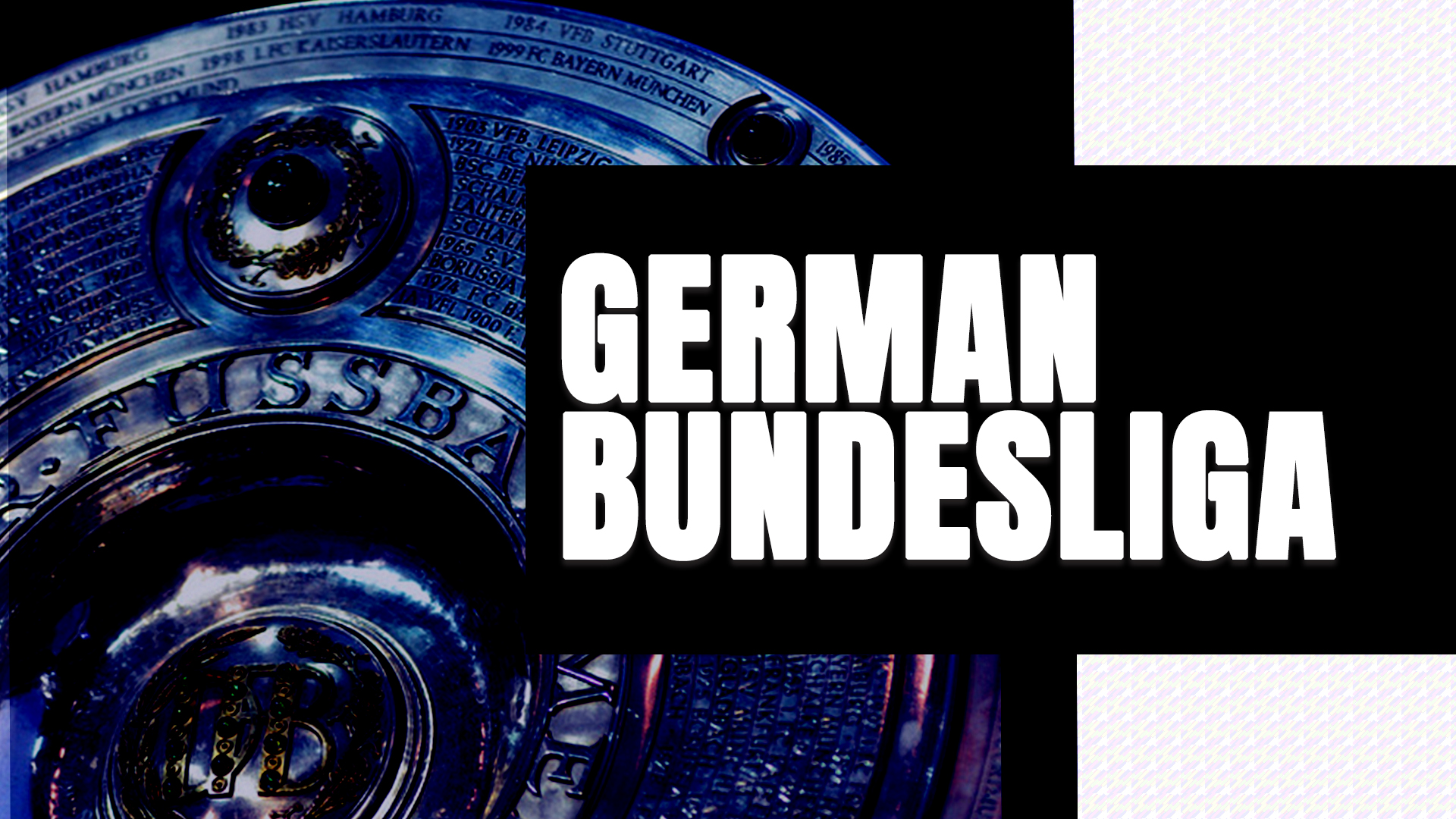 BAYERN GRABBED A BIG WIN AFTER SURVIVING A SCARE.

Bayern Munich became the first to reach double digit wins in the season.
RB Leipzig moved up to second place while maintaining the two point gap between themselves and the top of the league.
Leverkusen dropped to 3rd and 5 points from the top of the table after defeat in Frankfurt.
Dortmund gets back to a Champions League qualifying spot in the league standings. They beat Wolfsburg to take their league position. (4th).
Union Berlin stayed on Dortmund’s tail. A point stays between the two clubs.

Schalke, Mainz, Arminia Bielefeld, and FC Koln stayed in the positions at the bottom end of the league table without picking up a point.

We’re not at the halfway mark of the season and Robert Lewandowski is a goal away from 20 goals. 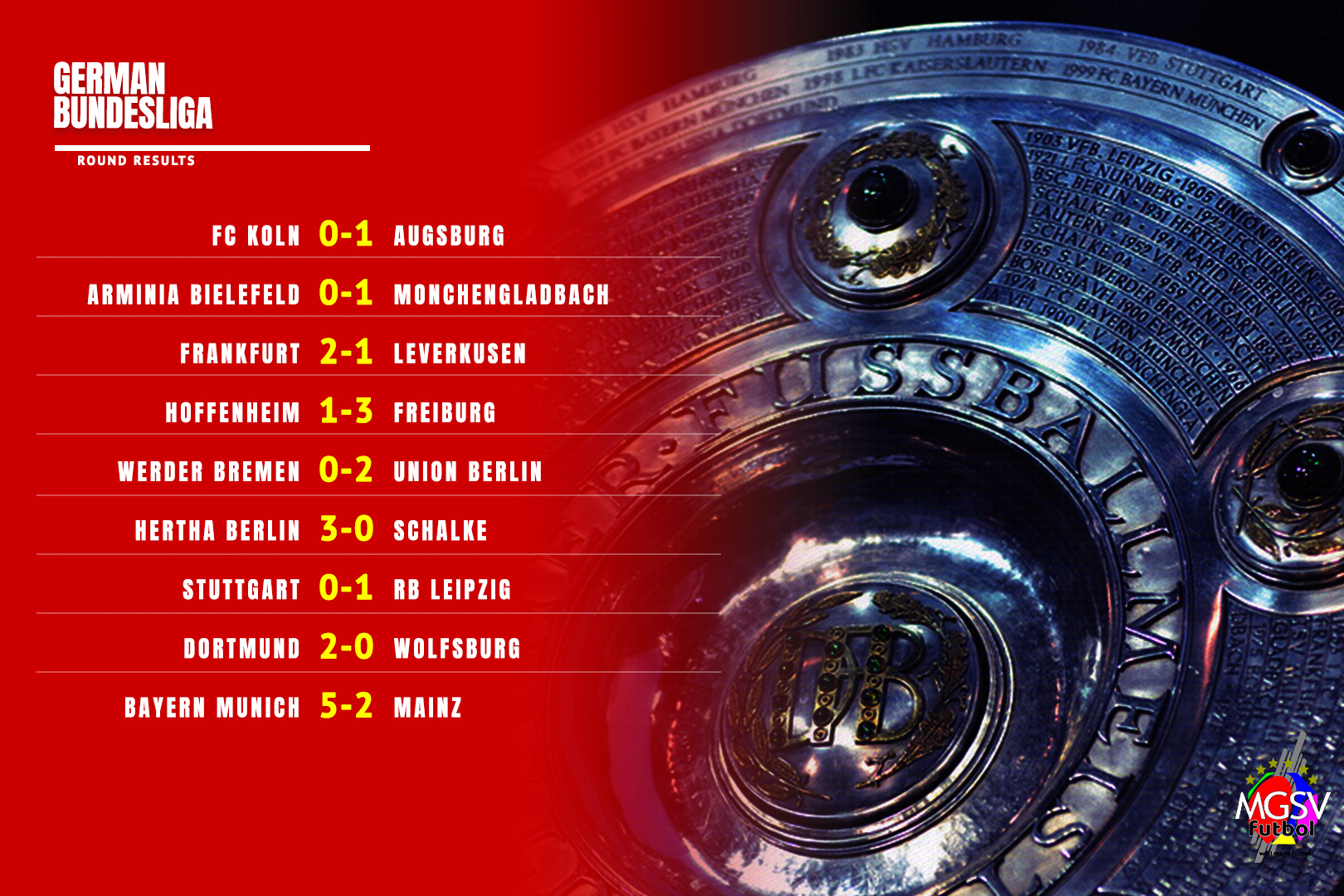 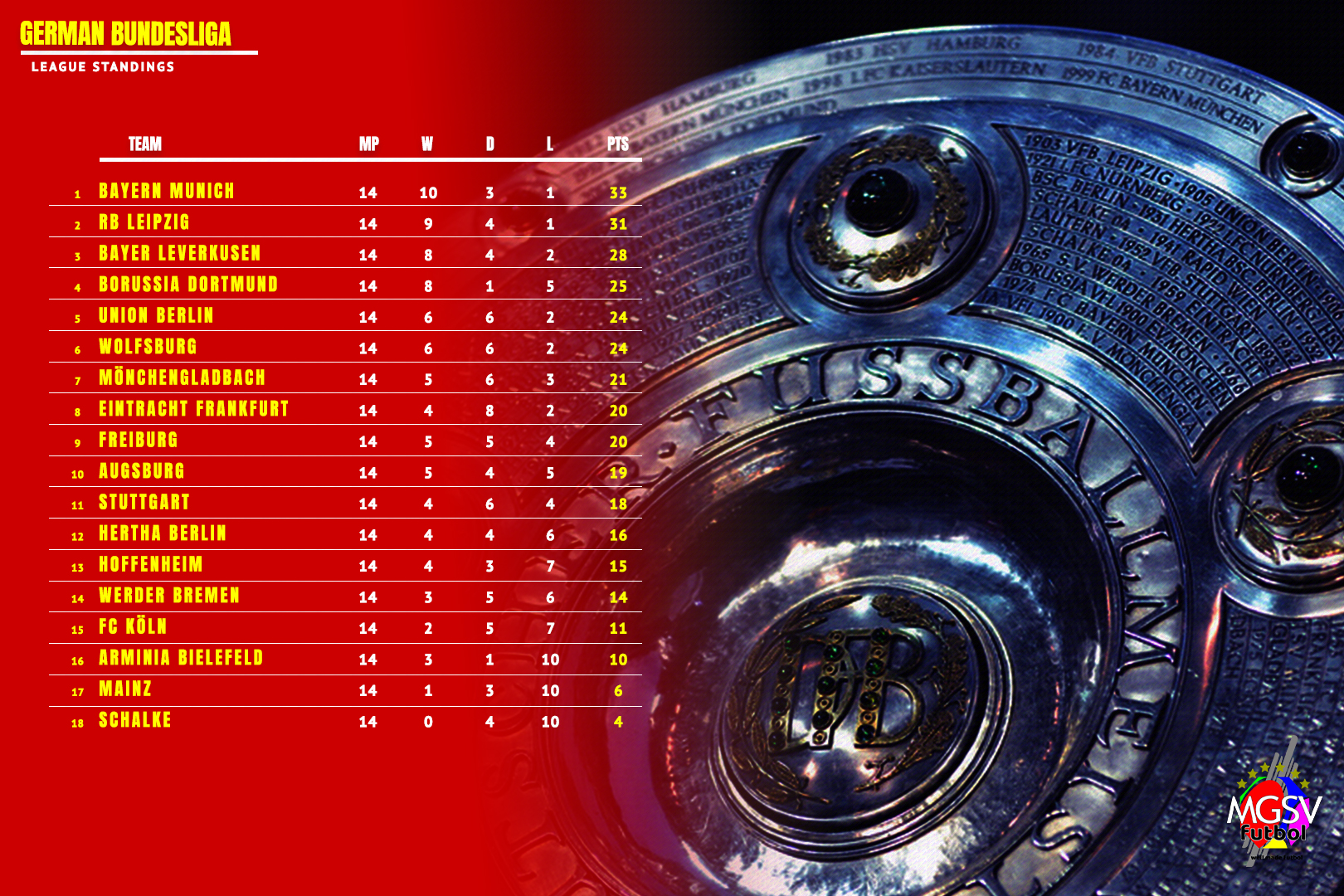 A narrow 1-0 win for Augsburg in Cologne.

Monchengladbach kicked off the year with a win. Their first first win in 5 league games. Breel Embolo scored the only goal of the match to give Monachengladbach a narrow but deserved win on the road against Arminia Bielefeld.

Four league wins in a row for Freiburg. Ihlas Bebou scored to pull one back in the second half but that wasn’t enough to cancel the 3 goal deficit from the opening half. Hoffenheim suffered defeat at home to Freiburg.

Union Berlin kicked off the new year with a 2-0 win against Werder Bremen. Back-to-back wins for Union Berlin as Werder Bremn returned to their winless run after breaking a 9-game winless streak in the last round at Mainz.

Schalke without a bite, suffered their 3rd tratight defeat in the league; and a 10th defeat of the season. Schalke’ unbeaten run in the Bundesliga stretched to 30 games after a 3-0 defeat in Berlin. It was a deserved win for Hertha Berlin.

RB Leipzig bounced back from the points dropped against FC Koln with a win at Stuttgart. Dani Olmo’s goal allowed RB Leipzig to pick up the needed three points in Stuttgart.

Jadon Sancho scored his first goal of the season as a late addition to double Dortmund’s lead against Wolfsburg. A ‘2-0’ home win boosted Dortmund above Wolfsburg in the league standings. Dortmund needed this win to make up for ending last year on a defeat against Union Berlin.

In the last 40 minutes of the game, Bayern Munich come from two goals down to win at home against Mainz. Robert Lewandowski was on the score sheet on two occasions but none of his goals were needed for Bayern to pick up another set of three points.