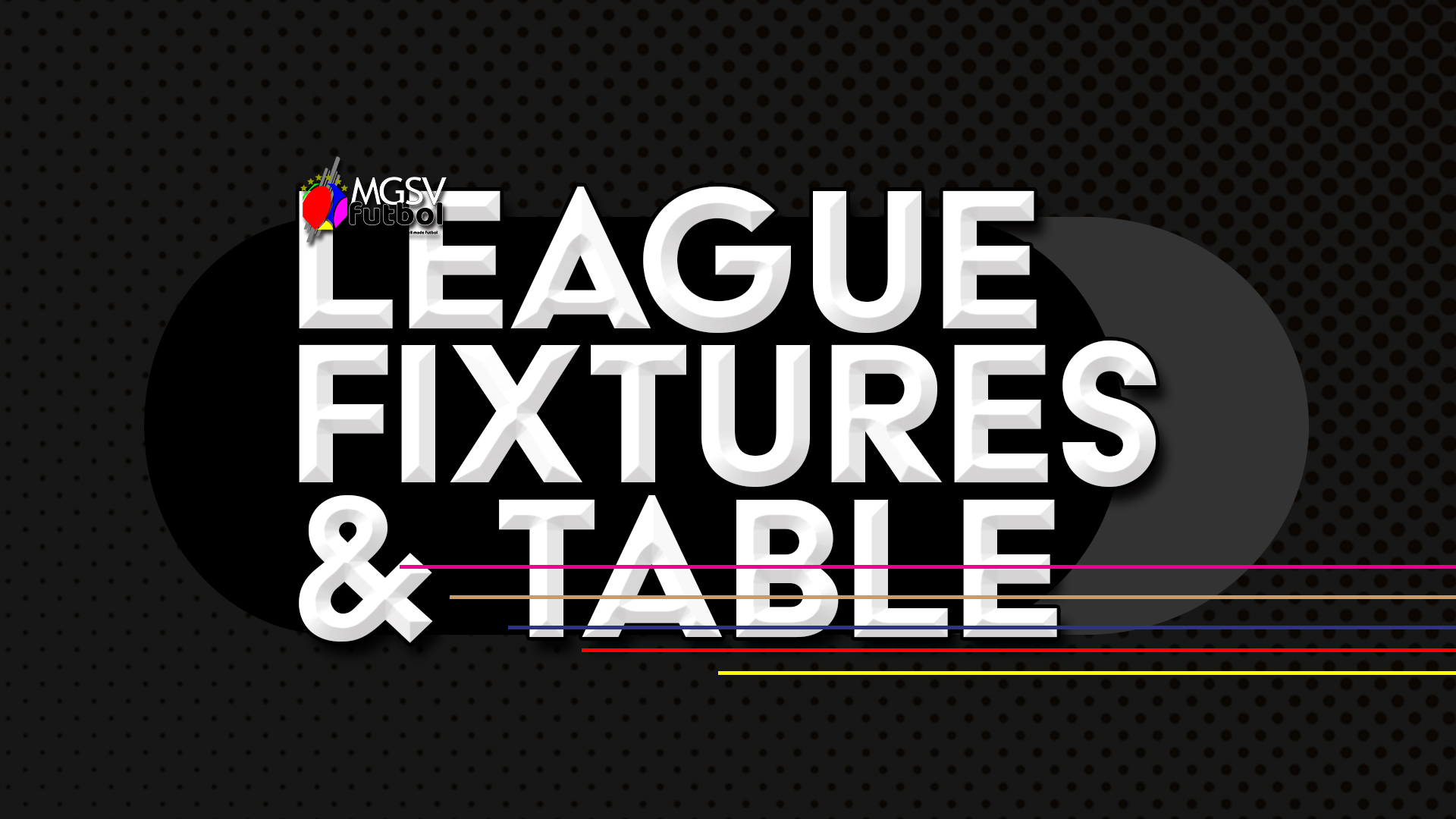 International football has interrupted club football once again. European top leagues will return in two weeks’ time for the title chase to continue.

None of the defending champions are on top of the current league standings but it’s too early to call it a sign of a new league title winner this season.

Three matches into the season and Robert Lewandowski has 5 goals to his name. Lewandowski is on track to keep the European Golden Shoe for another year.
Wolfsburg keep top spot in the league while Bayern Munich stays within touching distance.
RB Leipzig have not had the best start to the season but will have the international break to figure out their rhythm.
Borussia Dortmund avoided a crisis with a win but the sign says there is more work for the team to do.

DORTMUND 3- 2 HOFFENHEIM
Erling Haaland scored a goal to restore Dortmund’s lead after Manus Babbar scored to get Hoffenheim level at 2-2 in the 90th minute.
After losing the Super Cup to Bayern Munich and losing their match in the last round to Freiburg, Dortmund needed this victory to avoid an early crisis. This was Hoffenheim’s first defeat of the season.

AUGSBURG 1- 4 LEVERKUSEN
An Augsburg player was credited for all the goals scored in the first half of their game against Leverkusen, but it was Leverkusen that was 2-1 up at the break. Two own-goals were the foundation to Leverkusen’s 4-1 win at Augsburg.

UNION BERLIN 2-1 MONCHENGLADBACH
Union Berlin remained unbeaten and picked up their first three points of the new season. Monchengladbach on the other hand have lost 2 of 3 and a draw.

WOLFSBURG 1-0 RB LEIPZIG
Jerome Roussillon’s 52nd minute goal got Wolfsburg the result to keep their position at the top of the league table.

Six teams are on 7 points at the top end of the table. Last season’s top four teams are part of this seven.
Real Madrid is currently in pole position. None of the recently promoted teams are in the relegation zone.

There are four leading goalscorers.

MALLORCA 1-0 ESPANYOL
Newly-promoted Mallorca doubled their victories in the opening rounds of the season after a 1-0 win against fellow newly-promoted Espanyol.

VALENCIA 3-0 ALAVES
Alaves’s losing start to the season stayed at 100% after a 3-0 defeat at Valencia.

REAL BETIS 0-1 REAL MADRID
Real Madrid bounced back from the points dropped against Levante with a narrow 1-0 victory against Real Betis.

BARCELONA 2-1 GETAFE
Barcelona were back on home grounds and back to another win there.
Memphis Depay’s goal got Barcelona the three points to bounce back from the points dropped in the last round.

CADIZ 2-3 OSASUNA
A late comeback saw Osasuna come from 2-1 down to a 3-2 win. Both goals were scored after the 90th minute mark.

ATLETICO MADRID 2-2 VILLARREAL
In the end, Atletico Madrid will feel quite lucky to gain a point.
Aissa Mandi’s 95th-minute own goal denied Villarreal a victory against the defending champions.

Two rounds into the season and Juventus are in the bottom half of the Italian Serie A standings.
Ciro Immobile [Lazio] leads the scoring list with 4 goals. Lazio are top of the league with goal difference.

There are 36 rounds left for teams to get/keep their ideal position.

HELLAS VERONA 1-3 INTER MILAN
Joaquin Correa made his debut for Inter Milan by coming off the bench with 15 minutes left of regulation time; and scoring the two goals that got Inter Milan a 3-1 victory against Hellas Verona.

LAZIO 6-1 SPEZIA
Ciro Immobile’s first half hattrick was the foundation to Lario’s win against Spezia.

JUVENTUS 0-1 EMPOLI
The post-Cristiano era for Juventus was marked by a defeat at home to newly promoted Empoli.
Juventus have a point from a possible six; and have their first home game of the season marked with a defeat.

AC MILAN 4-1 CAGLIARI
All five goals were scored in the first half. Olivier Giroud’s two goals secured another win for AC Milan after Rafael Leao scored the winning goal.

SALERNITANA 0-4 ROMA
Roma found the goals in the second half to leave with an expected victory against newly-promoted Salernitana.

There are a few positional changes but the occupants of the top four stayed the same.
Paris St. Germain keeps a 100% winning start to stay top of the league standings. Angers moved up to second in the league, newly-promoted Clermont moved up to third, and Nice fell from second to fourth.

NANTES 0-1 LYON
Moussa Dembele’s 35th-minute goal allowed Lyon to pick up their first win of the season with a narrow 1-0 victory at Nantes.

NICE 4- 0 BORDEAUX
A successive ‘4-0’ win for Nice.
Nice are with a game in hand since their last match was aborted while leading ‘1-0’ against Marseille.
Christophe Galtier might be on the path to perform another miracle. Galtier managed Lille to the league title last season. He is hitting the right moves with Nice this season.

TROYES 1-2 MONACO
Sofiane Diop’s goals handed Monaco their first win of the season while leaving Troyes at the bottom.

ANGERS 2-0 RENNES
Angers bounced back from the points dropped against Bordeaux with 3 points against a 10-man Rennes side.

CLERMONT FOOT 2-2 METZ
Newly-promoted Clermont Foot fought back from two goals down to seal a point to remain unbeaten.

LILLE 2-1 MONTPELLIER
The defending champions finally picked up the maximum points from a game. Jonathan David’s goal decided the match in the second half after both sides got a late goal in the opening half.

REIMS 0-2 PARIS ST. GERMAIN
Lionel Messi made his PSG debut when his side was two goals up. Kylian Mbappe scored both goals for PSG to extend their winning start.

There is a North London club on both ends of the league table. Tottenham are top of the league while Arsenal are sitting at the bottom.
West Ham are second with Michail Antonio in the lead for the ‘golden boot’

When Ilkay Gundogan opened the scoring in the 7th minute, it was a clear sign that Arsenal was heading towards another defeat.
Manchester City used successive ‘5-0’ wins to bounce back from their opening day defeat against Tottenham. This time, the recipient of the 5- goal thrashing was a team that has higher expectations than Norwich City.

Arsenal has kicked off the new season with a 9-0 aggregate defeat in the opening three rounds. Their next match is against newly promoted Norwich City. It should be an opportunity for Arsenal to get their first goal; and maybe their first victory of the season.
Confidence won’t be high because Arsenal has already faced a newly-promoted side this season and lost. [A 2- 0 defeat to Brentford]/

LIVERPOOL 1- 1 CHELSEA
Both sides maintained their ‘unbeaten’ status.
Chelsea were reduced to 10 men after Reece James picked up a red card for a goal line save with his arm to deny Liverpool an equalizing goal. The resulting foul handed Liverpool a penalty kick that was converted into the equalizing goal by Mohamed Salah in the dying minutes of the additional minutes for the teams took a 1-1 draw to the break. In the second half, a numerically disadvantaged Chelsea side kept Liverpool out to take a point.

WOLVES 0-1 MANCHESTER UNITED
Manchester United went 28 league games unbeaten after coming out with a narrow victory against Wolves. It was the result they needed after the points they dropped against Southampton. The result leaves Wolves winless.

TOTTENHAM 1-0 WATFORD
Tottenham are yet to score multiple goals in a game but are top of the league as the only team with a 100% winning start.