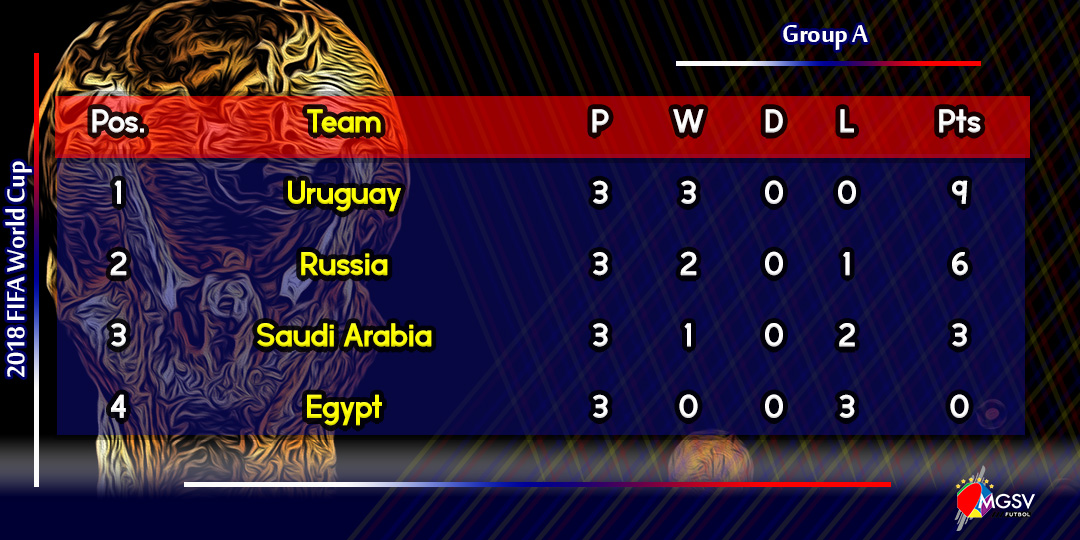 Luis Suarez and Edinson Cavani were on the scoresheet for Uruguay to top Group A and complete a perfect run – winning every match and not conceding a goal.

Mohamed Salah scored his second goal of the tournament, but it wasn’t enough to save Egypt from going pointless in the 2018 FIFA World Cup.

Egyptian goalkeeper Essam El Hadary became the oldest player (45 years and 161 days) to take part in the World Cup. El Hadary’s first-half penalty save was what kept Egypt from losing by more than a goal against Saudi Arabia.

Group A – Saudi Arabia vs Egypt 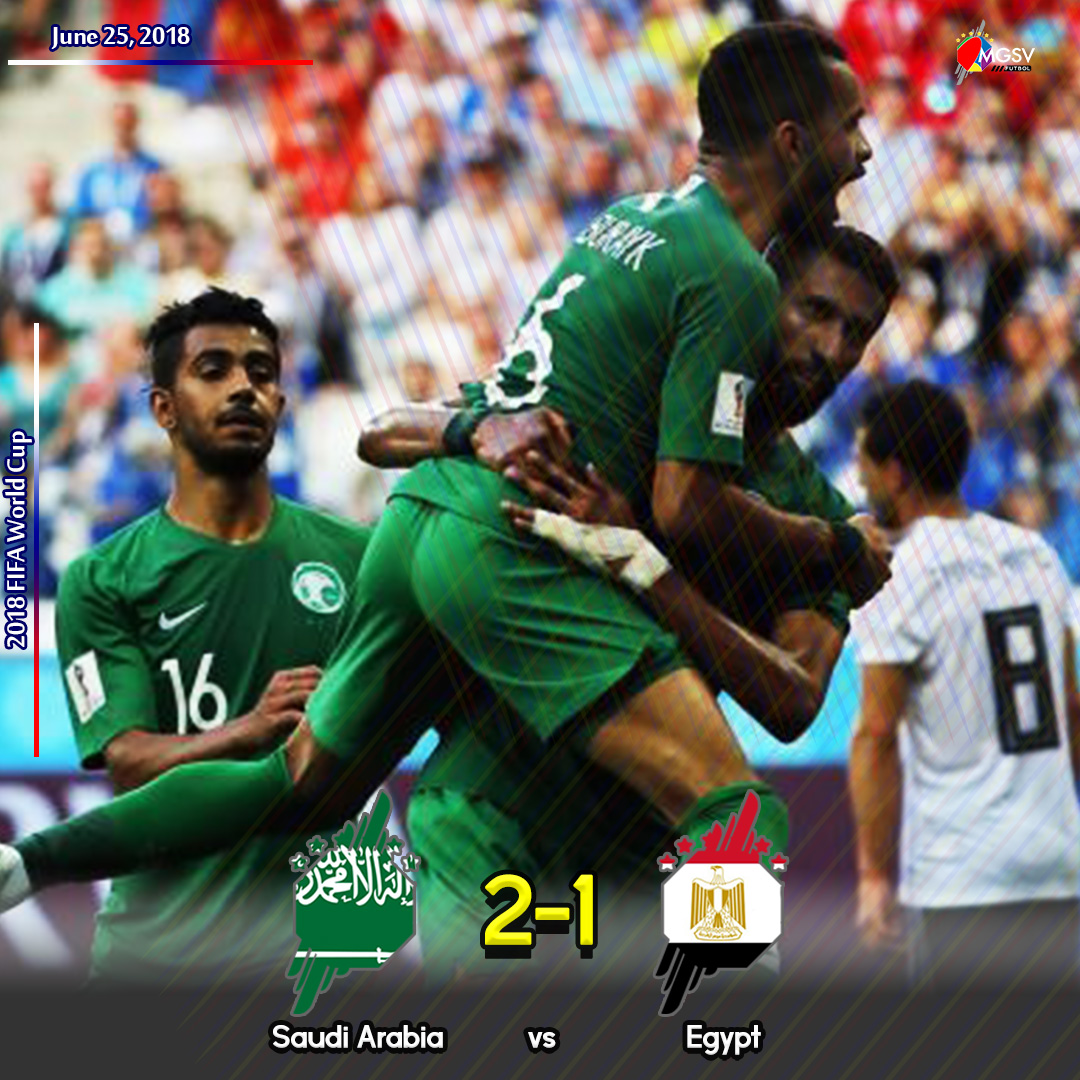 Group A – Uruguay vs Russia 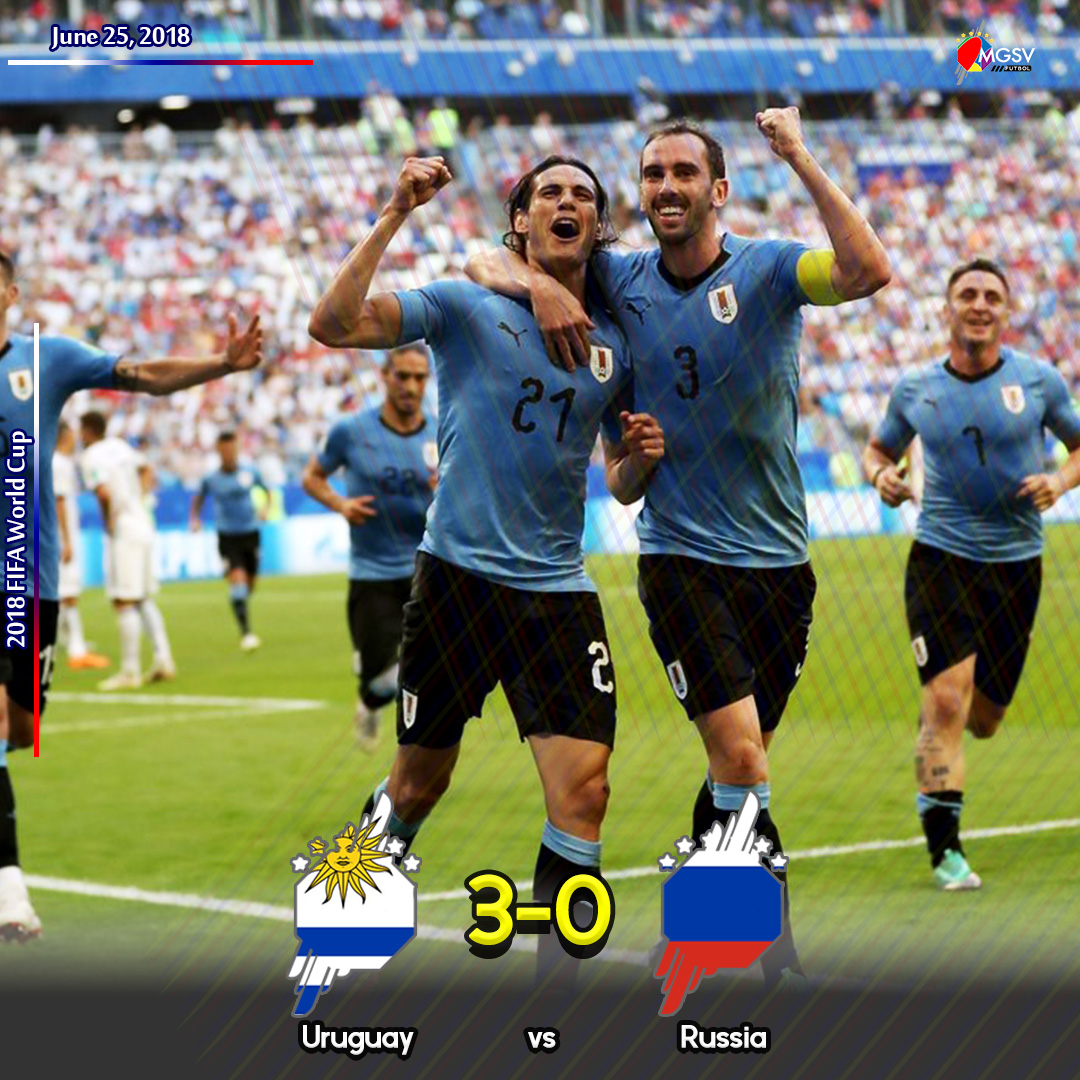 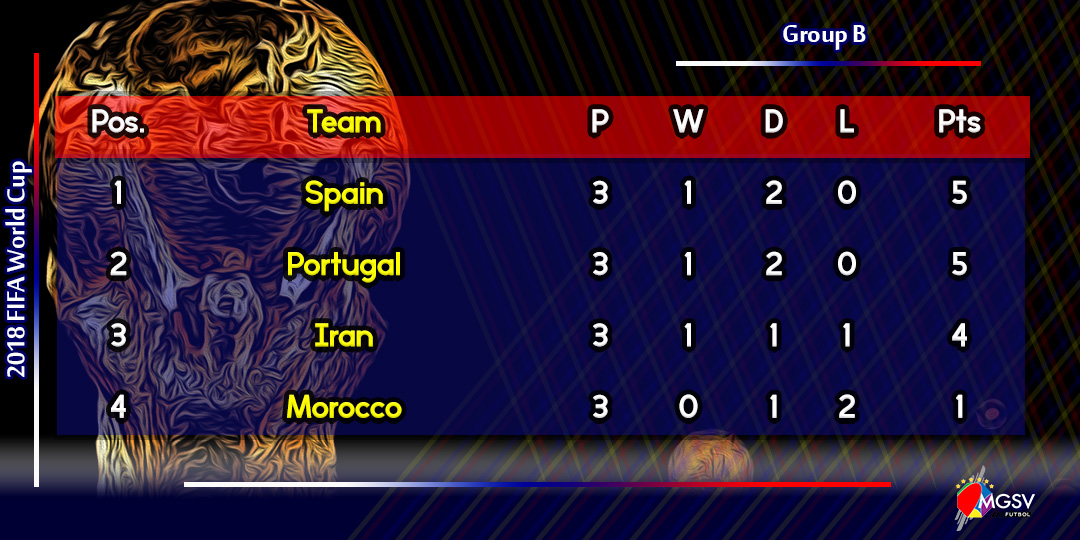 Both matches in Group B had goals scored in the injury time to affect the final standings. The pre-tournament favorites ended up advancing from the group.

Group B – Iran vs Portugal 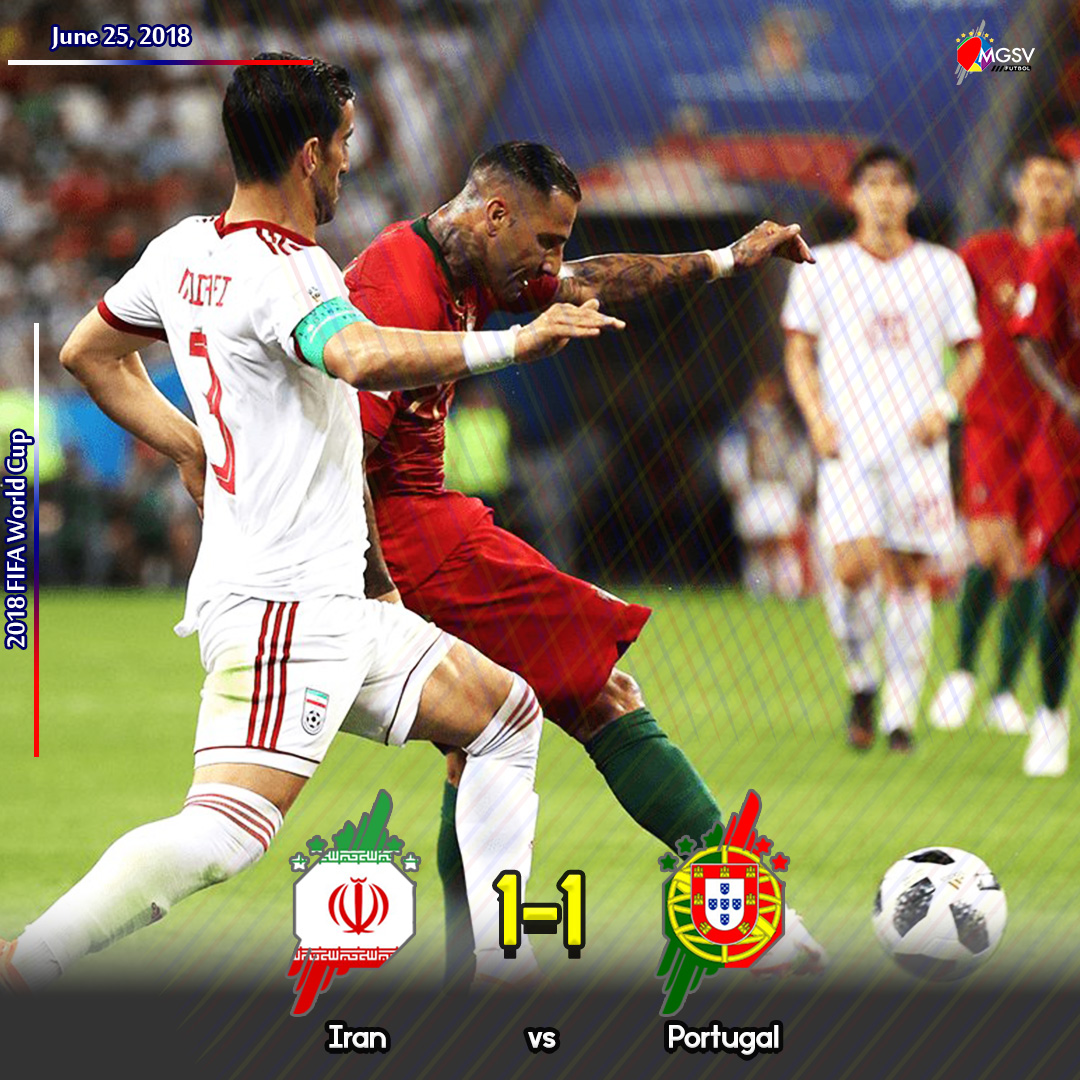 Group B- Spain vs Morocco 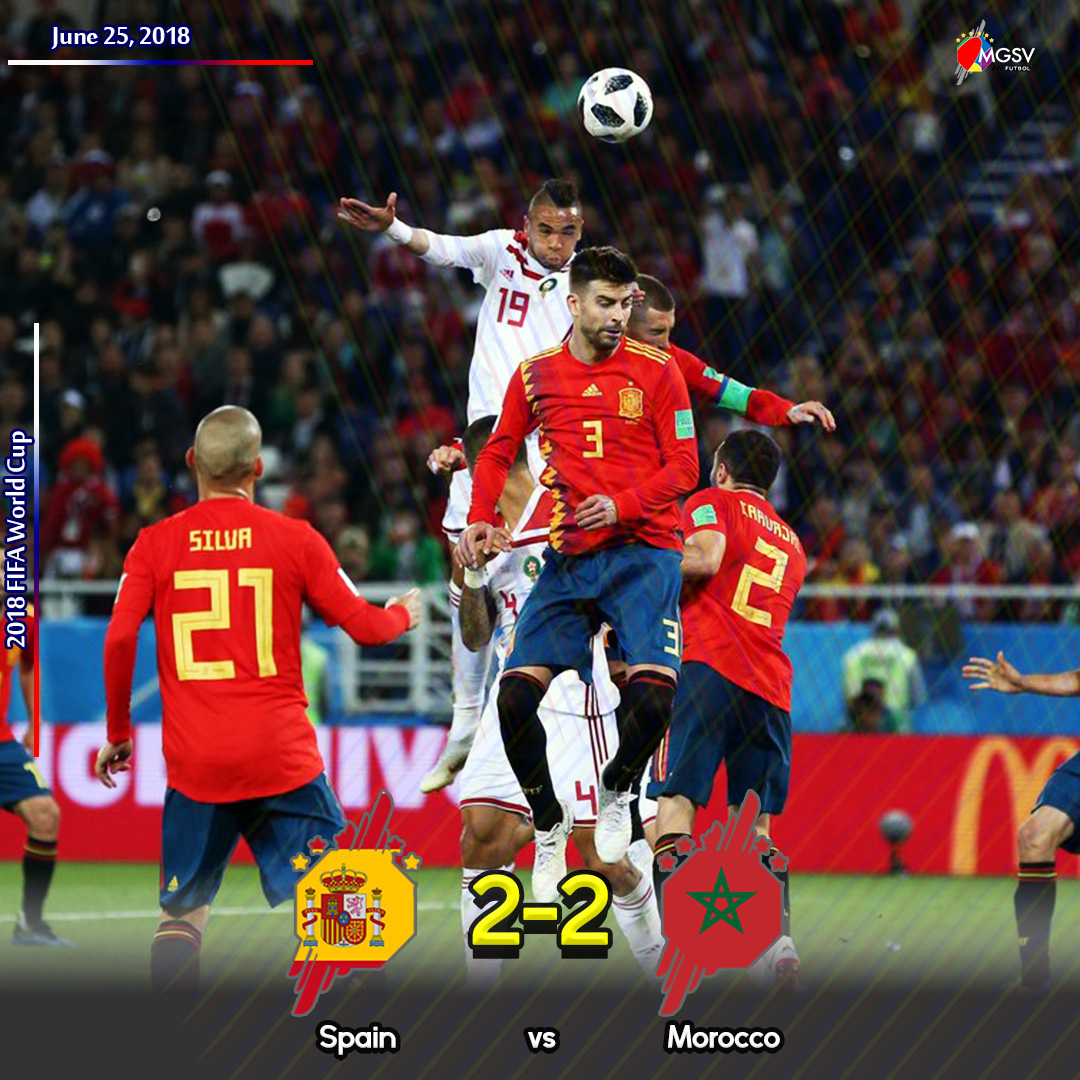 Advancing to the ‘Round-of-16’

Group A – Uruguay and Russia

Group B – Spain and Mexico