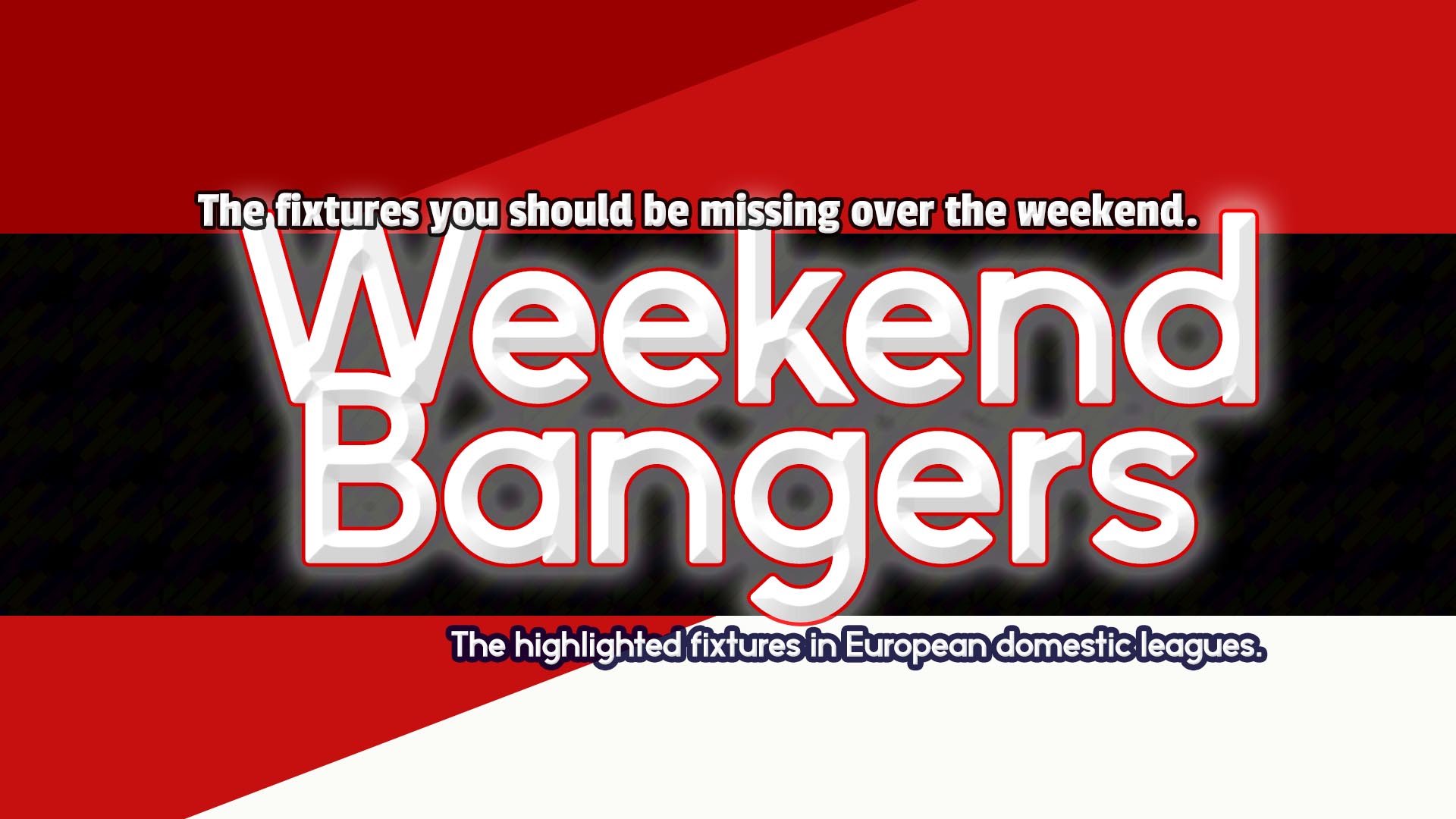 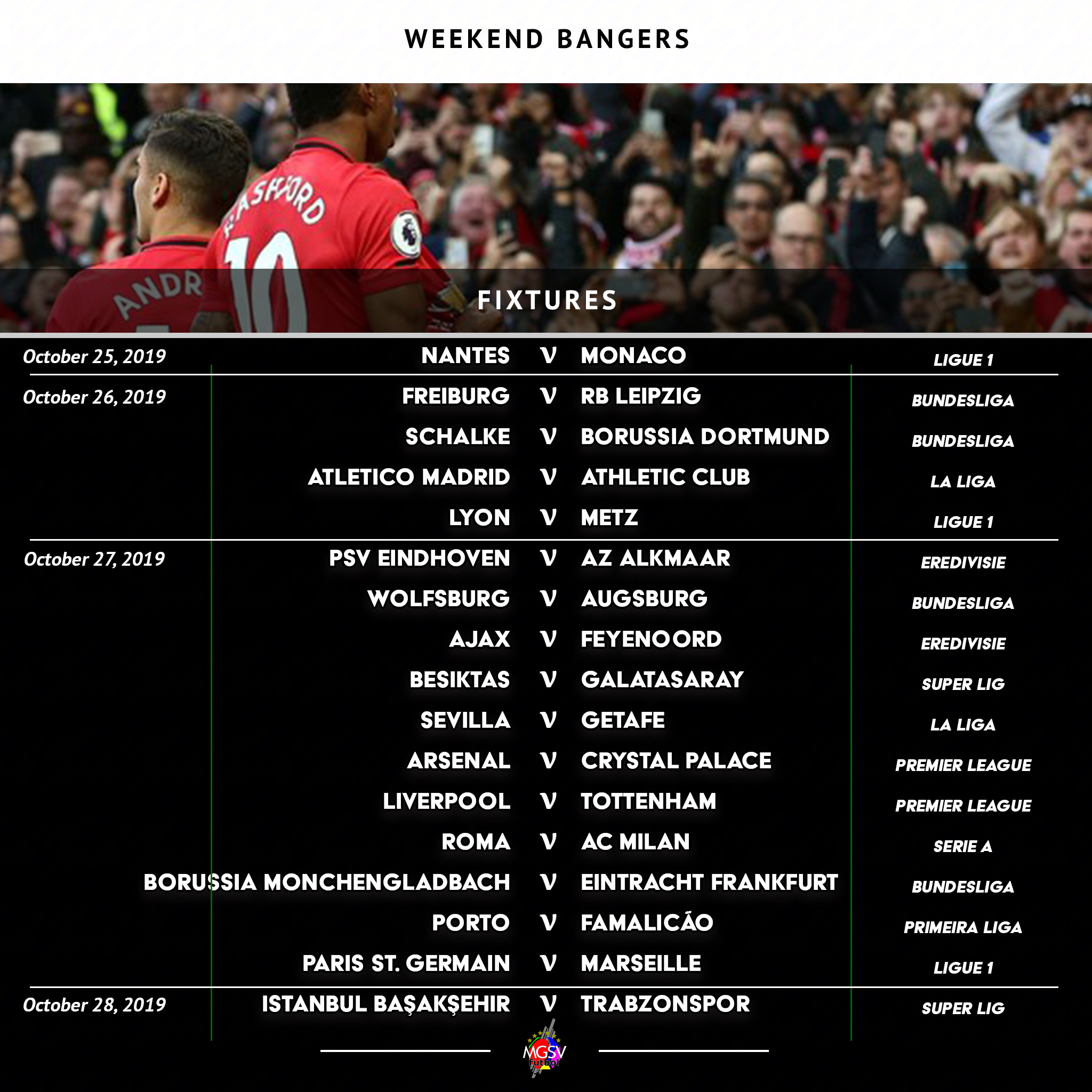 October 25, 2019
Nantes vs Monaco (French Ligue 1)
Nantes – 19 points / Monaco – 12 points.
Nantes must beat Monaco to ensure the Paris St. Germain does not widen their lead at the top of the league standings.
Both teams have won three of their last 4 matches in the league but it is Nantes that is coming into this fixture from a defeat.
Recent history says Monaco should be in the top half of the league table instead of a relegation-zone battle in Ligue 1.

October 26, 2019
Freiburg vs RB Leipzig (German Bundesliga)
Freiburg – 14 points / RB Leipzig – 15 points.
Freiburg and RB Leipzig will face each other knowing that a win could see them at the top of the table at the end of the round.
RB Leipzig started the season looking like title contenders but are currently on a 3-match winless run in the Bundesliga. With the current state of the league standings, a continuation of that streak would cost them to fall further down. 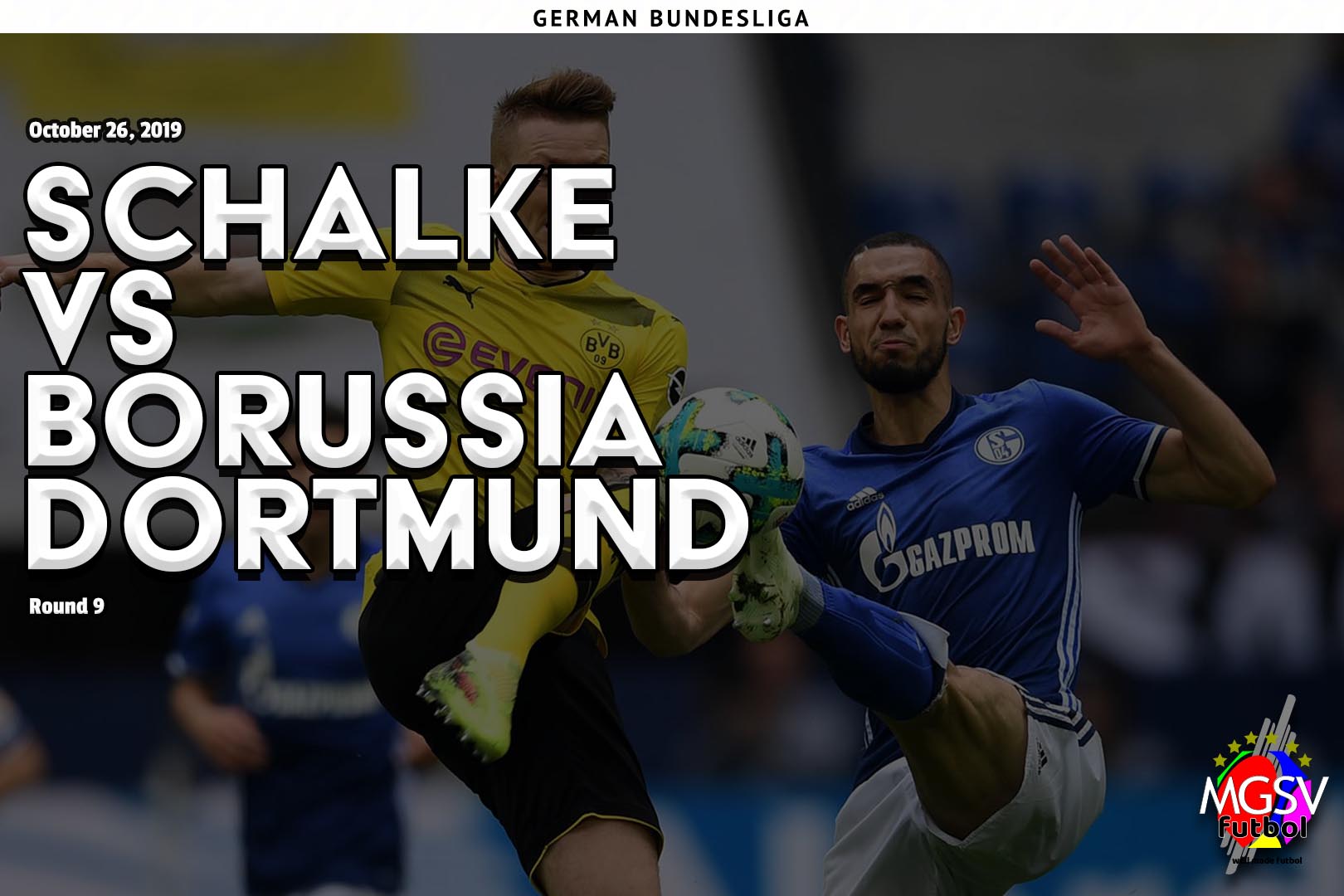 Lyon vs Metz (French Ligue 1)
Lyon – 10 point / Metz – 11 points.
After 8 consecutive matches without a victory (4 defeats and 4 draws), Lyon is currently part of the early relegation battle in Ligue 1. Far below the preseason expectations, most fans would have had for Lyon after 10 matches.

October 27, 2019
PSV Eindhoven vs AZ Alkmaar (Dutch Eredivisie)
PSV Eindhoven – 23 points / AZ Alkmaar – 20 points.
PSV Eindhoven is trailing the league leader (Ajax) by three points. They must look for the win to put the pressure on Ajax while avoiding defeat to AZ Alkmaar side that would equal their points with a win from this fixture.

Ajax vs Feyenoord (Dutch Eredivisie)
Ajax – 26 points / Feyenoord – 14 points.
As the third most successful team in the Dutch league, Feyenoord is too far out in the standings from league leaders Ajax. This will be an opportunity for Feyenoord to try and close in while offering a helping hand to the teams that are currently in the title race. ”

Sevilla vs Getafe (Spanish La Liga)
Sevilla – 16 points / Getafe – 13 points.
Getafe is a win from equaling Sevilla in points accumulated, while Sevilla is a win away from equaling the points of the current league leaders.
Both teams suffered their last league defeat against Barcelona.

Arsenal vs Crystal Palace (English Premier League)
Arsenal – 15 points / Crystal Palace – 14 points.
Two teams that are just out of the top 4 positions in the current Premier League standings and are coming into this fixture on the back of a league defeat.
Arsenal will try to make up for their shock defeat on the road against newly-promoted Sheffield United when Crystal Palace pays them a visit.

Liverpool vs Tottenham (English Premier League)
Liverpool – 25 points / Tottenham – 12 points.
It is a must-win for both sides. Liverpool can’t afford a reduction in the lead and Tottenham needs to put an end to their poor form in the league.
An unbeaten Liverpool side takes on a Tottenham side that has fumbled their opportunities in recent matches.
The chasing pack in the Premier League title race will be hoping Tottenham will do them a favor and shock Anfield.

Roma vs AC Milan (Italian Serie A)
An Italian classic.
Roma – 13 points / AC Milan – 10 points.
One thing that fans on both sides can come to an agreement on is that these teams are playing below their expectations.

Porto vs Famalicão (Portuguese Primeira Liga)
Famalicao is doing wonders in Portuguese top flight.
They are top of the league and unbeaten after their opening 7 matches.
Can Porto climb to the top of the table by handing Famalicao their first defeat of the season?