Bayern Munich’s lead has been narrowed to a point after Dortmund found the against Stuttgart to take full advantage of Bayern Munich’s defeat at Augsburg.
With Freiburg suffering a defeat against Frankfurt, the gap between the top two and the rest of the league grew to 5 points.
Leverkusen used a win against Bochum to move into fourth place to replace Wolfsburg.
Defeat to Hoffenheim dropped RB Leipzig down two spots to 7th.
Mid-table Monchengladbach kept Greuther Furth at the bottom of the table.
Greuther Furth is without a win after 12 rounds of the season.
Augsburg moved out of the relegation-playoff spot with the win they had against Bayern. 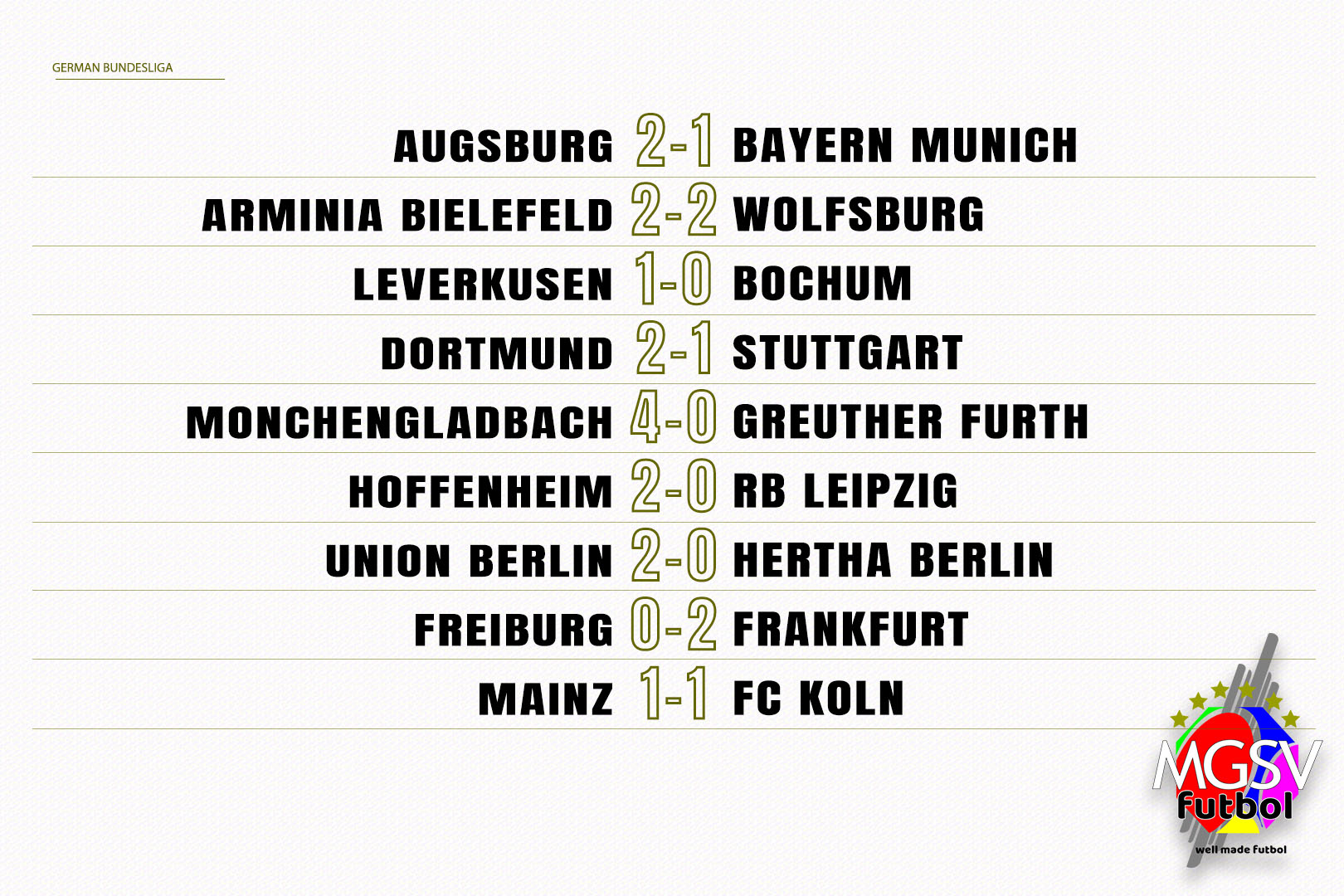 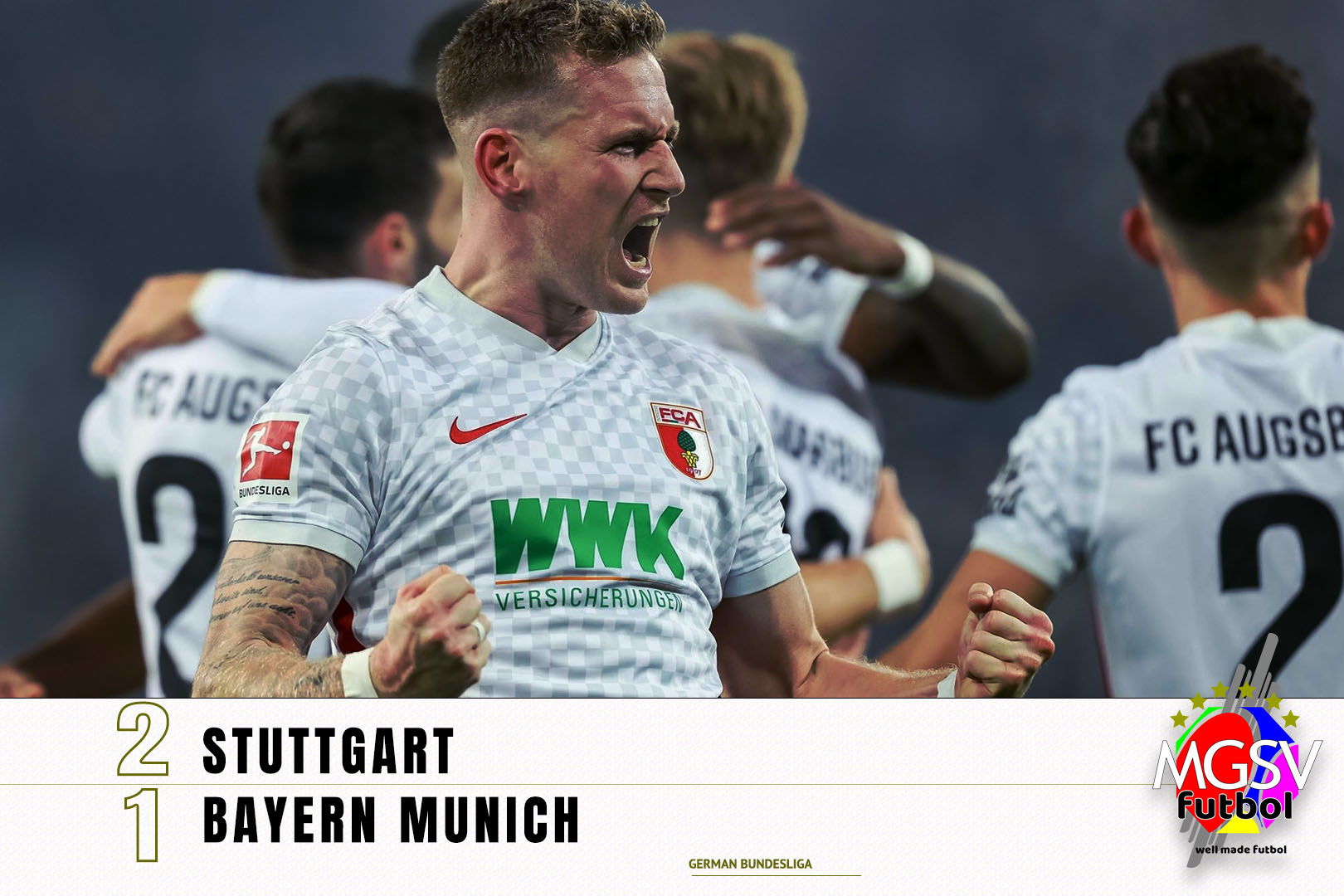 
AUGSBURG 2- 1 BAYERN MUNICH
Augsburg’s third victory of the season was at home against Bayern Munich.
Robert Lewandowski quickly scored his 14th goal of the season to half the lead a little over a minute after they went two goals down.


LEVERKUSEN 1-0 BOCHUM
An early goal from Amine Adil was good enough to get Leverkusen their first league win in five matches.

DORTMUND 2-1 STUTTGART
Bayern Munich’s defeat meant Dortmund had to take advantage with a result against Stuttgart.
Marco Reus’s 85th-minute goal restored the lead and got Dortmund the three points at home against a Stuttgart team that was playing without fear, despite staring at a third straight defeat.

UNION BERLIN 2-0 HERTHA BERLIN
Union Berlin a victorious in the Berlin derby; and opened a seven-point gap on Hertha Berlin.

FREIBURG 0-2 FRANKFURT
Frankfurt made it two wins while Freiburg made it two defeats in the row.