North London is red after Arsenal’s win against Tottenham.
The chasing pack have games in hand but Manchester City has a 14-point lead in the title race.
Chelsea fell 5 points away from the top 3. They were the only side in the ‘top 4’ not to win their game.
Liverpool moved up two positions after a narrow win at Wolves. They moved a position above Everton, but with an extra game needed.

The three teams in the relegation zone were all on the wrong end of the score in their respective matches. 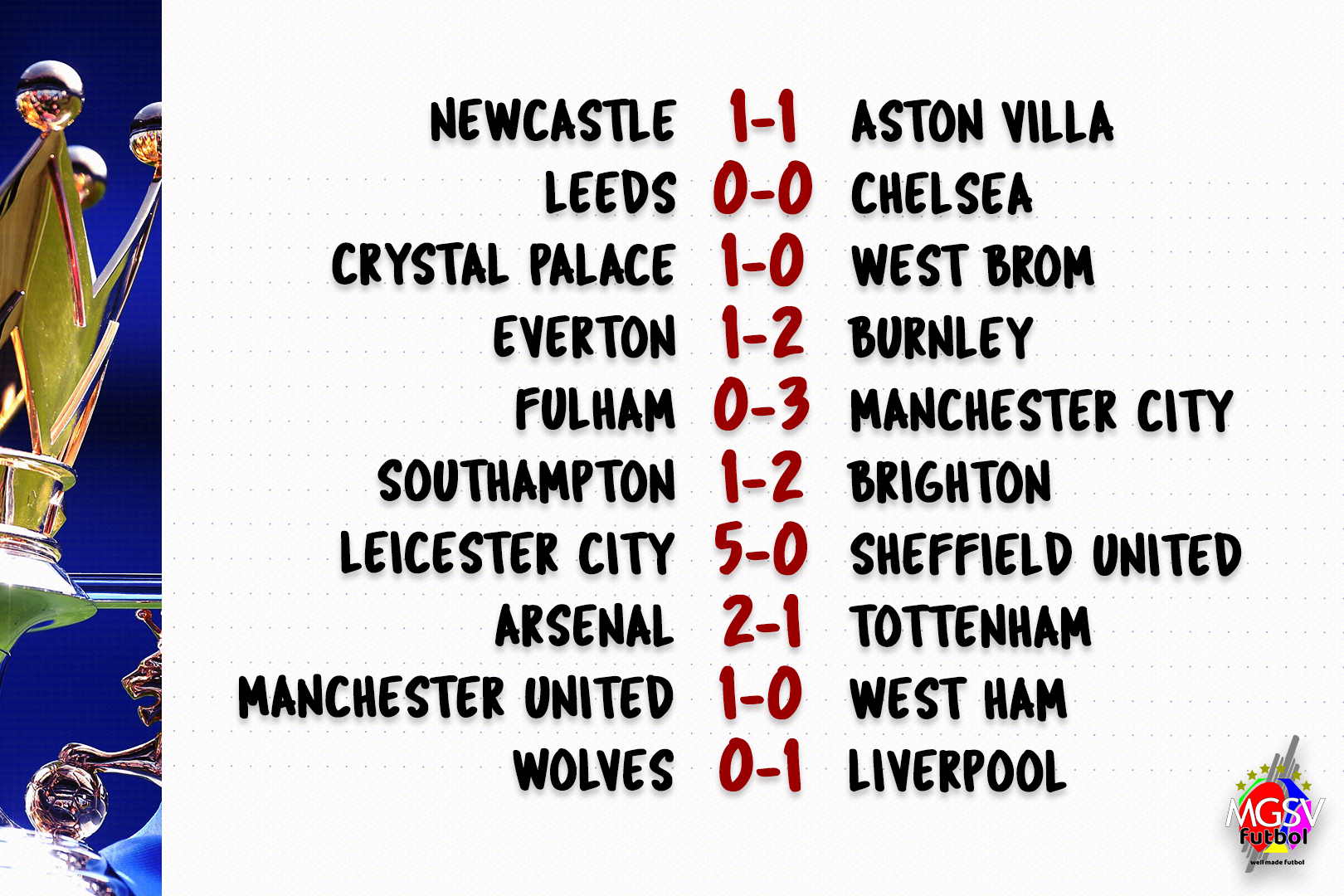 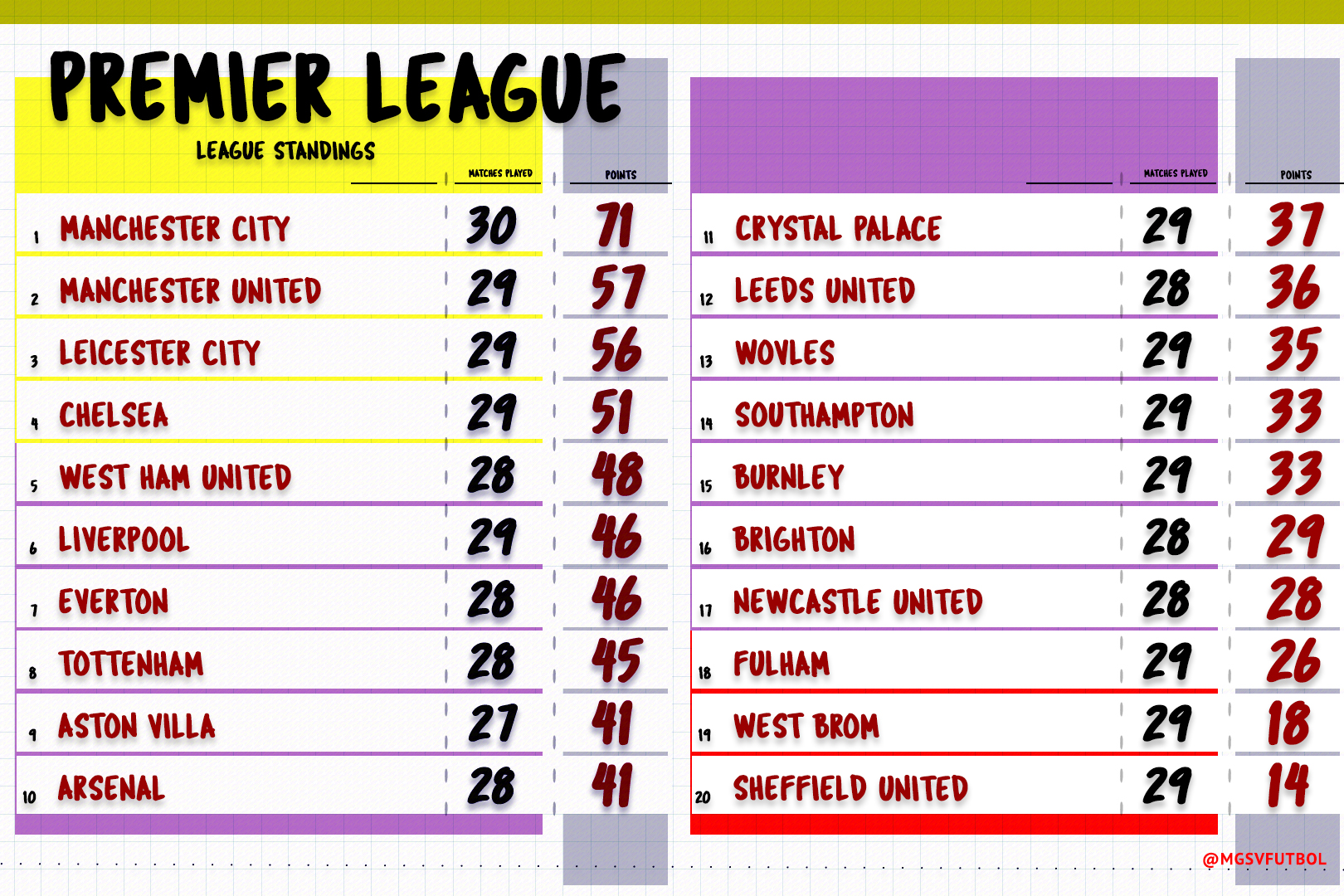 Jamal Lascelles headed in Newcastle’s equalizing goal in the dying minute to get his side a point at home against Aston Villa. Aston Villa had taken the lead in the 86th minute and looked to be leaving with all three points.

Thomas Tuchel’s Chelsea are still unbeaten in all competitions but dropped points at Leeds against a Leeds United side that was on the brink of a third straight league defeat.

A consecutive defeat for Everton. Everoton followed up their defeat to Chelsea with a 2-1 home defeat against Burnley.

They had to wait till the second half to find the goals but Manchester City grabbed three points from a 3-0 win at Fulham to move closer to the league title. Sergio Aguero scored the final goal from the penalty spot. It was his first since January 2020.

Arsenal cme from a goal down to win the North London derby. It finished a 2-1 win for Arsenal to close to narrow the gap between themselves and Totenham down to 4 points. Erik Lamela had an eventful game. He replaced an injured Hueng-Min Son in the 19th minute, opened the scoring for the game by scoring a beauty in the 33rd minute to hand Tottenham the lead, and got sent off after picking up multiple yellow cards.

Manchester United kept second place in the league after a narrow win at home against West Ham.