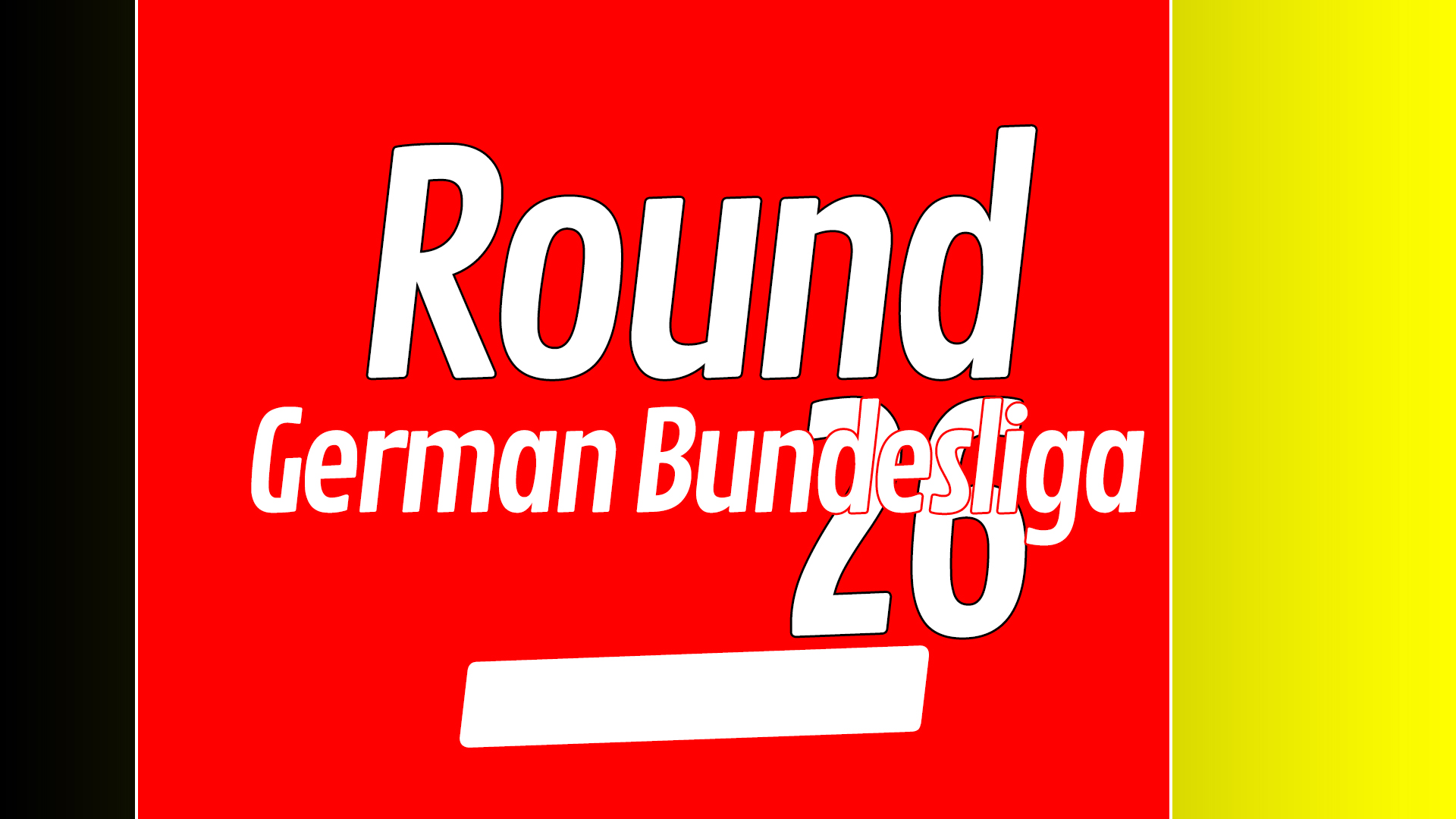 In the race for a Champions League qualifying position …
Bayern Munich and Eintracht Frankfurt are coming into this match on a high from their win in the previous round. Who is winning the match in Munich?
RB Leipzig after dropping points in the last round must try and beat Mainz. Leipzig’s position in the league is under immense threat if they fail to get the right result.
Borussia Dortmund goes out to Wolfsburg in hopes of a win away that will keep them within the reach of the top spot.
Borussia Monchengladbach will have to fight off Bayer Leverkusen.

In the relegation zone threat …
Paderborn will need a result against Hoffenheim.
Werder Bremen must get a miracle away against Freiburg.
Fortuna Dusseldorf faces Koln away. 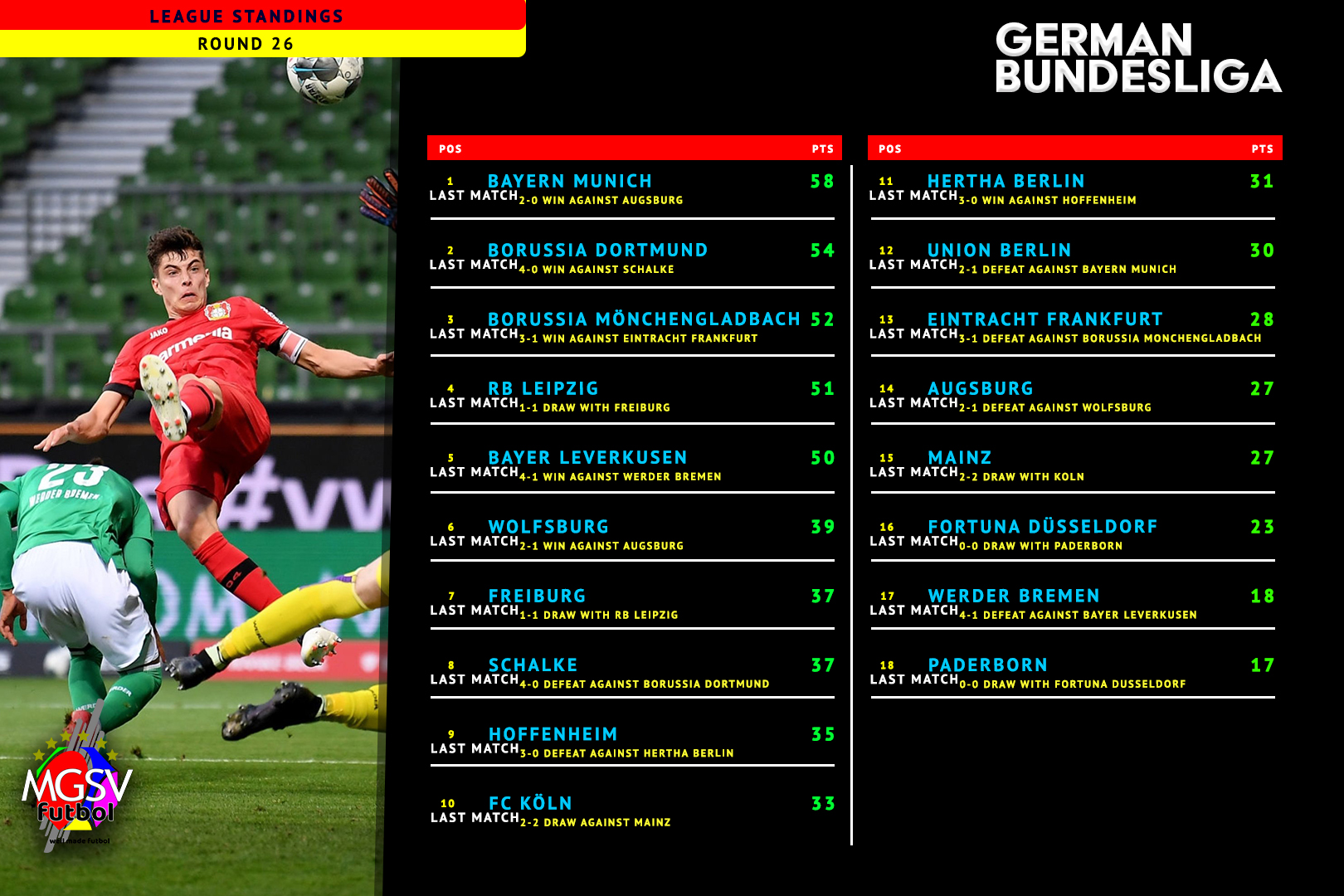 24 points remain in the 2019/20 German Bundesliga for most of the clubs.On paper, there are enough points out there for each club to fight for their desired end to the season.

At the top of the table, Bayern Munich has a 4-point lead in their race for an 8th successive league title.
At the bottom table Paderborn are currently 6 points from a relegation playoffs and 10 points away from safety.

There is a tight race for Champions League football in the coming season. – 8 points between 1st and 5th; and half the point-gap between 2nd and 5th.

With a 8 more rounds left of the season and a Der Klassiker coming up,
Bayern Munich and Borussia Dortmund would both be aiming for a victory over this round. Neither side can afford to slip up if their competition doesn’t do the same.

History tells us that Bayern Munich playing host to Eintracht Frankfurt will be a massive win for Bayern. Should that be the case, then Borussia Dortmund’s objectives at Wolfsburg can’t be less than sealing a victory.

Borussia Monchengladbach is within a win from 2nd place, and will set themselves up well to take advantage of the coming Der Klassiker if they can find victory in this round against a Bayer Leverkusen side that are also just a point out of Champions League qualification spot. Leverkusen will join the ‘top 4’; replacing either Monchengladbach or RB Leipzig.

RB Leipzig didn’t get a winning restart to their season; and dropping points in consecutive matches would cost them dearly.
Not too long ago, Leipzig were the league title contenders. A win over Mainz is now compulsory for Leipzig to keep their the hat in the race and the place in a Champions League qualifying position for the coming season. As for Mainz, any point gained to move further away from the drop-zone should work for them.

A Berlin Derby
The round will be kicked of on Friday with a Berlin derby – ‘Hertha Berlin vs Union Berlin’
A single point separates Hertha Berlin and recently-promoted Union Berlin in the standings.
It will be up to Hertha Berlin to return the favor by picking up a home win against their city rival, or risk falling below them in the ranking at the end of the round.

After a resounding defeat in the Revierderby, Schalke will be looking to bounce back with a win against an Augsburg side that is trying to get further away from the drop zone. – A contest worth watching.