Manchester United were the only side in the top half of the standings to end the round with a win to their name.

Manchester City, Everton, and Tottenham had their games postponed.

Liverpool move a point after a goalless draw with Newcastle.
Manchester United with a game in hand are a win away from the top spot. A late winning goal from Marcus Rashford handed Manchester United the winning goal against wolves.
Everton moved into the top four.
Leicester City remains in 6th despite a draw at Crystal Palace.
Aston Villa remains above Chelsea after a 1-1 draw.

Sheffield United are bottom of the table with two points in 16 games.
The bottom four teams coming into the round stayed were they are on the points they are on. Fulham had their game postponed. 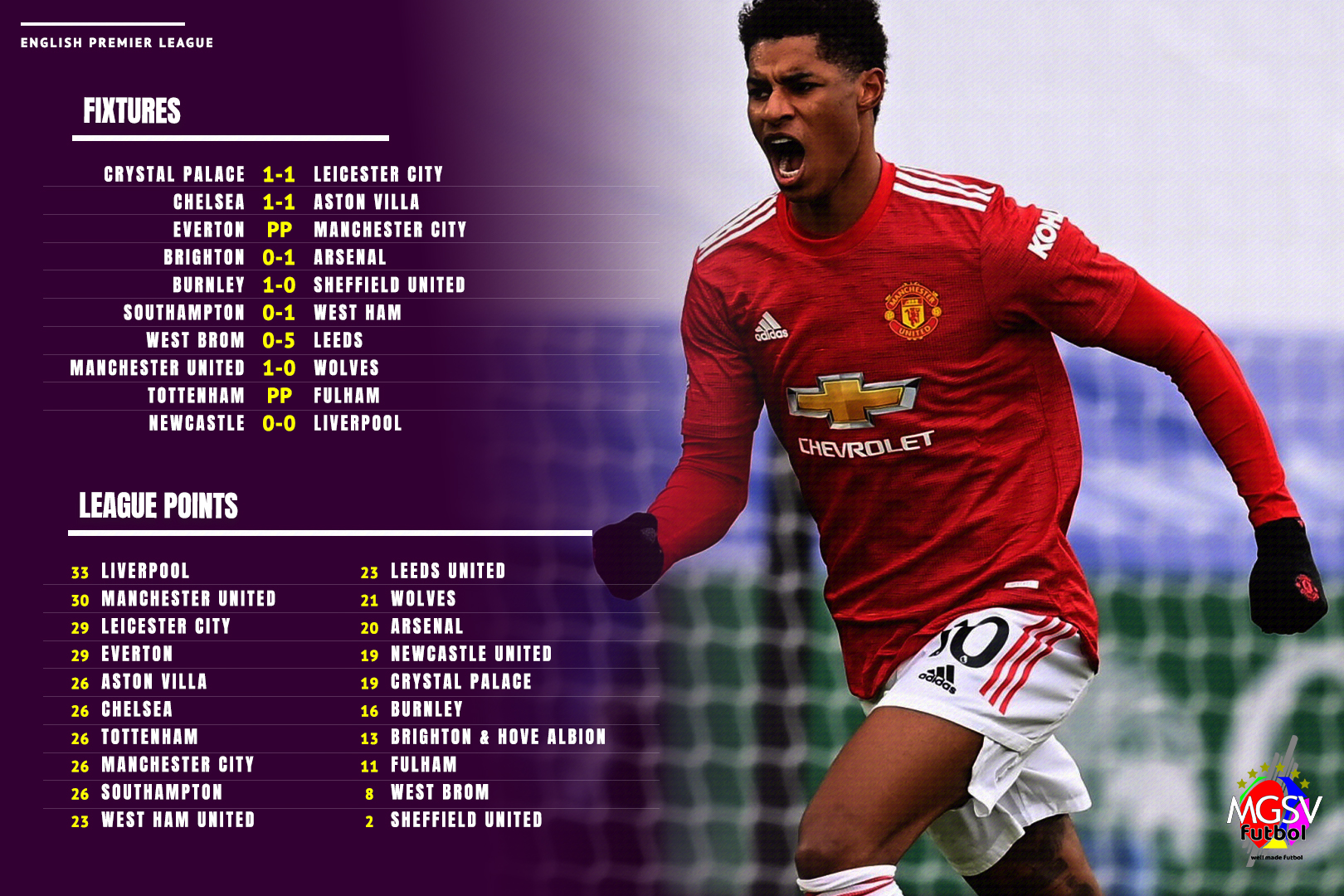 Leicester City managed to avoid defeat but dropped points that would have allowed them to close in on the league leaders in the title race. Kelechi Iheanacho’s penalty miss in the 19th minute ended up costing Leicester City a win against a Crystal Palace side that are now without a win in their last five matches.

It’s one win from the last 5 games for Chelsea. The best Chelsea could do after a 3-1 defeat to Arsenal was a 1-1 draw at home against Aston Villa.

Alexandre Lacazette scored the only goal of the match for Arsenal to make it a consecutive win.

Ben Mee’s goal in the 32nd-minute allowed Burnley to make up for their 1-0 defeat against Leeds in the last round with a win against Sheffield United. 16 rounds of the season without a win for Sheffield United. (87.5% of their games in defeat. )

Leeds were gifted the first goal of the match after Romaine Sawyers back-passed the ball into his own net in the 9th-minute. Leeds added 3 more goals to their lead before the break.

Marcus Rashford’s deflected shot made its way into the net to win the game at the death for Manchester United against Wolves. Manchester Untied are unbeaten in the league since their home defeat to Arsenal. (9 games made up of 7 wins).