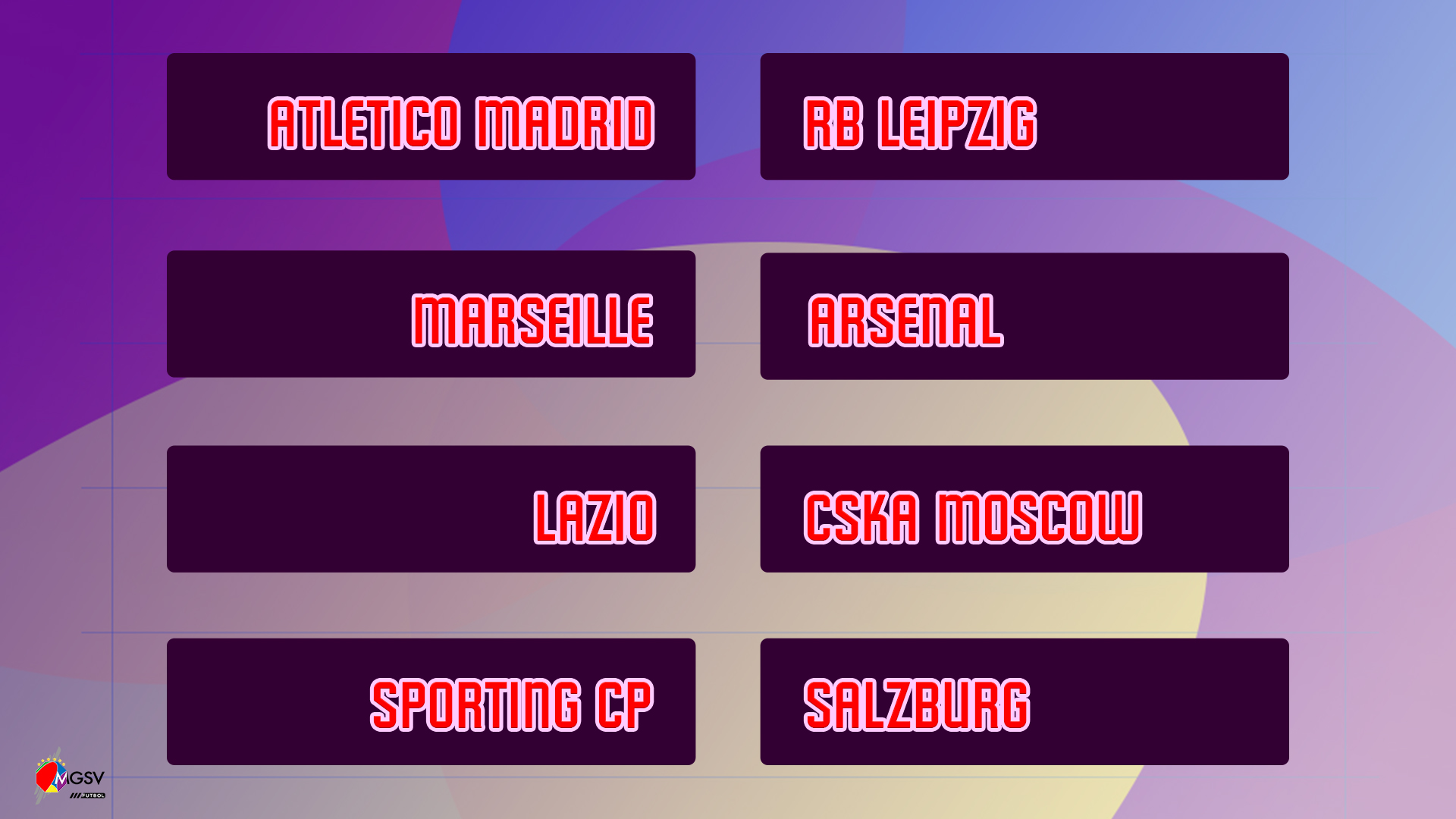 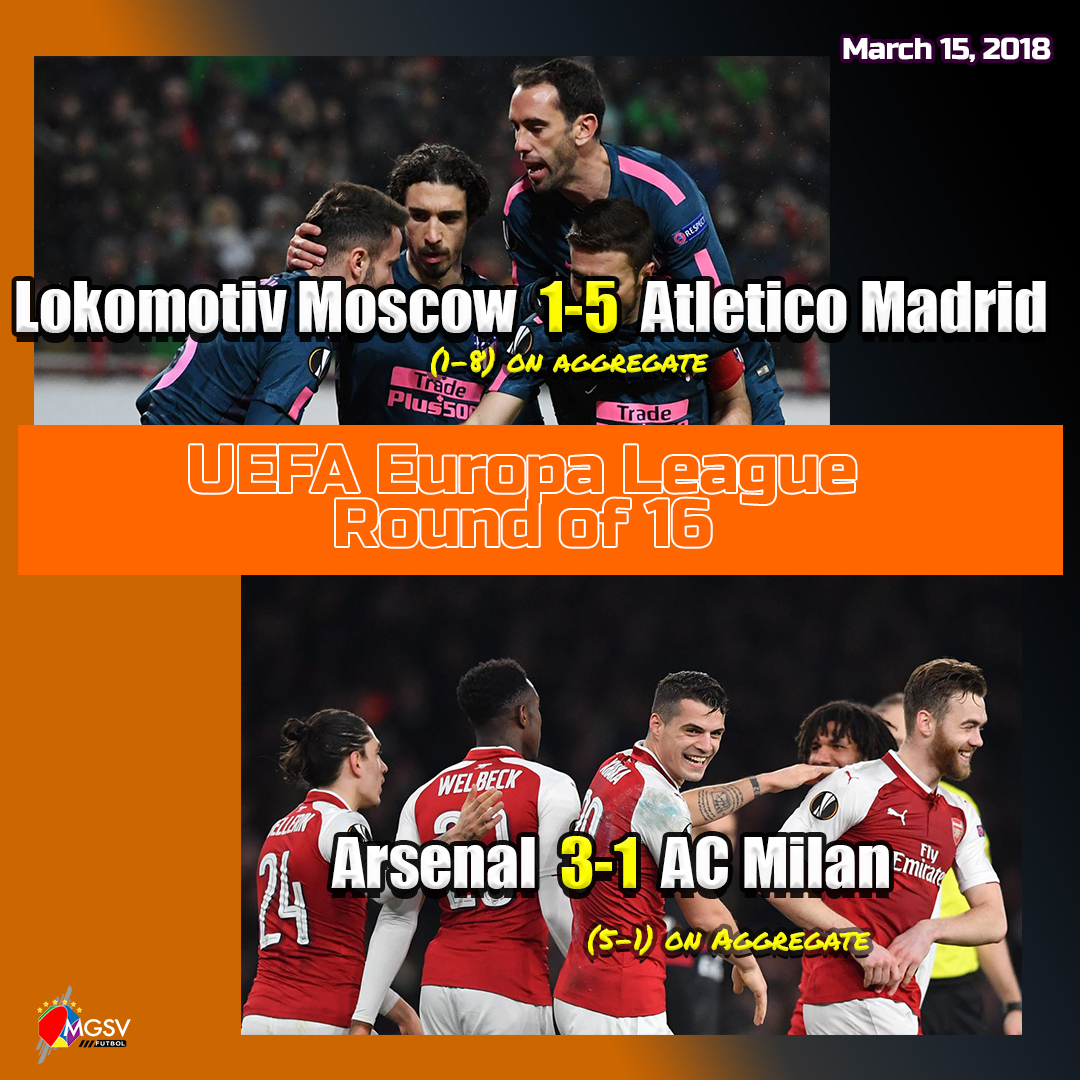 No nation is represented by multiple teams in the quarter-finals.
After a ‘1-1’ draw against Zenit St.Petersburg, RB Leipzig home victory was enough to get them through to the quarter-finals.
Marseille won both legs against Athletic Club to become the only French Ligue 1 side left in the competition as Lyon fell at home to CSKA Moscow, making CSKA Moscow the only Russian Premier League team left in the competition.
Atletico Madrid built on their healthy first-leg lead with another victory of a 4-goal margin against Lokomotiv Moscow.
Arsenal built on a penalty that gave them an equalizing goal against AC Milan. The second leg match ended in a 3-1 victory to Arsenal, sending them into the quarter-final on a 5-1 aggregate victory over the Italians.
A goalless draw against Borussia Dortmund keeps Salzburg undefeated in all a competitive matches since August 27, 2017, and advances them to the quarter-finals.
Sporting CP used an extra-time goal to advance after Viktoria Plzen canceled out the first-leg score with a brace from Marek Bakos.