SPANISH LA LIGA
Eight rounds into the 2019/20 season and Real Madrid is unbeaten and top of the league table.
The expected three teams (Real Madrid, Barcelona, Atletico Madrid) are in the top 3 spots in the league standings.
Lionel Messi played his first full match of the season and opens his scoring for the season by getting Barcelona their 4th goal against Sevilla.
Three players with 6 goals each to their name are leading the goalscoring list in the league – Gerard Moreno(Villarreal), Karim Benzema(Real Madrid), Loren Moron(Real Betis).
Leganes at the bottom of the table without a win. 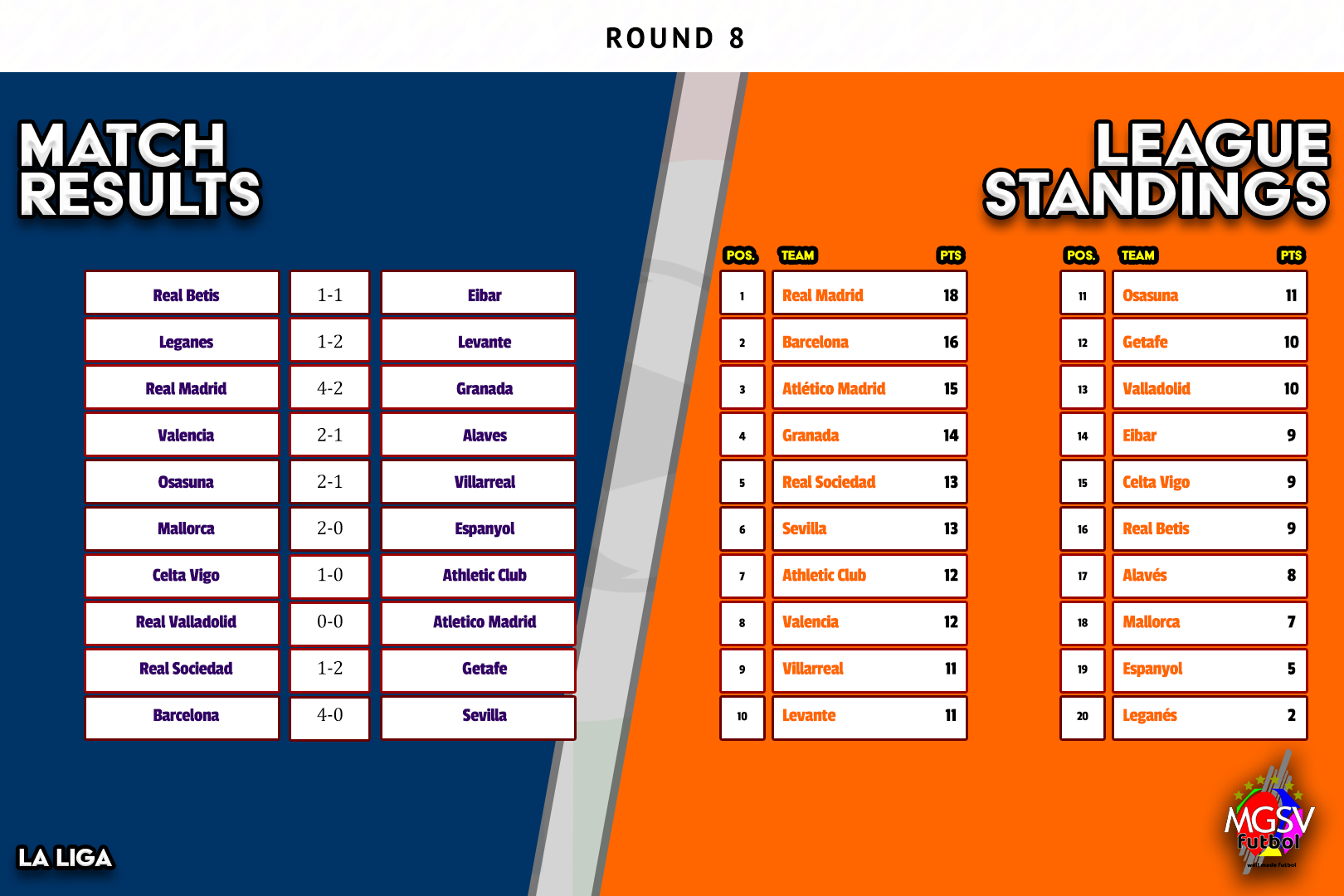 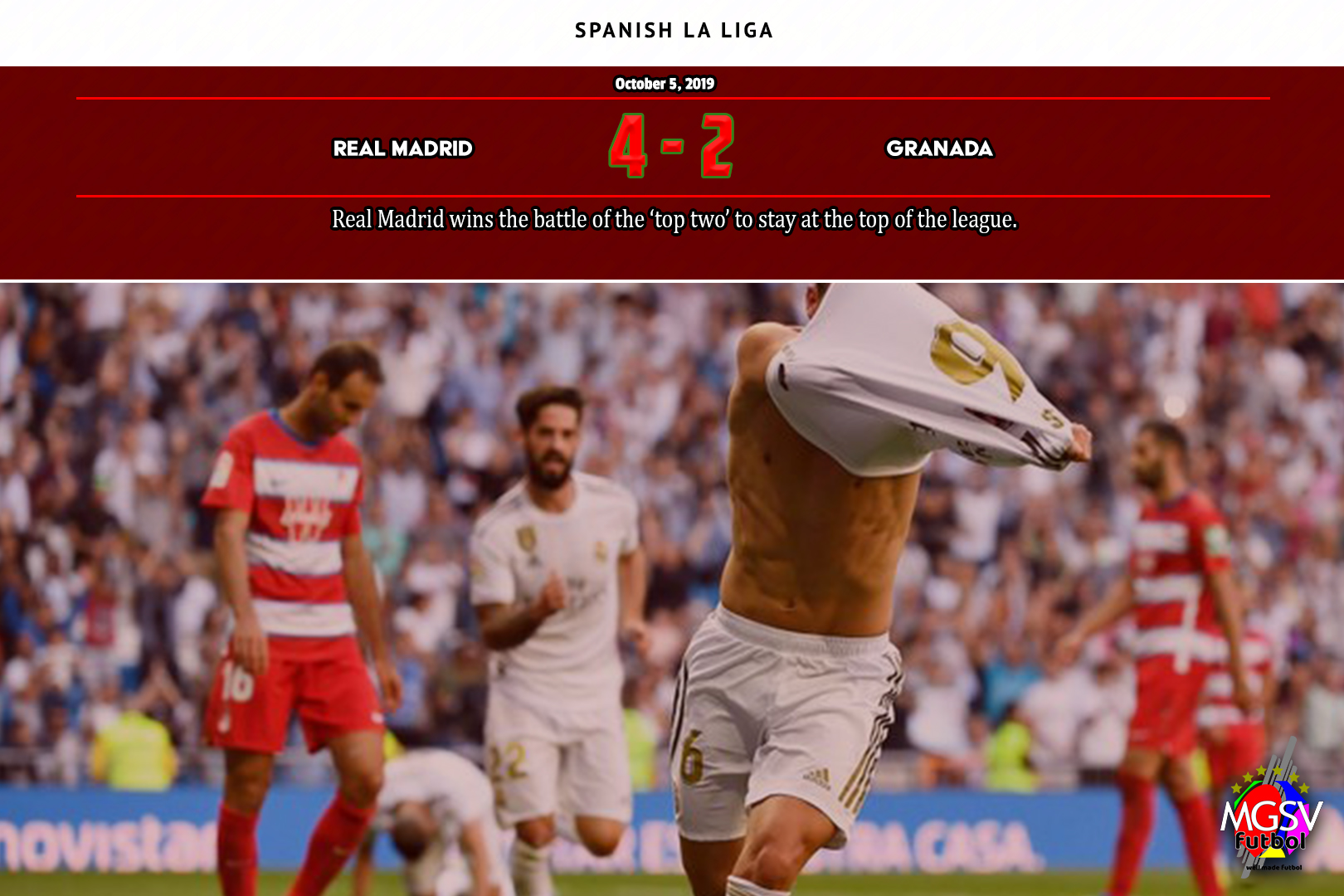 Martin Braithwaite failed to convert the penalty that would have allowed him to score a brace and see that Leganes avoid a defeat at home to Levante. Leganes is the only team in the league without a win to their record. They’ve now lost 6 of their opening 8 matches of the season.

It got nervy for Real Madrid when Granada pulled two goals back to get the score to ‘3-2’, but Real Madrid held on to win the match by 2 goals when James Rodriguez scored in injury-time.

After breaking their 3-match losing streak in the last round, Alaves returned to their losing ways after a ‘2-1’ away defeat to Valencia.

Osasuna wins a close contest against Villarreal to match them in points accumulated in the league standings. Osasuna’s first league win in 5 matches.

Iago Aspas scored the only goal of the match for Celta Vigo to win against Athletic Club. A victory for Athletic Club in this fixture would have seen them finish the round in the ‘top four’ of the league standings.

Atletico Madrid dropped points on the road in a goalless draw against recently promoted Real Valladolid. Sandro Ramirez missed a penalty in the 36th-minute that would have given Real Valladolid an unexpected victory. The result denied Atletico Madrid from finishiing the round in 2nd-place.

Getafe found the goals against a 10-man Real Sociedad to come from a goal down and seal a home victory.

Barcelona moved up to second-place in the league after a convincing home victory against Sevilla.