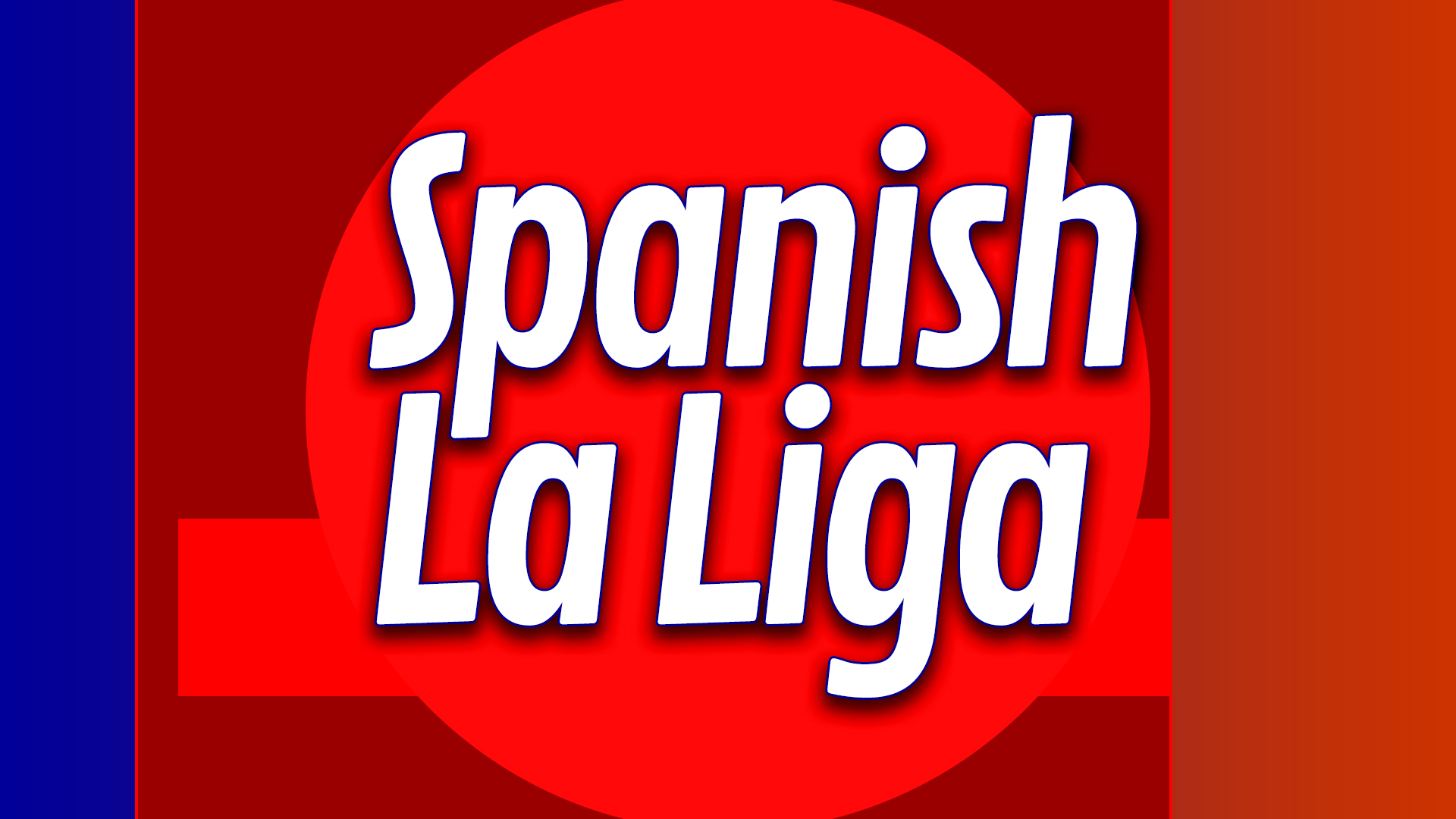 Eighteen rounds into the season and Barcelona has received a 2 point lead at the top of the league table.
The top four is looking ‘traditional’
Lionel Messi (Barcelona) is leading the goal-scoring with 13 goals, and joint top in Assists with Ever Banega(Sevilla), Luis Suarez(Barcelona), and Rodrigo(Valencia) – 6.
Real Madrid can boast of the best defense in the league, conceding 12 goals(fewest) and suffering just a defeat.(fewest).

Highlighted changes in the league standings after the round
Barcelona gets a 2 point lead at the top of the standings.
Atletico Madrid joins the ‘top 4’, replacing Getafe.
Real Sociedad move up in position to 5th.
Villarreal settle in the middle of the league standings from 13th.
The bottom five teams stay in their respective positions from the end of the last round. 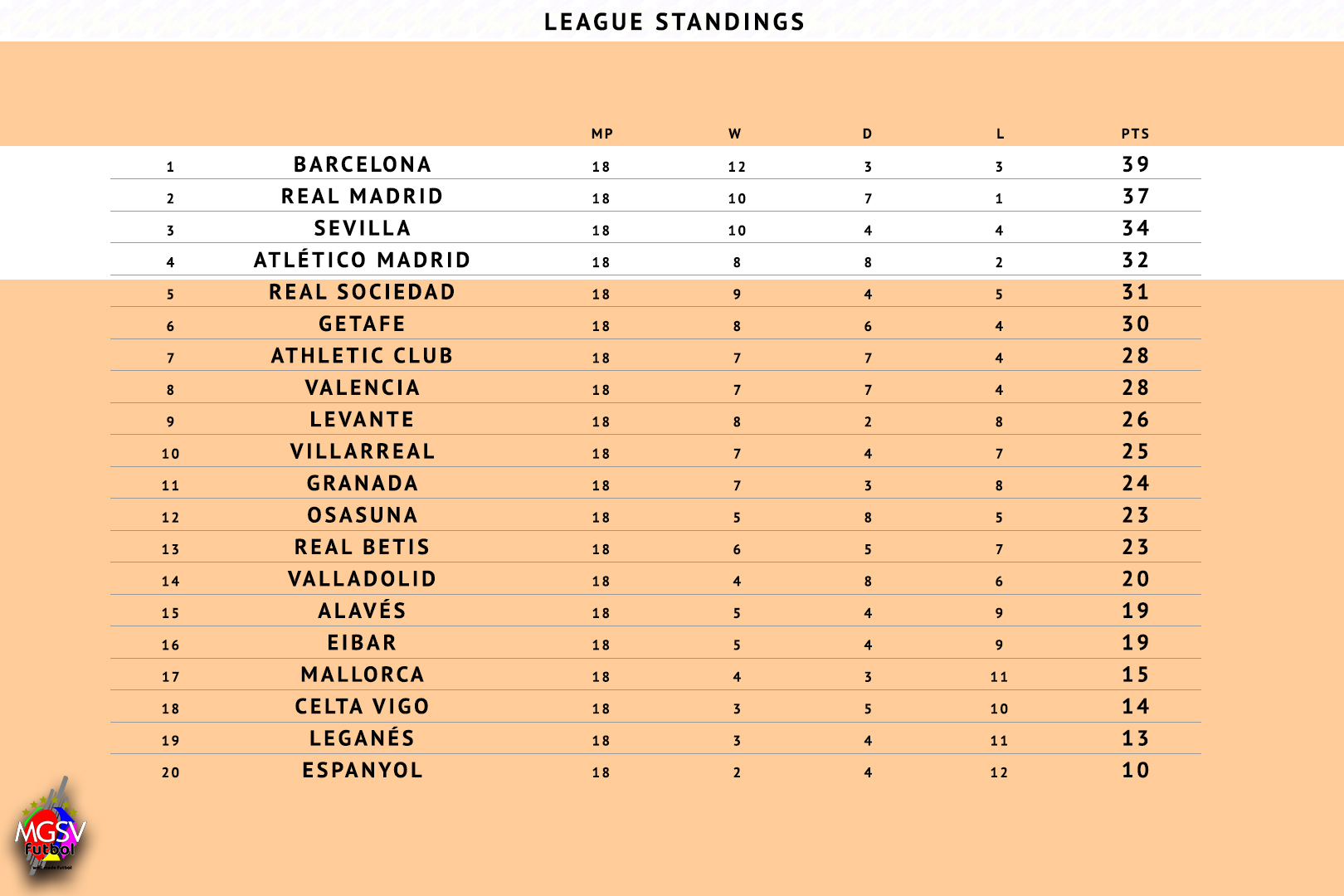 Eibar kicked off the round with a ‘3-0’ win against Granada.

Sevilla did the expected and picked up a ‘2-0’ win against a struggling Mallorca side that Is trying to hold on to their place in the top flight.

Lionel Messi scored his 50th goal of the year in Barcelona’ ‘4-1’ win against Alaves.
Messi’s goal was Barcelona’s third goal of the match, and it brought some calmness to Camp Nou after Alaves had cut Barcelona’s lead in half to make in ‘2-1’.

Getafe failed to get a victory that would have seen them get into the ‘top 4’ after suffering a ‘1-0’ defeat on the road against. Villarreal.

Manuel Vallejo’s goal in the final minute of the match allowed Valencia to steal a point against Real Valladolid.

Leganes opened a 3-point gap on Espanyol through a ‘2-0’ victory when the two bottom-tabled teams met.

Alexander Isak’s goal in the second-half for Real Sociedad became the most important goal for his side, despite having a 3-1 lead at the half.
It was a 7-goal thriller between Osasuna and Real Sociedad.

Atletico Madrid managed a 2-1 win in Sevilla after beating Real Betis.
A first defeat for Betis in 5 league matches, and a rare consecutive win for Atletico Madrid in the league.

Despite being first to get a goal, Celta Vigo couldn’t come out of Valencia with a wing against.
Three unanswered goals in the second-half gave Levante a ‘3-1’ victory.

It will feel like two points dropped for Real Madrid after they failed to capitalize on numerous opportunities to win at home against Athletic Club.
In the end, it ended all square in a goalless draw.