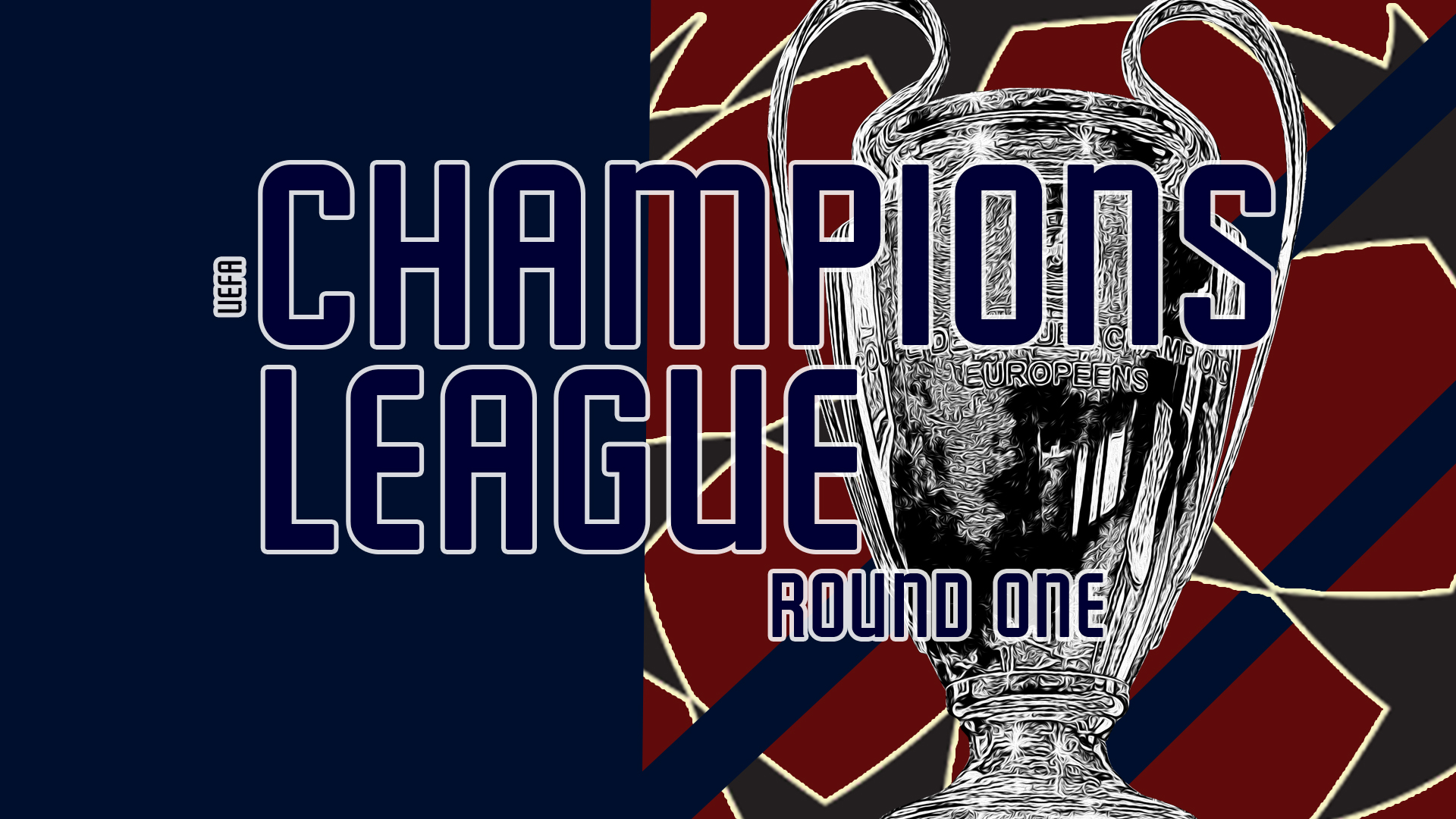 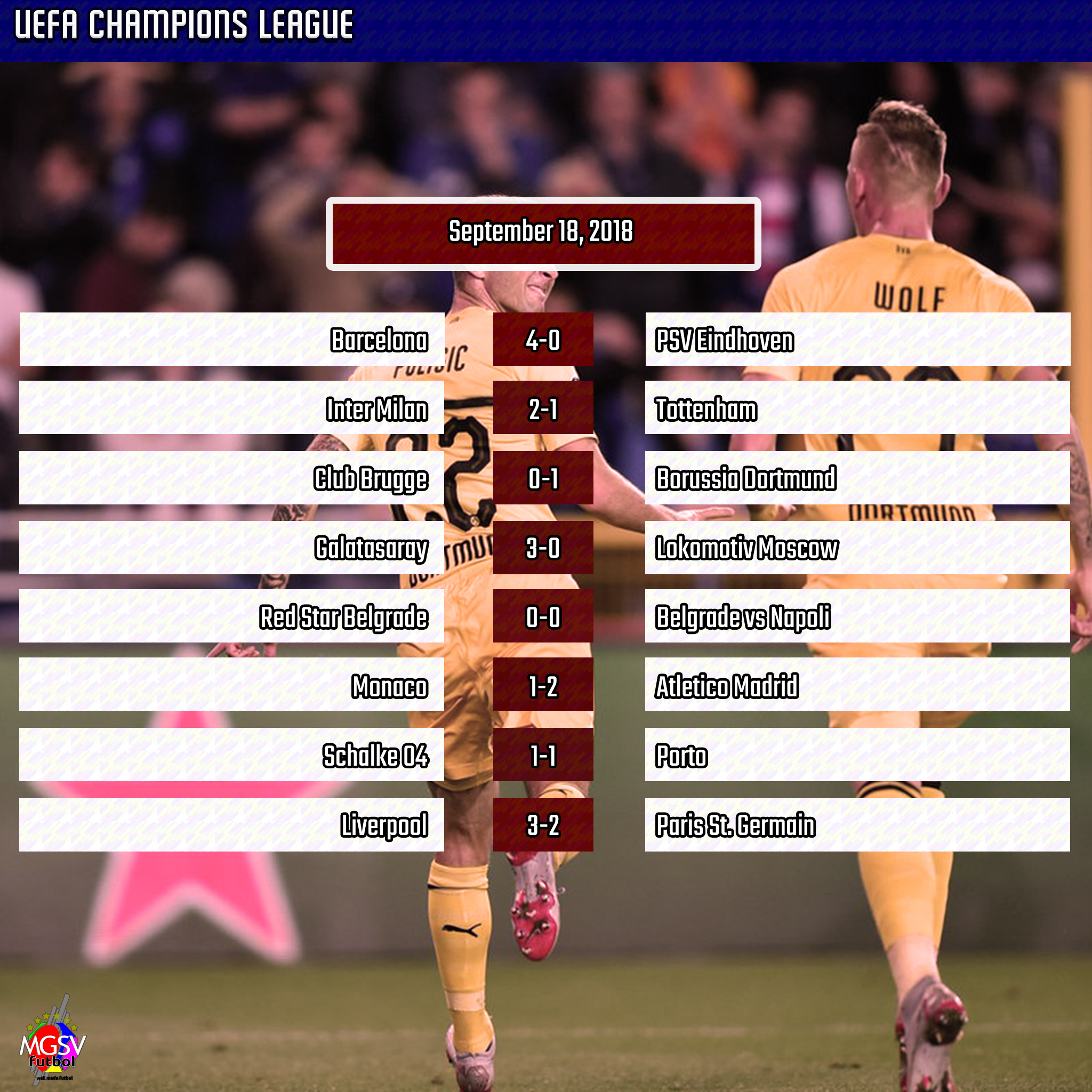 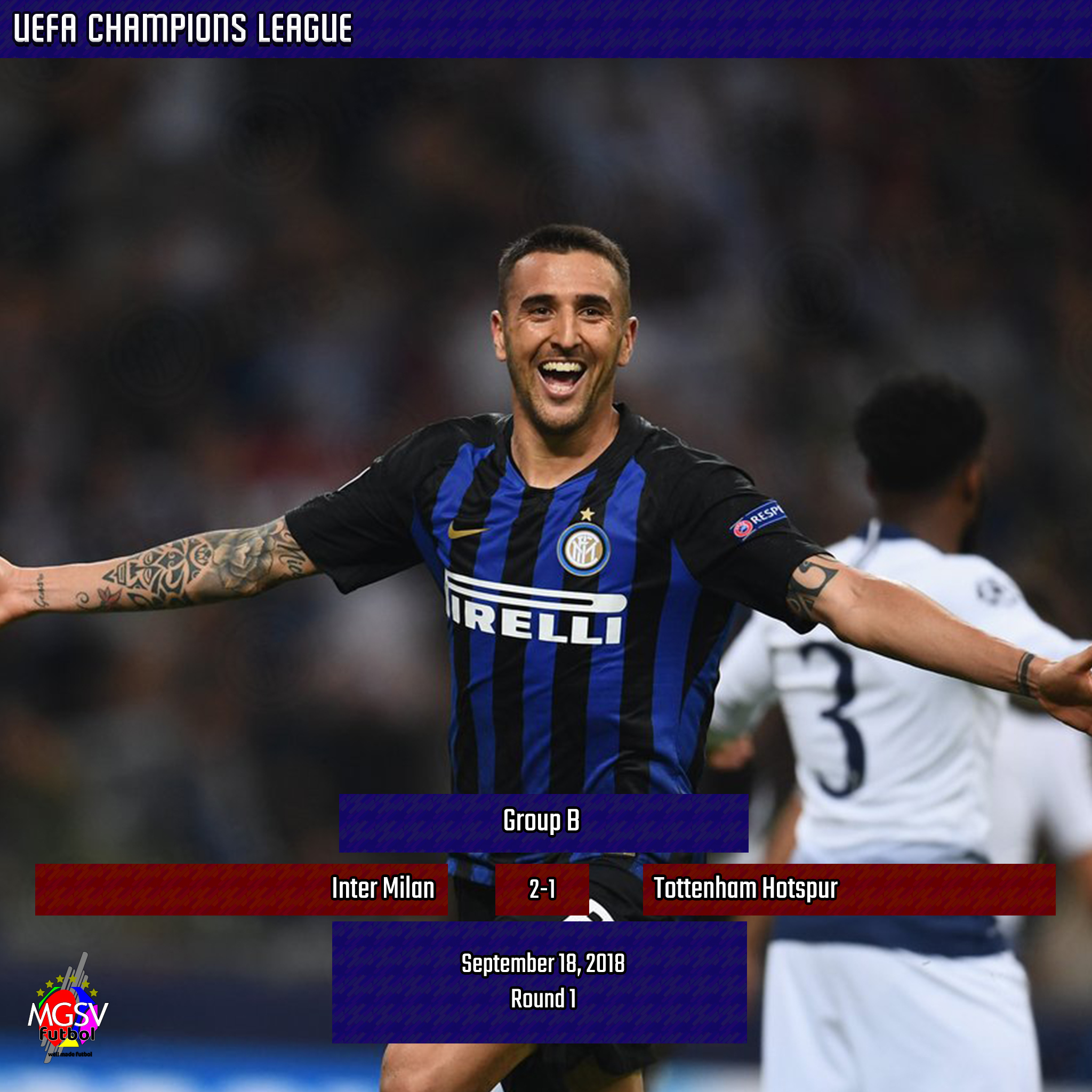 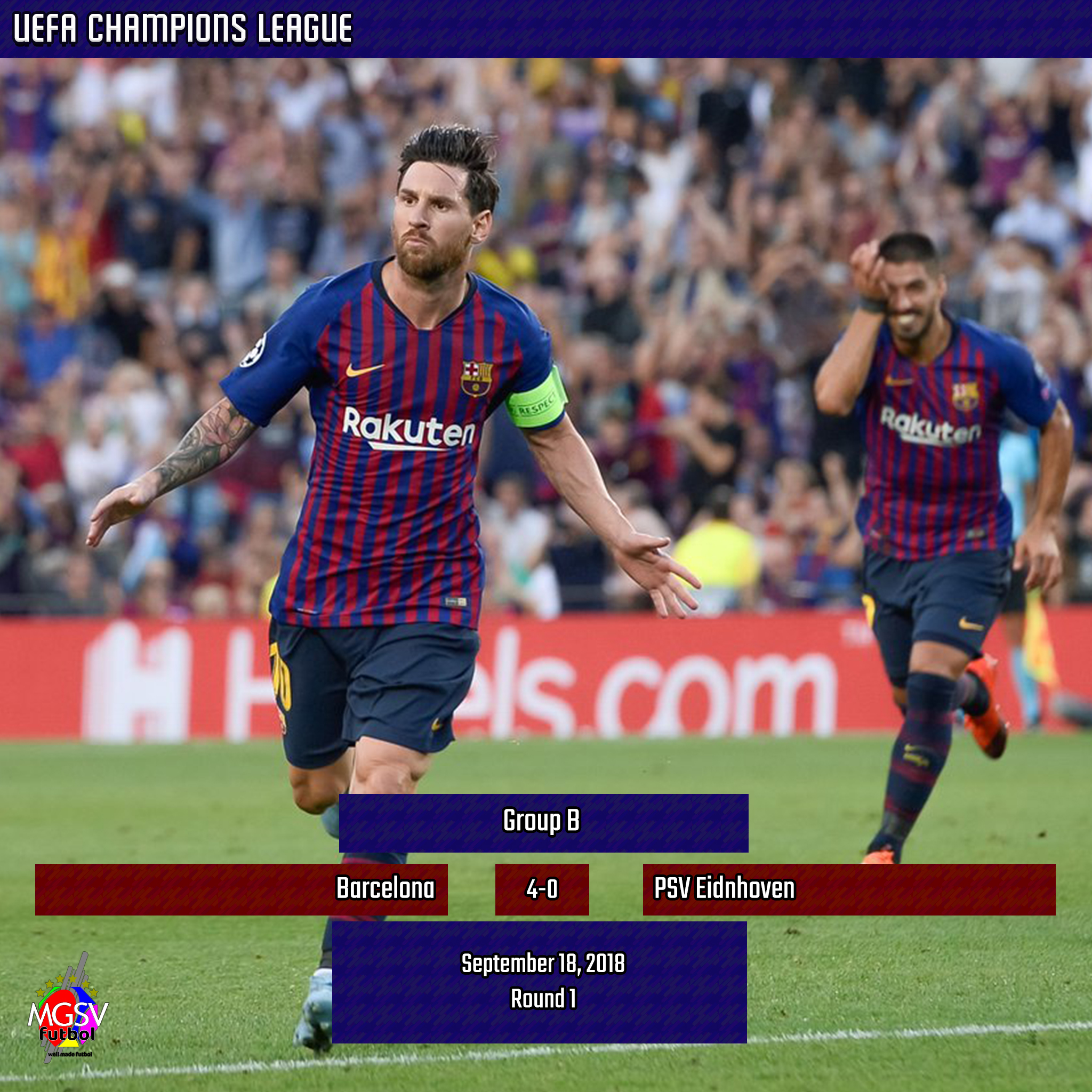 Star Belgrade, Napoli, Schalke 04, Porto, Viktoria Plzen, CSKA Moscow, Shakhtar Donetsk, and Hoffenheim completed their first round of the Champions League with a point each.

Red Star Belgrade and Napoli was the only goalless match of the opening round of the 2018/19 UEFA Champions League.

There were a few shocking results from the opening round of this season’s Champions League. Inter Milan coming from goal down to win by a goal in the final minutes against Tottenham Hotspur was the shocking result from the first day of the opening round. After a goalless first half, Christian Eriksen scored in the 53rd-minute to hand Tottenham the lead that looked to at the very least give them an away goal draw when the match entered into the final 10 minutes of regulation time. An 86th minute equalizing goal from Mauro Icardi sparked Inter Milan’s ambitions to seek a home victory in the dying minutes. Matias Vecino headed in a flicked header from a freekick to score the winning goal for Inter Milan to complete a comeback.

From a freekick, Lionel Messi scored the first goal of the competition to start the process for Barcelona to kick off the season with a 4-0 home victory over PSV Eindhoven. It was the first of three goals for Messi.

Christian Pulisic scored the only goal of the match on his birthday for Borussia Dortmund to win away against Club Brugge.

Atletico Madrid recovered from going a goal down to leading by a goal before the end of the first half against Monaco. Atletico went on to protect the slight lead to leave with an away victory.

Anfield was too much for PSG.
Despite leveling the score after going 2 goals down, Paris St. Germain had to leave Liverpool without a point. Liverpool is successfully going through their spell of ‘difficult’ matches.
Second-half substitute Roberto Firmino was the difference maker when his injury-time goal gave his Liverpool side an important victory against a Paris St. Germain team that was expected to bring a big challenge to Anfield. 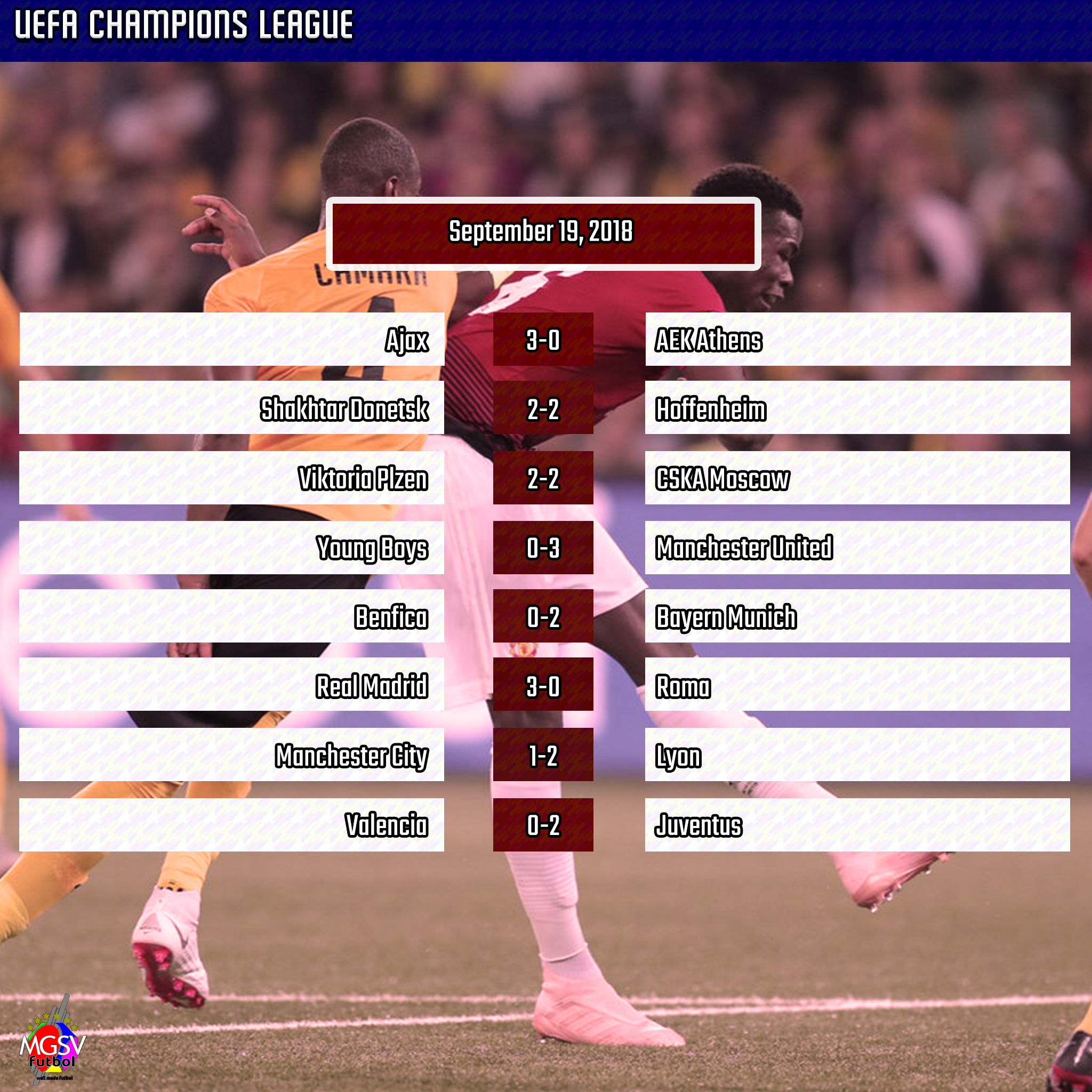 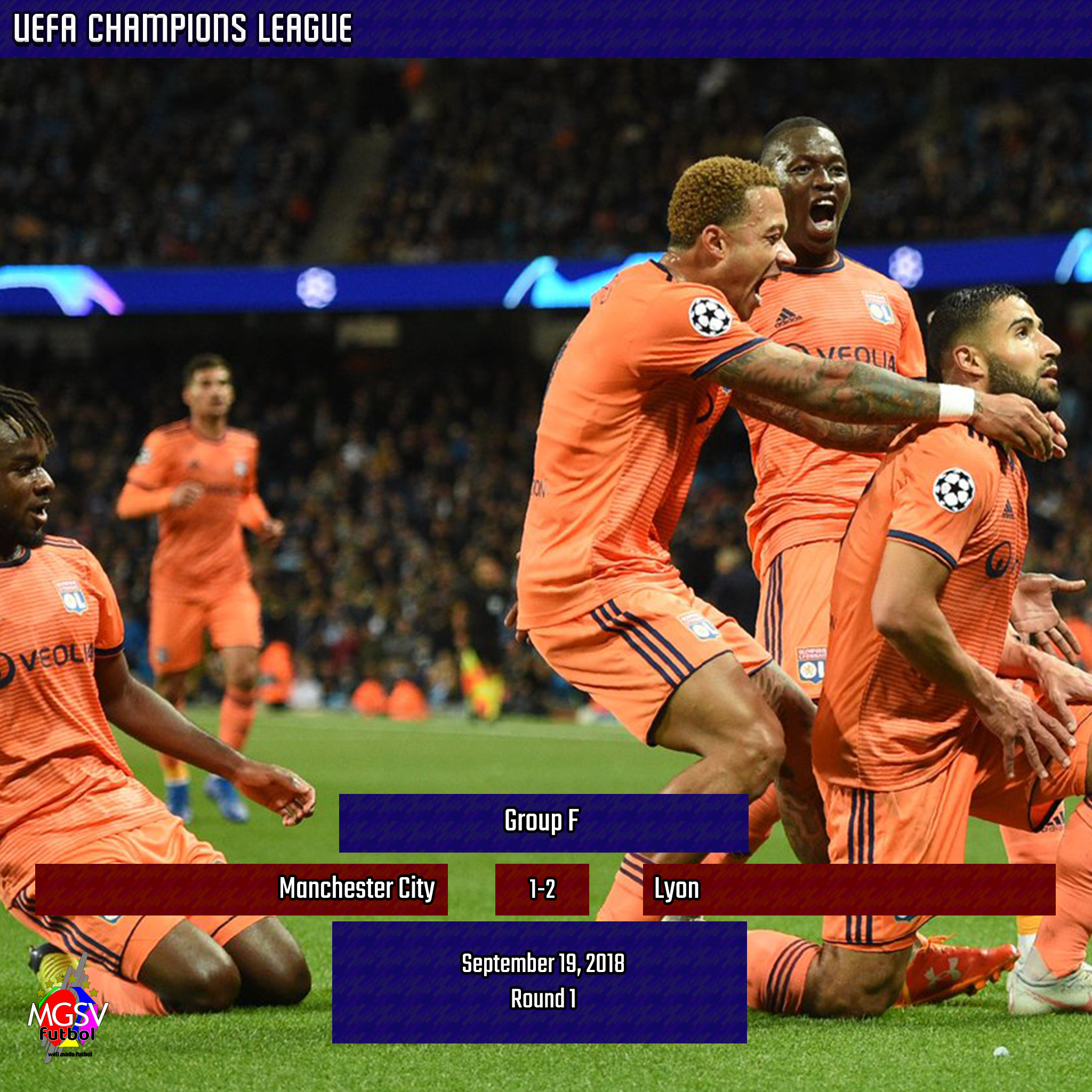 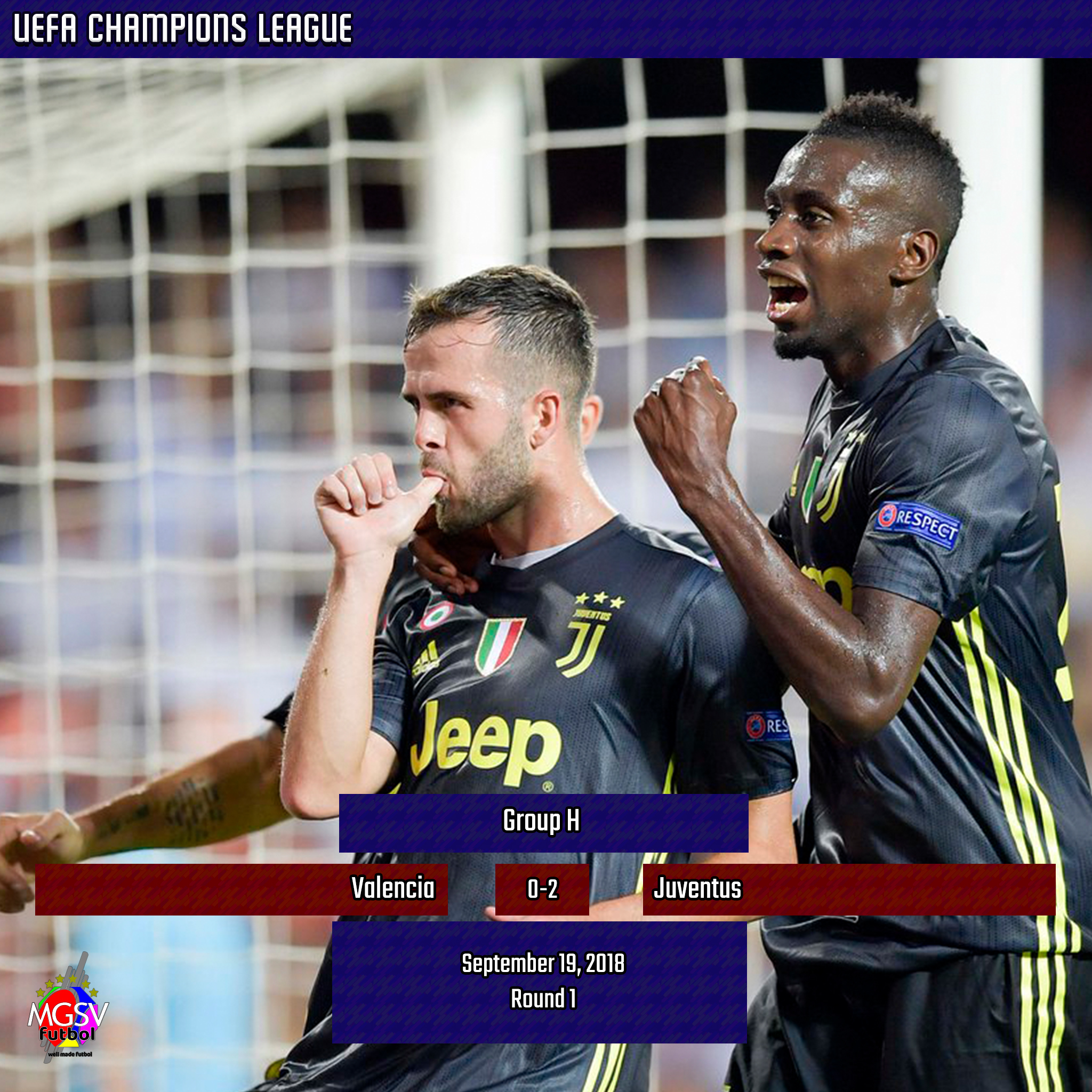 The shocker of the day was when Lyon took goal lead into the halftime break at the Etihad. Manchester City couldn’t come back from 2 goals down and suffered an opening round defeat at home to Lyon.

Cristiano Ronaldo’s debut for Juventus in the Champions League ended early when he was awarded a red card in 29th-minute for pulling the hair of a player. Despite the send-off, Juventus manage to beat Valencia with the numerical disadvantage to take an away win on the opening round.

Three goals in the second-half helped Real Madrid started their title defense with a convincing victory at home over Roma. Gareth Bale opened the scoring and new #7 Mariano Diaz concluded the scoring for Real Madrid’s ‘3-0’ victory.