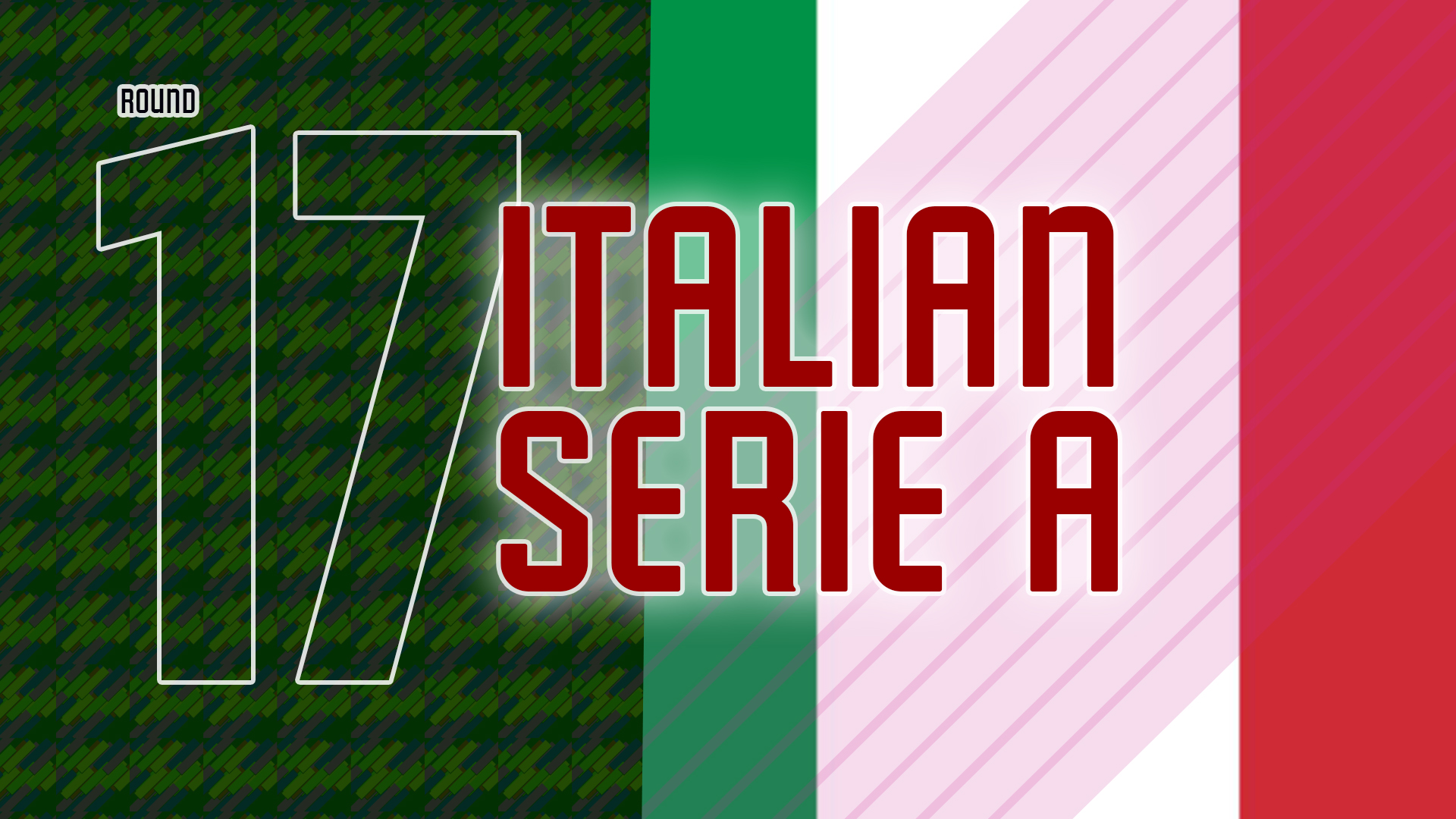 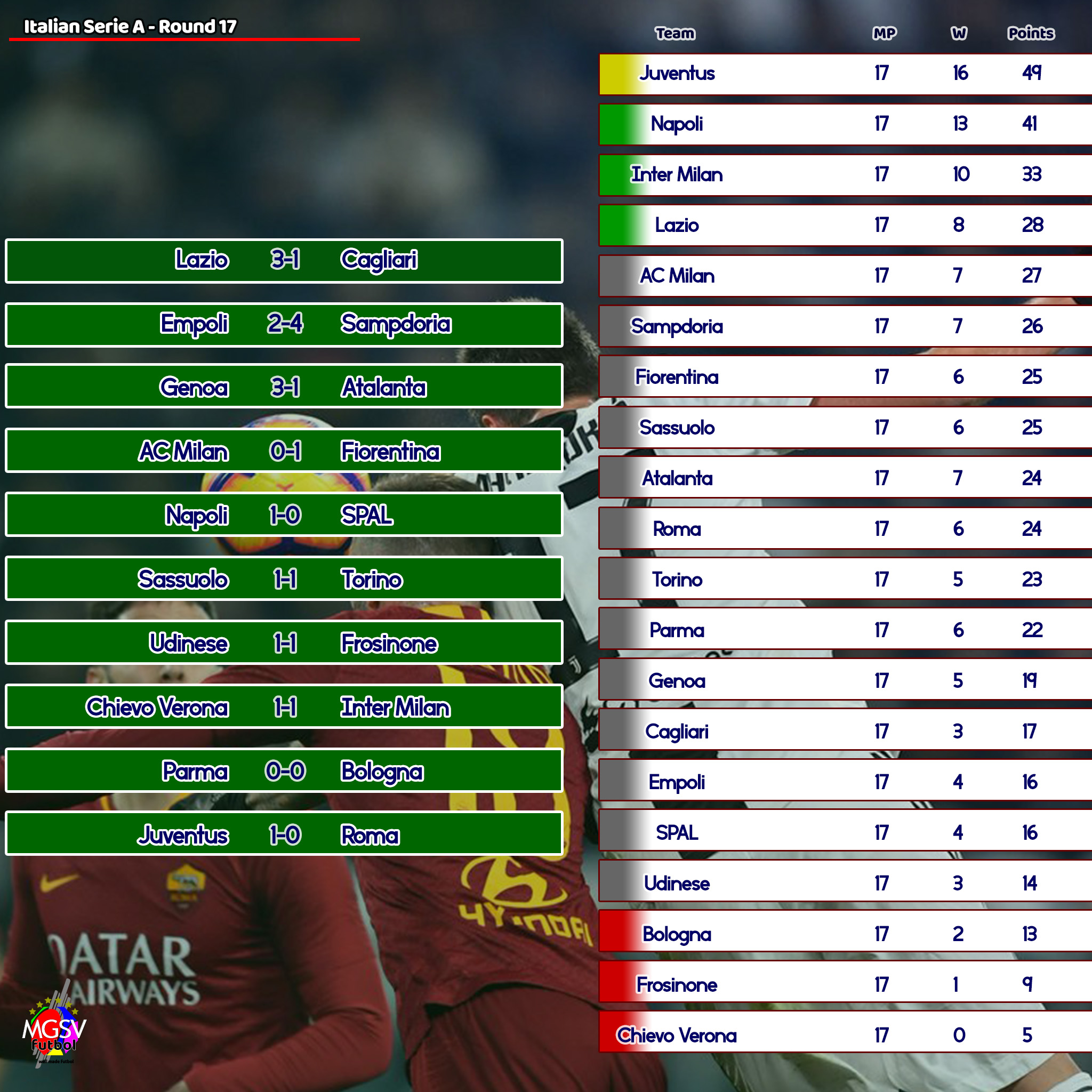 Briefings
Two more matches to the midpoint of the season and Juventus title defense season is going better than they had probably planned.

Juventus 1-0 Roma
Juventus remains unbeaten after 17 matches after Mario Mandzukic’s headed in goal handed them their 16th win in the league and maintain an 8-point lead at the top.

Raul Albiol scored the only goal of the match for Napoli to beat SPAL and deny Juventus from opening a double-digit lead.

Lazio opened the round with their first league victory since November 4th, 2018.
Lazio and AC Milan switched position in the league standings after Lazio’s comfortable ‘3-1’home victory against Cagliari was matched with AC Milan’s home defeat against Fiorentina.

Consecutive defeats for Empoli as Gianluca Caprari scored the difference-making goals for Sampdoria to take the win.

League top scorer Krzysztof Piatek scored his 13th goal (final goal of the match) as Genoa defeated an Atalanta sided that end the match with 9 players.

Inter Milan was deprived maximum points after Sergio Pellissier scored an injury-time equalizing goal for Chievo Verona to take a point at home. Chievo Verona remains at the bottom of the league standings without a victory, but Inter Milan falls further away from the top two in the league after just a win from their last 4 league matches.