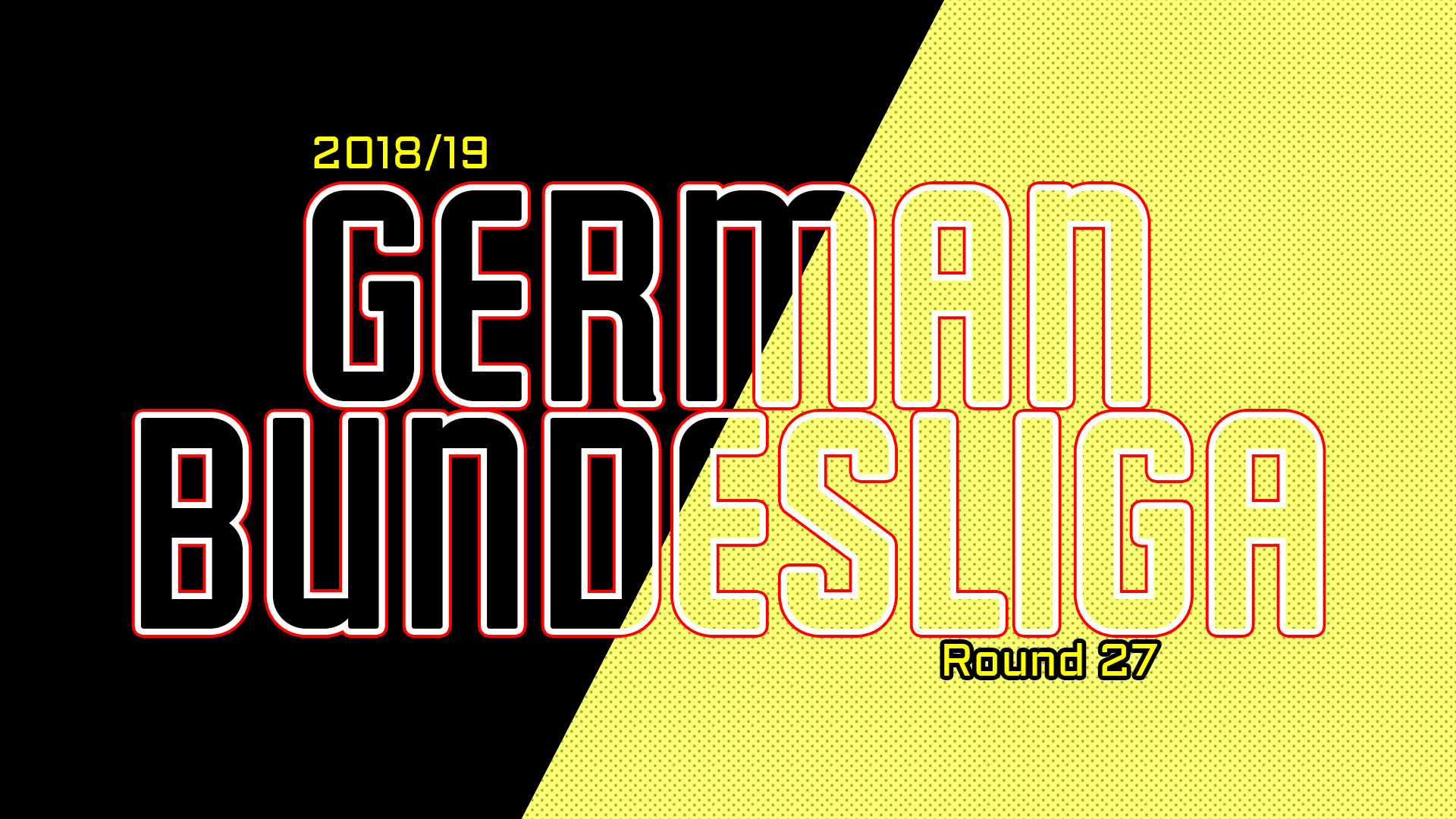 Borussia Dortmund gets back in the driver’s seat after Bayern Munich‘s failure to secure maximum points against Freiburg. Dek Klassiker will be a thrill for the neutral. 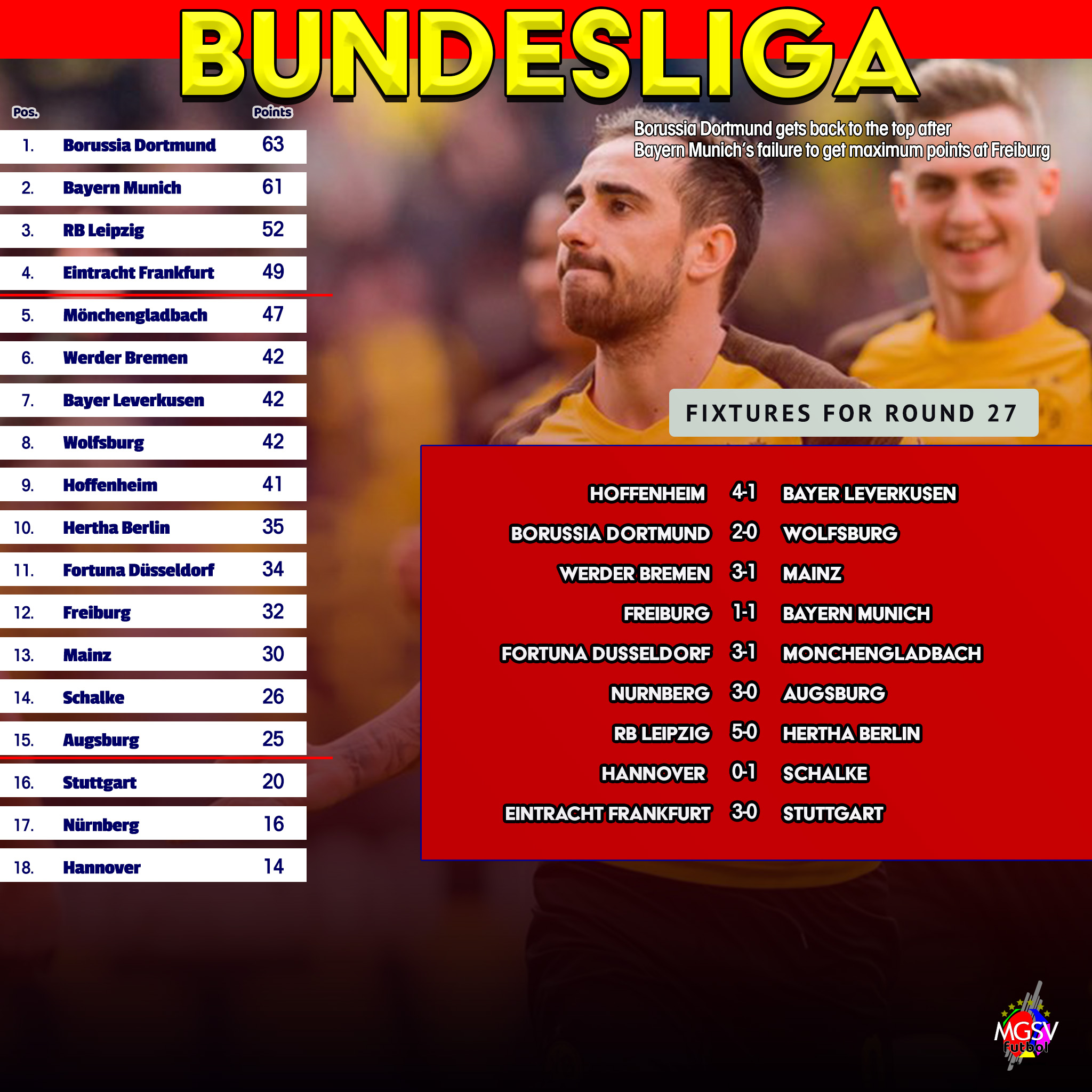 Ishak Belfodil scored two goals as his Hoffenheim side took a massive three points at home over Bayer Leverkusen. Hoffenheim pulled a point behind Leverkusen with the result as both teams have their targets on playing at least the Europa League in the coming season.

Two goals after the 90th-minute mark from Paco Alcacer confirmed a win that allowed Borussia Dortmund to climb back to the summit before the all-important Der Klassiker that is expected to be a title decider. Borussia Dortmund eventually made home advantage count win a crucial ‘2-0’ win against Wolfsburg.

Three wins in a row for Werder Bremen after a ‘3-1’ victory that also handed Mainz their 4th straight league defeat. Max Kruse scored 2 goals to take his goal tally into the double digits.

Bayern Munich will end the season without getting the better of Freiburg.
It was a repeat of the results from the earlier meeting between the two sides. A ‘1-1’ draw didn’t do any favor for Bayern Munich as the Dortmund’s success against Wolfsburg striped Bayern of their first place position going into the highly anticipated Der Klassiker. It is a must-win home game for Bayern when Dortmund comes to visit next round.

Fortuna Dusseldorf dragged Monchengladbach away from the top 3.

Yussuf Poulsen scores three as RB Leipzig tightened their grip on third place through a convincing 5-0 win over a Hertha Berlin side that extended their losing run in the league to 3 games.

Schalke ended a run of 7 consecutive defeats in all competitions after beating bottom table Hannover.
SuatSerder’s first-half goal gave Schalke a lead to win beat bottom table Hannover. The result allows Schalke to create a 6 point gap between themselves and the relegation-playoff spot with 8 matches to go.

Filip Kostic leads Frankfurt to 3 points while locking Stuttgart in the relegation battle.
A ‘3-0’ home win saw Frankfurt take full advantage of Monchengladbach’s defeat in Dusseldorf by replacing them in the Champions League qualifying spot.